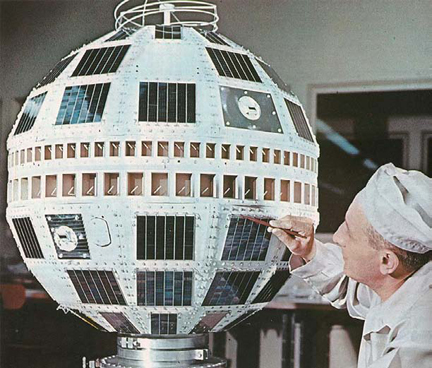 I’m not writing this as a “third party commentator”, but as someone who has been intimately involved with, and has contributed to, the development of satellite communications over the last 35 years. I’ve worked with some of the organizations and people who gave birth to satellite communications—this is really a story from the heart.

My encounters were not just with those people who worked with these early satellites, but also with even earlier efforts including “Moon bounce” stuff, much of which remains classified.

The first active communications satellite was a military satellite, Courier 1B, built by Ford Aerospace for the U.S. Army. It was launched into a LEO orbit on 18th August 1960 and a detailed description was published in the March 2008 issue of SatMagazine here: http://www.satmagazine.com/cgi-bin/display_article.cgi?number=1672851352

What a dramatic transformation has occurred in just 50 years. Today, there are hand-held phones not much bigger than an iPhone that can be used anywhere on the planet to provide immediate connectivity to anywhere else. Direct -to-Home (DTH) satellite TV is the norm and even high data-rate, network-centric business communications can be achieved with ground terminal antenna sizes of only a metre in diameter. Obtaining phone and Internet connectivity from a plane is easy. 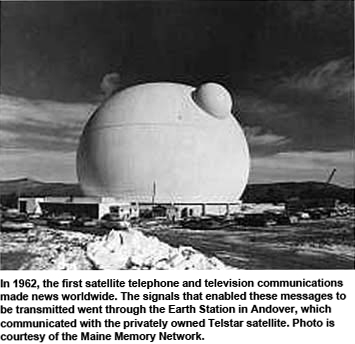 In the area of defence, the current satellite communications capabilities are just awesome—apart from strategic and Government communications, I guess you all know how UAVs are used and controlled!

Wind back the clock 50 years, and what a different world. Twitter and Facebook by telegram would be a bit dull!

One of the leading communications companies, Bell Telephone in the USA, poured massive resources into many areas of fundamental physics research related to telecommunications. This all came together with their Telstar satellite and the equally important ground station developments. They funded the lot, including the launch, which was undertaken by NASA.

Telstar, a 34.5-inch diameter ball covered with 3,600 solar cells, weighing 170 pounds and containing 10,000 components, was launched by a 90-ft. long Douglas Thor Delta rocket (well, missile) into a 2.5 hour period inclined elliptical Earth orbit. Waiting for evidence of it were ground stations at Andover, Maine in the USA, Pleumeur Bodou in France, and Goonhilly in the U.K., with Fucino in Italy not far behind.

There are two excellent videos on YouTube covering the event. The first is a short “newsy” one, with an almost 1950s science fiction feel to it:

The second video is located at

For a really detailed description of Telstar and the events at that time there is nothing to beat the Wikipedia entry at this URL...

Finally, I have penned a couple of blog posts on my Satellite Spy website as well as a SatMagazine article covering the U.K. Earth station, Goonhilly. You might want to have a look:

The SatMagazine article is available at...

About the author
Bob Gough has spent more than 35 years in the satellite communications business and has experience in most aspects of satcoms. This includes seven years with the European Space Agency (ESA). Bob was one of the first six staff members of Filtronic Components, which specialized in the critical microwave subsystems for naval and airborne EW applications. He is also the Asia-Pacific Editor of SatMagazine and MilsatMagazines. These are published monthly by the long-established Satnews Publishers. 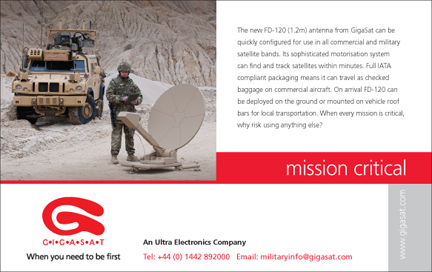