Lowering rocket manufacturing and launch costs is the goal of many firms and entrepreneurs within this industry as the drive to access New Space—or, Space 3.0—becomes more and more important to revenue health.

“Unlike Government exquisite systems (Space 1.0) or commercial exquisite systems (Space 2.0), Space 3.0 is being driven by venture-backed startups that are leveraging a variety of converging factors to produce a new wave of affordable products and services. From reliable space access to new analytics for remote sensory data, startups are disrupting current processes and establishing a new space ecosystem.”—cosmiqworks.org.

CosmiQ Works is an IQT Lab that explores how the US government can leverage new and emerging commercial space capabilities against national security problems.

A concise description of Space 3.0 is available from the technology challenge lab CosmiQ Works, which defines this new movement as the natural progression from the 'exquisite' systems of 'Space 1.0'—government-driven, unlimited funding models such as the Apollo and Space Shuttle programs—to ‘Space 2.0’—comprised of 'exquisite’ systems' from the commercial sector from firms such as SpaceX and Orbital Sciences, which remain, for most of the globe’s population, well out of reach for private-citizen access to space. 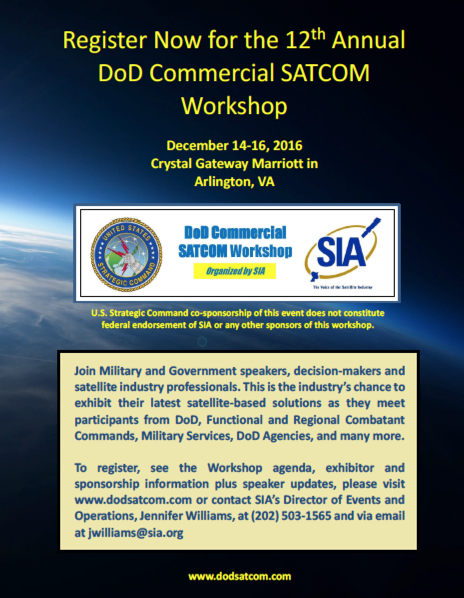 'Space 3.0’ is an environment wherein the upstarts who noted that the Space 2.0 entities as still extortionately priced burst onto the scene with revolutionary concepts to further drive down launch costs. The new price levels provide an affordable gateway for space entrepreneurs targeting the military/agency/government (MAG) and commercial domains with the intention of creating businesses or applications that exploit the new economic zones.

IOS explores rather unconventional methods of conducting launches and the gamble pays off through the avoidance of established spaceports and by offering nimble and totally mobile launch–on-demand services through the firm's self-contained, ocean-based spaceport and “Floating Launch” concept of operations. The company creates disposable, deeply discounted and radically simplified ‘smart’ rocket systems that win in the price-war arena.

Due to IOS' minimum cost design and modular mass-production manufacturing philosophy and methodology, the company is experiencing a launch booking upswing that has six of their NEPTUNE N3 and one N8 launch vehicles fully manifested for the 2017to 2018 time period.

The scalability of all of the rocket systems and the firm's Concept of Operations (ConOps) are proving to be attractive to a number of Department of Defense (DoD) interests that are seeking to increase their testing and operational capabilities, chiefly in the realm of smallsat communications and ad hoc, rapid–response constellation node deployment from any ocean-based location on the planet. IOS additionally possess the ability to conduct mobile land-based launches with the same dexterity, reach, and mobility the firm envisions for all ocean-based orbital launch operations.

LEO and Lunar Missions
IOS, in collaboration with world-renowned interplanetary trajectory and orbit designer, Ed Belbruno, is developing a lunar-impact mission that will be attempted in 2017. 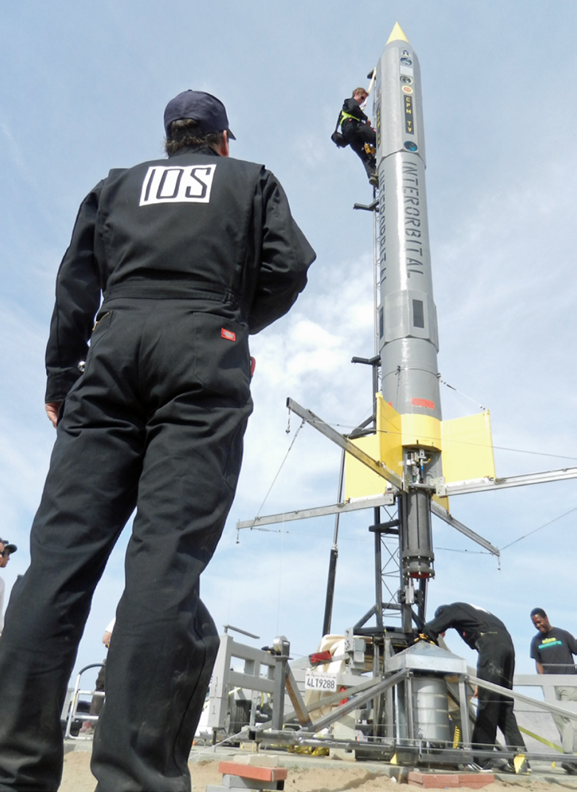 Dr. Belbruno, the founder and CEO of Innovative Orbital Design, Inc. (IOD), is calculating a lunar trajectory that has a minimum reaction-mass requirement. The payload will be based on IOS' TubeSat and CubeSat technology.

The mission, designated the "Lunar Bullet," will feature a lunar-direct trajectory that ends with a hard impact on the Moon's surface. During the lunar approach phase of the mission, HD video will be continuously transmitted to Earth until impact.

The project will be similar to the NASA Ranger mission from the 1960s. The Lunar Bullet be the first payload launched by a commercial rocket company to the surface of the moon. The IOS/IOD mission will also serve as a precursor to Interorbital's launch of Team SYNERGY MOON's Google Lunar X PRIZE mission, with that attempt slated for the end of 2017.  The Lunar Bullet Mission will verify IOS' launch and interplanetary navigation technology.

The launch vehicle for the "Lunar Bullet" mission will be the bipropellant liquid IOS NEPTUNE 3 (N3) rocket, which will include an updated version of the company's Common Propulsion Module, the CPM 2.0.

Each CPM 2.0 is assembled from an array of four carbon-filament-wound tanks, a single gimballed engine, a valve and controller unit, and a fairing. The CPM 2.0's four-tank array includes three propellant tanks and a single pressurant tank to provide regulated pressurant flow during the operation of the rocket engine.

CPM 2.0 has been shown to have substantially improved engine performance. The N3 is a four-stage launch vehicle that is constructed by bundling three CPM 2.0s. The third- and fourth-stages are composed of a series of IOS Minerva I solid rocket motors. 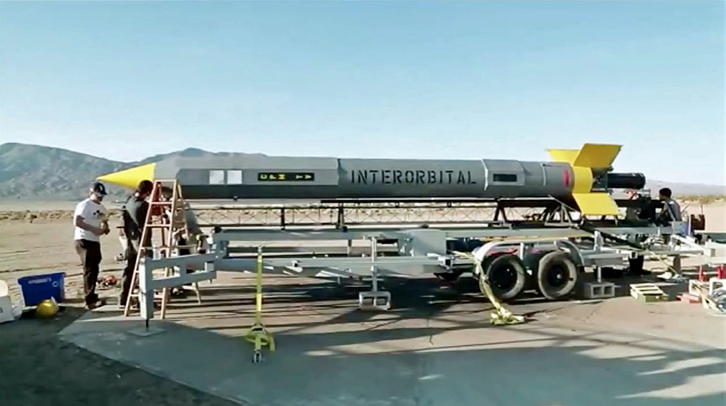 IOS has completed the design of their Google Lunar XPRIZE (GLXP) launch vehicle for Team SYNERGY MOON, which will be assembled from eight CPM 2.0s and will include enhanced-performance rocket engines that will each deliver 20,000 pounds (88,960-newtons) of thrust. The launch vehicle has been designated the N8 LUNA and is capable of launching 500 kg (1,102 lb) into LEO or a 12 kg (26.5 lb) payload to the surface of the Moon.

Currently In Build
Two CPMs are currently in build mode: one is designed for a low-altitude guidance system flight test and the other for a full-performance, space-altitude suborbital (up-and-down) flight to test all communication and control systems as well as the satellite deployment unit for in-flight and in-space performance evaluation.

Also in-build are modules for two NEPTUNE 3 (N3) orbital launch vehicles—one for IOS’ first orbital launch of 12 smallsats set for mid-2017 (the date is launch-license dependent) and the other for the Lunar Bullet mission.

Prior to December 31, 2017, Interorbital will make an attempt at winning the Google Lunar X PRIZE using a NEPTUNE 8 (N8) enhanced rocket to send a lander and rover for Interorbital’s GLXP Team SYNERGY MOON for a soft landing on the Moon.

Satellite Kit and Launch Program
IOS offers Personal Satellite Kits: a TubeSat which is circular in form factor, and a CubeSat, which is cubic. These kits have all of the components and instructions needed to build a working satellite that is small enough to fit in the palm of one’s hand. 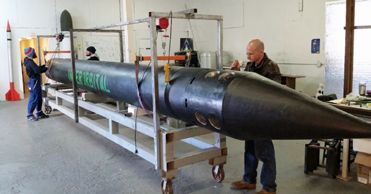 The price includes launch of the smallsat on a NEPTUNE rocket in a ride-share arrangement. The number of satellites carried depends upon the number and mass of the satellites, the altitude, type of orbit to be used as well as the configuration of the NEPTUNE launcher employed—N3, N5, or N8.

Kits for complete smallsats are readily available for less than the price of a car and they may be acquired by any interested party, from military and government organizations to students to those whose interests are purely commercial in nature. There are a few countries to which kit export cannot occur, due to US regulations.

Orbital smallsat launches are projected to start in mid-2017. IOS currently launches clients’ test satellites to low-altitude for testing in preparation for their orbital missions. These suborbital launches inform the satellite owners how well their spacecraft can handle the rigors of flight, G-forces, vibration, and so on, before they are placed into orbit.

IOS now has a total of 137 satellite units booked for orbital launches, with many clients having multiple satellites on the company's launch manifest. For a complete list of current customers, please see http://interorbital.com/interorbital_06222015_014.htm.

Wes Faler, from NASA CubeQuest Challenge Team MILES, said, “The launch slot I've secured with Interorbital is instrumental in the 7 digit funding of a new company and suborbital flights are the critical path to proving our technology.” 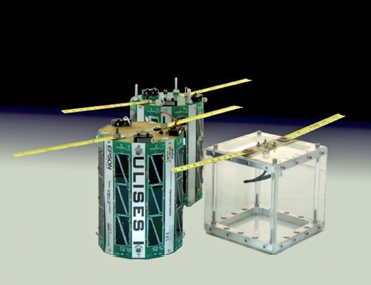 The IOS Approach
IOS notes well the ‘market pain’ that drives Space 3.0 chiefly as encompassing a vast field of potential customers who possess no low-cost space-access and/or infrequent launch opportunities with only a secondary payload status available to them.

The current industry solution to these problems is RideShare, which is far better than no-ride. However, this temporary fix may still not be affordable for smallsat start-ups and independents and is not always ideal. As a secondary-payload, usually the client has no control and must consent to be dragged along for the expensive ride to the primary-payload’s possibly undesirable orbit.

Interorbital’s solution to this situation is to provide abundant Launch-on-Demand using the firm's NEPTUNE Modular Rockets for dedicated smallsat launches, and employing its private, completely mobile land- and sea-based spaceports as the operation bases.

All payloads are treated as primary, not secondary concerns. These ultra-flexible launch services, combined with IOS’ satellite kits, are the catalyst that can take the customer from a PowerPoint abstraction and transforms the possibilities to one of performance, from the self-empowering construction and launch of a personal satellite, to designing, launching, and operating a 60 satellite constellation. 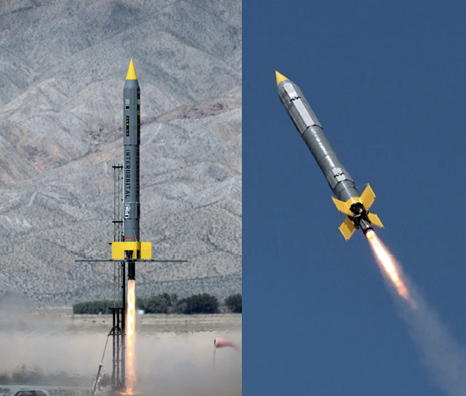 Interorbital’s 2017 technology objective is to conduct an LEO launch for under $1 million when the firm's modular, dedicated smallsat rocket system is operational. All components of the rocket system are made in the US and Stage-II of the IOS NEPTUNE rocket has already successfully flown.

Closing 2016
IOS milestones for 2016 include completing the refinements to guidance system software and hardware in preparation for hot-fire field-test of the gimbal system, which is to be followed by testing the guidance system in flight. A CPM 2.0 is currently in-build for that next flight.

To implement low-cost mass-production techniques, IOS is nearing the completion of the development and testing of an innovative, carbon-composite, filament-winding machine, developed in-house. This unit is expandable and capable of winding tanks with a maximum diameter of 30 inches (76 cm) and a maximum length of 30 feet (9 meters).

Interorbital is largely self-funded through the sales of satellite kits and launches. The 137th satellite kit and launch was sold in the first week of November.

The company's presence at the Mojave Air and Space Port in California has recently been expanded to four buildings. One is to be expressly used for the mass-production of carbon composite, filament–wound, rocket tanks and for CPM manufacture. The company is now hiring additional technicians for the production ramp-up demanded by IOS’ 2017 launch commitments.
interorbital.com/