Unfettered access to space isn’t just a national security concern for the United States. It’s an economic one as well, and the U.S. Space Force (USSF) is emerging as the nation’s new hope for securing the global commons of space and identifying and mitigating threats. 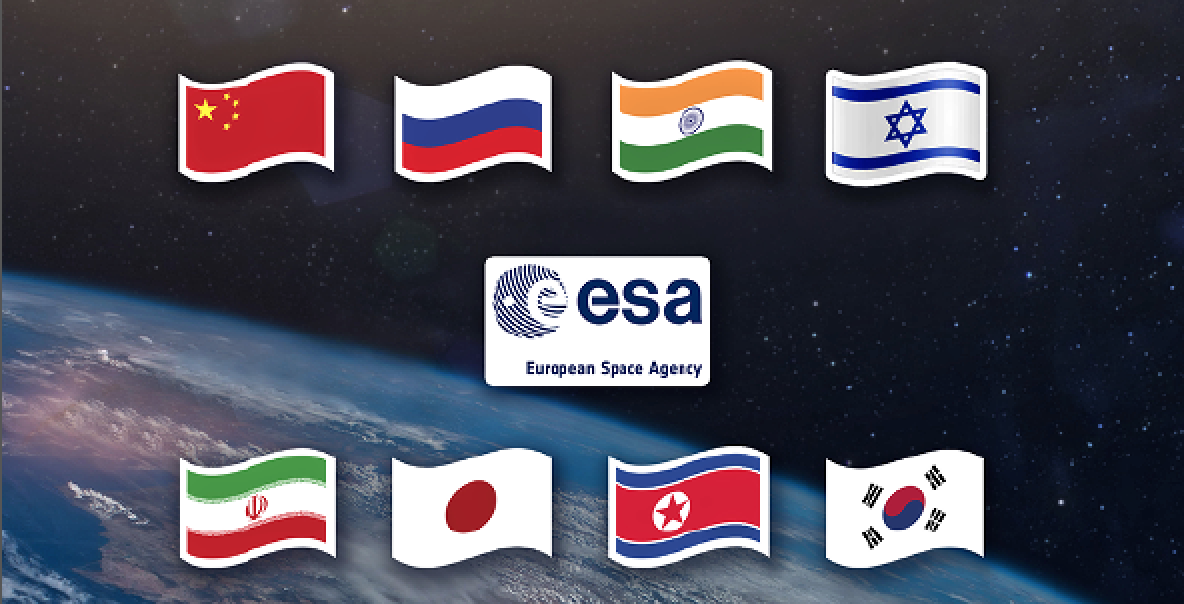 According to the National Air and Space Intelligence Center, at least eight other countries — China, Russia, India, Israel, Iran, Japan, North Korea and South Korea — and one international space organization — the European Space Agency — have the ability to independently launch spacecraft. Dozens more own or operate space assets on-orbit and have established space agencies, seeking the same economic, military and national security benefits as the United States.

“In the United States, there is no such thing as a day without space,” said Cordell DeLaPena, Program Executive Officer for Space Production, Space and Missile Systems Center. “We, along with our program partners are required to continually push the envelope on the capabilities we deliver to users, both civil and military around the globe. The results of the capabilities that we produce and provide greatly help to ensure that our country and our allies are safe.”

The stakes in space for the United States and its allied partners are high. Take the Global Positioning System (GPS) — originally developed for military use and reliant on space-based satellites. The National Institute of Standards and Technology recently found that GPS has delivered $1.4 trillion dollars of economic benefit since the beginning of civilian use in the 1980s.

Space Domain Awareness, which is the ability to monitor and track everything from active satellites to random pieces of space debris, ensures the safety of the global commons, including U.S. and allied astronauts on the International Space Station (ISS). By always monitoring for potential collisions, the USSF can alert officials in time for collision avoidance maneuvers to be performed.

“GPS is obviously enormously important,” Wilson added. “But its other satellite classes as well – communications, weather, and remote-sensing. As examples, communications satellites let air traffic controllers manage planes in crowded airspace. Remote-sensing satellites reveal what is happening on Earth’s surface in near real time. And weather satellites give us a better chance of having an umbrella when we need it.”

Since its start in 1982, the COSPAS Search and Rescue Satellite (SARSAT) system has been credited with supporting more than 48,000 rescues worldwide, including nearly 9,400 in the United States and its surrounding waters — a feat not possible without GPS and weather satellites. The cost of even a 30 day loss of GPS has been projected at $45 billion by the NIST. To compare, the U.S. invests $1.3 billion annually to protect against an economic loss of 34 times greater magnitude — for only 30 days.

Space Domain Awareness, which is the ability to monitor and track everything from active satellites to random pieces of space debris, ensures the safety of the global commons, including U.S. and allied astronauts on the International Space Station (ISS). By always monitoring for potential collisions, the USSF can alert officials in time for collision avoidance maneuvers to be performed.

Tracking more  than  24,000 identified pieces of space debris is paramount to USSF mission success. The cost of mitigating space debris pales in comparison to the potentially catastrophic economic impacts worldwide that would occur due to failed space assets that could require decades to reconstitute.

Operating in space is costly, due to the complex requirements of the environment. Space systems must be resilient enough to face extreme environmental challenges over multiple years while protecting and operating sensitive equipment.

“Our space systems operate 24/7/365 without interruption; tolerate and recover from failures; and survive in a very hostile environment about which there is much we do not know,” said Jay A. Landis, Chief, Mission Surveillance Team at SMC. “These systems are designed and manufactured by teams of craftsmen using cutting-edge technologies with intricately complex systems interactions. Total failure could result from the slightest error during design, manufacturing and testing — compounded by the fact that repairs and maintenance are very limited, at this time, due to the fact that the assets are in space.”

As SMC officials explained, try designing a system that can withstand temperature swings of 200 degrees Fahrenheit every 90 minutes, high-energy charged atomic particles and rays that render “normal” electronics useless, as well as microscopic pieces of dust traveling at many thousands of miles per hour that can chip a solar cell or glass cover or puncture a shielded wire or cable.

“Given the space environment and the criticality to our Nation’s economy and defense, space systems have traditionally been designed with a high degree of reliability and long life projections,” said Colonel Kenny Decker, Chief, Integration & Futures Division, SMC Special Programs Directorate.

A launch has only a single chance for success. The consequences of a launch mishap can easily surpass $1 billion in damages and losses if the launch systems and their payloads don’t safely perform as designed, SMC officials said. Preventing a launch disaster involves large infrastructure, specialized test equipment and manning by highly skilled engineers.

Additionally, space components are purchased in low quantities and typically have high quality assurance standards, which can be less attractive to industry manufacturers without a monetary incentive, said SMC officials.

Much of the space industry has moved to off-shore manufacturing; however, U.S. laws require purchases be made from U.S. manufacturers and that can drive up costs. Finally, U.S. space systems are required to maintain a higher security posture than systems in other domains.

In spite of all these factors, the USSF — and SMC — have found ways to reduce costs without sacrificing quality. Since 2013, the National Security Space Launch (NSSL) program has executed a strategy that stabilized the industrial base, incentivized economic quantity ordering, re-introducing competition and partnering with industry to develop next- generation, innovative launch systems, Steinmeyer said.

The annual recurring and ownership costs over a space system’s life cycle are much lower than those of traditional U.S. Department of Defense weapons systems. Satellites don’t have recurring support costs, such as refueling or resupply and this offsets high initial delivery costs, SMC officials explained.

Many satellites continue to operate two to three times beyond their design life estimates without reinvestment through life extension modifications spent on traditional military assets. The USSF also is actively pursuing partnerships with international allies to cost share the development, deployment and operations of space capabilities for the mutual benefit of all involved.