One of the more disturbing bits of data in Space Foundatin’s The Space Report 2014 concerns the continued slashing of federal space budgets by the United States. For the first time since the Space Foundation began tracking this data, global government spending on space declined in 2013—and with most other countries either maintaining or increasing their space spending, the global decline can be laid entirely at the feet of the U.S. government. 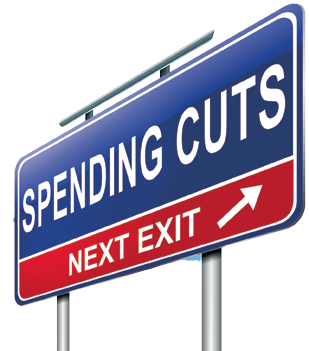 This has huge negative implications for the vanishing U.S. space industrial base, U.S. national security and U.S. economic vitality and competitiveness. Of all the places where the feds could be trimming a little fat, it would be hard to pick one that is more harmful to the country overall. If you accept the idea that the best way to work ourselves out of this decade-long economic funk is to grow the economy, then space (and aero) is the one place we should be investing heavily to get the U.S. economy moving again.

For a country that prides itself in being a leader in all things space, this should be setting off loud alarm bells. If this is not the tipping point that sends the U.S. space industrial base into a death spiral, you can certainly see it from here. In a country that has all but gone hysterical over its dependence on Russia for rocket engines and astronaut transport to and from the ISS, a ten percent decline in investment while competitors are making a ten percent increase in investment should simply be unacceptable.

The United States is budget-cutting itself out of options. If the nation is going to do that, it should do so in full understanding of the impacts.

Unfortunately, the country’s recent track record in this regard has been less than stellar. If you consider the current flap over the RD-180 engine, you can easily understand the political thinking that drove a decision to invest in Russian rocket scientists rather than U.S. rocket scientists.

But the potential consequences were clearly not all equally balanced.

One of the potential consequences was a loss of U.S. industrial capacity to produce rocket engines, which should have been deemed an unacceptable risk, and mitigated with research and development funding which would have kept U.S. rocket scientists actively engaged in developing the tools, technologies and manufacturing capability needed to “turn on” the production of American-made engines, virtually on demand.

Another risk was clearly the “major disagreement with Russia” scenario that has, indeed, come to pass. Again, a trickle of funding to keep American capabilities “warm” would have been wise. The nation’s current scramble for options need not have looked like this, if elected officials had simply exercised a little prudence in protecting a critical national technical capability.

Similarly the gap between the space shuttle retirement and new capabilities—be they governmental or commercial—need not have become such a black hole for the U.S. to fall in. But while headline-weary politicians were anxious, after the loss of Columbia, to bring the shuttle program to a close, they were not equally anxious about national means for launching humans to space.

NASA should have been given more money, much sooner, in order to have the next generation astronaut transportation system ready to go when the shuttle retired. Instead, America opted for flat budgets and cheap solutions and is now faced with the bellicose suggestion that we use trampolines to send astronauts to the ISS.

All of this is not to take advantage of 20/20 hindsight to say “I told you so.” Rather, it is to suggest that the consequences of America’s past lack of vision serve as an object lesson in the critical need for foresight at this juncture. Cutting the already woefully underfunded national space enterprise by ten percent is the wrong answer.

Cutting the U.S. government space budget from $45.56 billion (2012) to $41.26 billion does almost nothing to help balance a U.S. federal budget of $3.9 trillion. It simply assures that NASA, the U.S. Air Force, NOAA and others are less capable, and the U.S. industrial base is more fragile, than Americans should be willing to accept.

The View From Here is that current and planned cuts to U.S. government space budgets do almost nothing to save taxpayer dollars, while further injuring the space industrial base (jobs and manufacturing capabilities lost), national security and technical and economic competitiveness. Strong political leadership is needed to reverse these troubling trends.

Editors note
This article is courtesy of Space Foundation’s Space Watch newsletter and Elliot Pullham’s column, The View From Here. For further information regarding both, please visit http://www.spacefoundation.org/

About the author
Named chief executive officer of the Space Foundation in 2001, Elliot Pulham leads a premier team of space and education professionals providing services to educators and students, government officials, news media and the space industry around the world. He is widely quoted by national, international and trade media in coverage of space activities and space-related issues.

Before joining the Space Foundation, he was senior manager of public relations, employee communication and advertising for all space programs of Boeing, serving as spokesperson at the Kennedy Space Center for the Magellan, Galileo and Ulysses interplanetary missions, among others. He is a recipient of the coveted Silver Anvil Award from the Public Relations Society of America—the profession’s highest honor.

In 2003, the Rotary National Awards for Space Achievement Foundation presented him with the coveted Space Communicator Award, an honor he shares with the late legendary CBS News Anchor Walter Cronkite and former CNN News Anchor Miles O’Brien. Pulham is chairman of the Hawaii Aerospace Advisory Committee, a former Air Force Civic Leader and advisor to the Chief of Staff and Secretary of the Air Force and a recipient of the U.S. Air Force Distinguished Public Service Medal. He serves on the editorial board of New Space Journal.