In the recent Message from the Chair, penned by HPA Chair Janet Nickloy in HPA’s end-of-year newsletter, she reflects on the trajectory the Alliance has taken over the past year, and outlines where the organization intends to go in 2014.

Nickloy notes, “Recent government communications indicate that hosted payloads are gaining recognition as a viable alternative for U.S. Government space missions.” As industry adapts to changes taking place in the wake of increasing acceptance of hosted payloads and the steps the government has taken recently to clear legislative hurdles in order to start taking advantage of the many benefits that come with ridesharing, so too has the HPA stepped up its activities which seek to continue its mission to increase awareness of the benefits of hosted government payloads on commercial satellites.

In 2014, the HPA will build on the success of our government/industry engagement program. Several events have been planned throughout the year with this is mind:

• The Annual Board Meeting will again be held at the 30th Space Symposium in Colorado Springs in May
• HPA’s first international workshop will occur at the 65th International Astronautical Congress in Toronto
in late September
• The Hosted Payload Summit on October 15 in Washington, DC, will include at least one panel hosted by HPA.

In light of this ongoing activity, HPA members were asked:

“How can hosted payloads help the U.S. Government disaggregate its space assets to create a more resilient space infrastructure?”

“Our satellites provide a strategic advantage for the U.S., and as such, we must consider the vulnerabilities and resilience of our constellations…Beyond the necessity of finding efficiencies and cost savings, we may very well find that disaggregated or dispersed constellations of satellites will yield greater survivability, robustness and resilience in light of environmental and adversarial threats.”—General William L. Shelton, Statement to the Senate Armed Services Committee, April 24, 2013.

“As the use of hosted payloads becomes more prevalent within the U.S. Government’s mission architectures, commercial industry’s ability to provide rapid and cost effective space access will create not only a disaggregated architecture but a resilient one as well.

“Hosted Payloads on commercial satellites may be one of the best ways for the U.S. government to disaggregate its assets.  Hosted payloads provide greater resiliency in a number of ways, and allow for mission critical payloads to become operational sooner.  Due to the consistent cadence of commercial launches,   to 10 a year, military planners have more than one opportunity to launch a capability into space.  Additionally, there are many more commercial satellites than military satellites over which to disperse payloads making it more difficult for adversaries to target any one government payload.

“While hosted payloads are not a silver bullet for providing resiliency for every mission set, they are most certainly a part of the space architecture to come, particularly when considering the cost advantages, the time efficiencies and the reduced risk to the government of utilizing commercial satellites.”—Gerry Jansson, Director, Space Segment Developing, Intelsat General

“A resilient infrastructure is one that can retain the majority of its capability in the presence of a hostile action or adverse condition. An effective means to accomplish this is by dispersing the system capability among many elements, often referred to as disaggregation. Disaggregation is favored because it provides resilience to many different types of threats simultaneously. Hosted payloads provide a means to more affordably disaggregate, by allowing a portion of the required capability to ride on any number of commercial satellites, sharing the cost of the launch and bus operations.

“The result is a system that is highly tolerant of any single payload being disabled, and also complicates an adversary’s strategy by distributing the capability among a large number of different locations. The more affordably disaggregation can be provided, the greater the level of disaggregation that can be obtained for a fixed level of investment.”—Jim Mitchell, Vice President of Boeing Commercial Satellite Systems

“When we talk about hosted payloads, it is important to note that a primary issue relative to U.S. government satellite systems is the proprietary nature of the related ground infrastructure. These are stove-piped systems, each with its own infrastructure and little or no inter-compatibility, making data transport on the ground less resilient, expensive to operate, and even more expensive to upgrade.

“Hosted payloads on commercial satellites can provide disaggregation of mission capabilities and leverage the primary communications payload for access into a remarkably resilient, redundant and widely geographically dispersed array of gateways, teleports and connecting fiber networks all using interoperable standards.

“With today’s advanced encryption and data protection schemes, government missions can gain secure resiliency by directly leveraging this abundant ground infrastructure.  It may well be that the secure leverage of commercial ground infrastructure, is one of the biggest benefits that hosted payloads bring.”—Eric Spittle, President, SSL Federal

“As the U.S. Government develops it’s architectures of the future it must ensure critical capabilities are sufficiently robust to survive the ever increasing environmental and adversarial threats of the space and terrestrial ecosystems.  Innovation and non-traditional solutions, like hosted payloads, must be considered especially in an atmosphere where affordability is fundamental to all decisions.  Not every individual system has to be equally survivable, but the overall system architecture must be designed with sufficient resilience to continue providing the needed capabilities through all levels of conflict.

“Disaggregation, the separation of dissimilar capabilities into separate payloads and/or satellites, in and of itself does not provide resilience but it most certainly enables resilience.  By not putting all your eggs in one basket, systems become less complex and issues in one area do not end up delaying the entire program.  Once disaggregation occurs, less exquisite capabilities can be readily hosted on commercial satellites.  And because of the frequency of commercial launches, the U.S. Government is afforded the opportunity for regular and timely insertion of the latest technologies.”—Rich Pang, Senior Director, Hosted Payloads, SES Government Solutions

Additional information is available at the HPA infosite http://www.hostedpayloadalliance.org/ 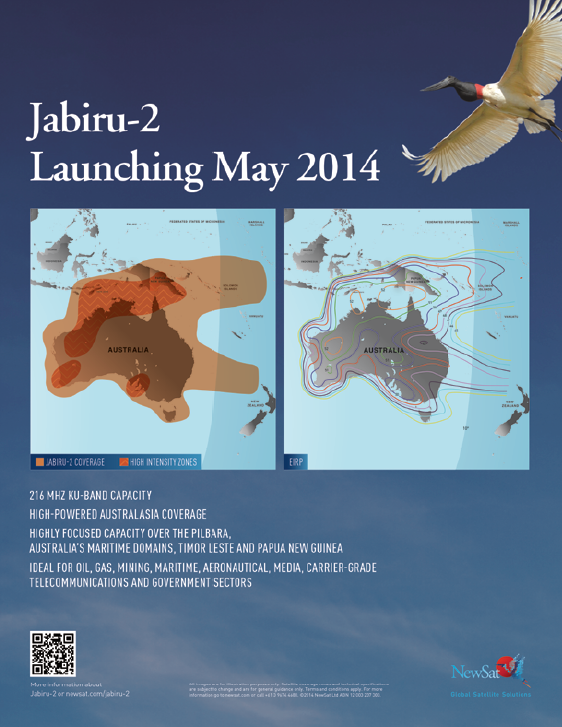