Today’s military deployments require satellite communication equipment that is smaller, lighter, draws less power, is easier to setup and yet delivers higher bandwidth than ever before. 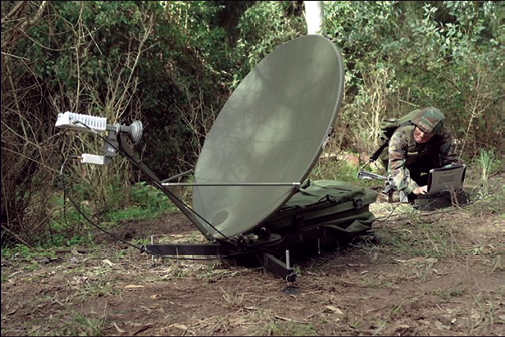 Fortunately, there have been a number of technological advances that allow modem manufacturers and terminal integrators to reduce size, weight and power (SWaP) to levels previously thought unobtainable. Historically, the largest and most dominant component of a very small aperture terminal (VSAT) has been the antenna. Due to bandwidth requirements, power limitations on the BUC and the link budget constraints of the satellite, terminals have required antennas with an aperture of one meter or larger.

Thanks to Moore’s law, the general reduction of electronic components and improved printed circuit board densities, the physical size and weight of satellite routers has been decreasing. Currently deployed man portable routers require roughly 70 square inches of board space, while next-generation designs occupy less than 40 square inches. This reduction in router size enables a dramatic reduction in the terminal’s footprint.

The physical size of a terminal is an important consideration. However, the true determination of portability is power consumption. Power consumption equates to batteries, and batteries are heavy. A single BB-2590 lithium battery weighs in excess of three pounds.  As a rough measure, a single battery can power a standard terminal for 60 to 90 minutes.  As you can easily determine, the deployed weight of a man portable terminal is a direct function of time on-the-air.

The most recent, currently deployed advancement designed to extend battery life in a time division multiple access (TDMA) system is the transmit key-line. With a transmit key-line, a TDMA modem works in concert with an intelligent BUC to power down the BUC in between the terminal’s burst interval. Depending on the network traffic profile, power savings of 40 percent can be achieved using a transmit key-line enabled terminal. Advances in electronics which improve power efficiencies are driving the design of the next-generation man portable and sensor remotes. 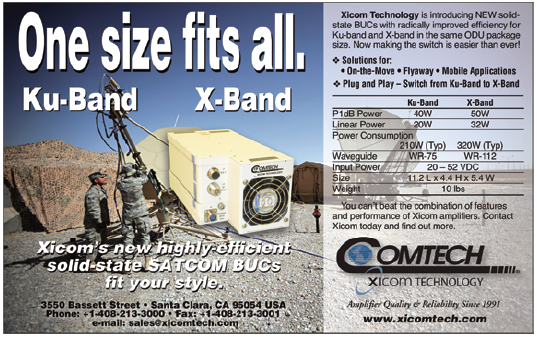 For example, new field-programmable gate array (FPGA) architectures incorporate a central processing unit (CPU) which negates the need for a separate CPU on the printed circuit board. Not only does this architecture speed instructions and memory calls, it decreases the power requirements of the system.

Another factor that impacts the physical size of a terminal and greatly impacts power consumption is heat dissipation of the electronics. Most terminals deployed today rely heavily on fans for conductive cooling. Fans have a number of drawbacks including mean time between failure implications and noise as well as sand and dust contamination of internal electronics.

The adoption of heat pipes for thermal management in man portable terminals has led to dramatic weight reductions and reliability improvements. Heat pipes are not new technology. Heat pipes have been used for quite some time in laptop PCs. 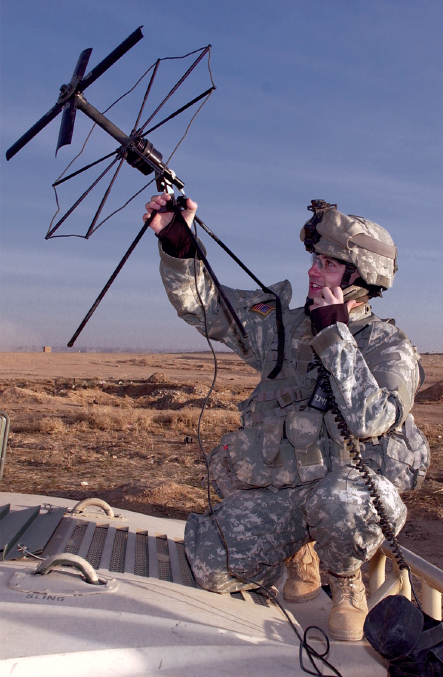 Heat pipes can use a number of different liquids with varying thermal properties, depending on the operating temperatures of the electronics. Heat pipes can reduce, or even eliminate, the dependence on fans, depending on how heat is transferred off the cold plate of the terminal.

Looking further into the future, development is under way to consolidate the entire modem functionality into an ASIC. An ASIC design would further reduce discrete components on the printed circuit board thereby reducing footprint and power draw.

Metamaterial antennas are another fascinating field of research that promises to dramatically decrease overall size and weight of terminals.

The technological advances of the past few years have brought high-bandwidth applications such as high-definition video feeds to the warfighter level. Access to this valuable information has come at a price. That price has been an increase in the soldier’s load. The entire satellite industry is committed to, and working toward, providing secure, reliable, high-speed communications as conveniently as possible.

With more than 20 years of experience in technology and with the federal government, Fuchs leads iGT’s team of federal systems engineers and serves as chief architect for new product integration. 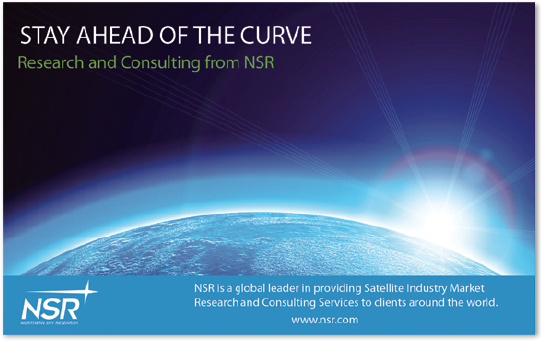