Given the staggering amount of resources committed to the Iraqi conflict, from satellite communications, capacity and bandwidth, to the weaponry and support facilities, to the cost in human lives, we asked the author of the recently published book Awakening Victory: How Iraqi Tribes And American Troops Reclaimed al Anbar Province And Defeated al Qaeda in Iraq his opinion regarding the recent drawdown by the United States from this nation, that throughout history has been the scene of conflict. The following is one Iraqi combat veteran’s opinion of the current results of the exit from Iraq. 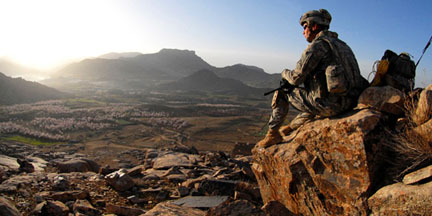 Iraq is in crisis and bordering on chaos! At least, that’s what major media outlets say. They point out the tumultuous political machinations ongoing in Iraq and a spike in sectarian violence immediately following the U.S. withdrawal and they claim that Iranian influence is on the rise in Iraq. Well, not so fast. The future of the Arab World’s fledgling democracy is not yet settled and all is not lost!

Why Did We Withdraw?
It is clear that the situation in Iraq is worse than it was prior to our December 18th withdrawal. There is no doubt that Iraq would be more stable had we negotiated a phased withdrawal of our forces. In addition to providing military training and advice, members of U.S. Forces—Iraq (USF-I) provided tutelage to senior members of the Iraqi government including the Ministers of Defense and Interior. Also, the commanding general had routine access to Prime Minister Noori al Maliki and President Jalal Talibani. These daily and routine contacts were critical in guiding Iraqi leaders and providing “strategic over-watch” in a way that ensured that Iraqis embraced their own laws and stayed on the path of democracy.

The influence of American military leaders on Iraqi government officials was undeniably strong and positive. Why, then, did we not negotiate a phased withdrawal from Iraq? The Obama Administration tells us that the reason for our complete withdrawal (that they argue was negotiated by the Bush administration) was Iraqi intransigence — that the Maliki government was unwilling to grant immunity from prosecution to our troops who might have remained in Iraq. If true, that certainly is a deal breaker. 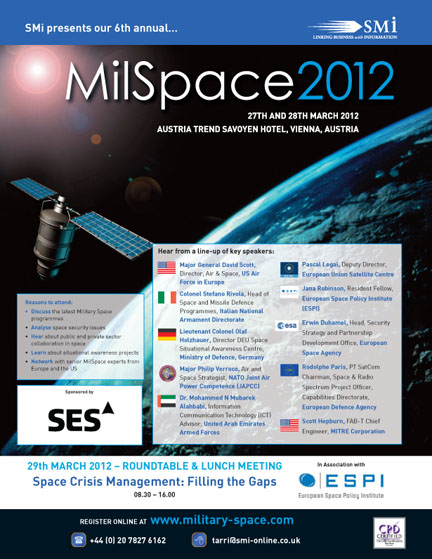 Perhaps that is the only reason for our withdrawal, but facts on the ground dispute that, namely, according to U.S. Embassy records, neither President Obama, nor Vice-President Biden, spoke personally to Prime Minister Maliki about the importance of keeping a small force of advisors on the ground. Certainly, that doesn’t reflect bringing the full weight of diplomacy on negotiations with an ally.

This leaves two possible reasons for the withdrawal: either the administration didn’t understand the importance of maintaining an advisory presence in Iraq, or President Obama was more interested in keeping an election promise to end the war than he was in the future of a vital ally. Regardless, the result is that Iraq is now, finally and fully in the hands of Iraqis.

The Situation Today
Prime Minister Maliki is making a play to wrest control of the government from the hands of the secular Shia-Sunni al Iraqiya coalition who won more than 25 percent of Iraq’s parliamentary seats in the last election. (In fact, the only reason Maliki continues as prime minister is because he completely outmaneuvered Iyad al Alawi and the Iraqiya coalition post-election.)

The power-play started just days after the U.S. withdrawal, when the Ministry of Interior swore out an arrest warrant for Tariq al Hashemi, the Sunni Vice President of Iraq and a senior Iraqiya coalition member, accusing him of running “death squads” responsible for killing Shia civilians and government officials. Most observers put little stock in the accusations and see them as completely political.

Al Hashemi is now in hiding in the autonomous Kurdish region and those leaders refuse to surrender him to Bagdad authorities. The result is that the al Iraqiya members of parliament and the nine al Iraqiya cabinet ministers have boycotted both parliamentary and cabinet meetings, while refusing to surrender their posts.

While the situation appears dire, it is actually business as usual in the rough-and-tumble post-Saddam era of Iraqi politics. In 2007, as the Sunni Awakening swept across al Anbar and Salladin Provinces, it was relatively commonplace for Bagdad officials to swear out arrest warrants for the sheiks and leaders of the Awakening Movement, accusing them of terrorism and insurgency. In fact, according to a recent AFP report, another senior al Iraqiya member, Deputy Prime Minister Salah al Mutlak said, “The problem is that in this country... you cannot work as an opposition because an opposition means that you are going to be accused of... terrorism…” The fact that this situation has now continued for a month with no bloodshed that can be directly attributed to the stand-off is, in my estimation, a good sign that there will ultimately be a political resolution to the problem. 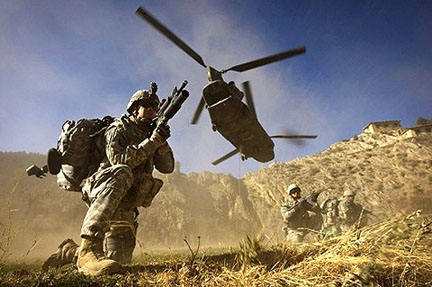 Sectarian violence in Iraq is spiking and even many “Iraq hands” in the media see the increase in violence as a reflection of the political stalemate. However, it is clear to me that these attacks bear the fingerprints of al Qaeda in Iraq, an organization that represents foreign interests and has not had a home in mainstream Sunni politics since 2006 when the former nationalist insurgents broke with the group and actively fought to remove al Qaeda influence in the so-called Sunni Triangle.

The Sunni Awakening of 2006-2009 ended any serious threat by al Qaeda inspired groups to gain political control in Iraq. Al Qaeda in Iraq has conducted spectacular and heinous attacks against government targets and Shia civilians at a rate not seen since 2008, and those attacks are likely to continue well into the summer. However, they are the work of mostly foreign fighters and do not indicate a movement by the Sunni population writ large to re-establish the ill-fated Islamic State of Iraq. In my estimate, based on my exposure to Sunni patriots (many former nationalist insurgents) al Qaeda will never again be capable of recruiting large numbers of Iraqi recruits — the Sunni population will not stand for it. Neither are there any indications that the former Shia insurgent groups (like the Mahdi Army) have become active in the latest spate of violence. I don’t see a sectarian civil war on the horizon.

Lastly, although many decry the growing influence of Iran in Iraq, I see no indications that the relationship has grown stronger. In fact, Iraq recently failed to grant the equivalent of most-favored nation trading status to Iran.

While some point to Iraq’s failure to support Arab League sanctions against Syria as a nod to Tehran, I see it as an Iraqi desire to avoid a potentially devastating foreign entanglement at a time when they can ill-afford to make enemies in the region. Although there is a small, but vocal, minority in the Iraqi Shia population who would prefer an Iran-like Shia theocracy in Iraq, the average Iraqi has great disdain for the Iranian regime and remembers full well the 1980-1988 Iran-Iraq War in which Iraq lost as many as 300,000 killed (mostly Shia) in what was the longest conventional war of the 20th Century. Those wounds have not fully healed in the Iraqi population. For that reason, a close partnership between the two is probably out of the question.

Yes, Iraq is in turmoil. However, the signs are not as bad as some media outlets wish to portray the situation. From my foxhole, now is the time to redouble our efforts to support the fledgling democracy, not to merely turn our heads and ignore it. 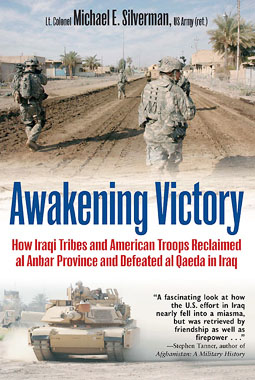 About the author
Lt. Col. Michael E. Silverman is a 25-year veteran with the United States Army and is the recipient of numerous awards, medals, and commendations. Retired in 2008, he now spends his time writing about the war on terror and serving as a consultant to the U.S. Army on counterinsurgency. He is well-versed in international affairs and world religions. His writing reflects the experience and authority of a combat veteran who has been blown up by an IED, and who assisted in shaping U.S. strategic policy for the global war on terror. His latest book, Awakening Victory from Casemate Publishers, has received numerous positive remarks, including this quote from Publisher’s Weekly, “...instructive first-hand account of how Iraq’s insurgents were defeated.” Jerry Morelock, the editor of Armchair General, stated, “This is a riveting account of the ‘sharp end’ of fighting insurgents in Iraq. The successes Silverman reveals should give pause to the pundits who claim American forces are incapable of defeating a modern insurgency. Kudos to Casemate Publishing for another terrific book!” 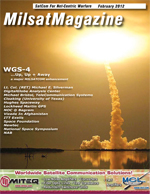