In 1990, the US Department of Navy published ‘Copernicus,’ a battlefield communications modernization abstract that brought the term ‘Network Centric Warfare’ (NCW) into the light. Intended to unseat the military’s traditionally disconnected, hierarchical structure, NCW was a strategic concept that involved the utilization of evolving technologies to connect smart weapons, sensors and surveillance platforms as a means to improve readiness and response times through the rapid collection, analysis and dissemination of data. 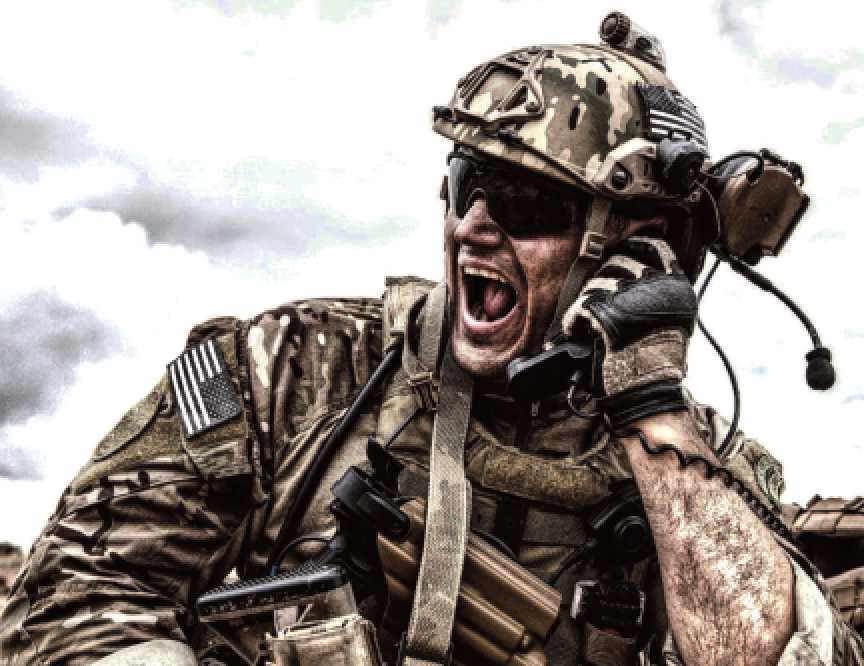 Observing the corporate domain’s moves toward network-centric operations and processes by incorporating the latest available technologies, military strategists realized that the speed and efficiencies that resulted could be also be applied to the military machine. Despite the challenges of driving new technologies into traditional battlefield architectures, the move from massive divisions to highly connected brigade and battalion-level formations is finally coming into play.

The key benefit of NCW is that it provides the foundation for self-synchronization at the combat-unit level. By incorporating the inherent sophistication of today’s information technology, some nations are transforming their Armies into networked organizations as a means to maintain situational awareness on the battlefield –— to increase combat power by enabling collaboration among highly dispersed forces.

Self-synchronization drastically reduces response time, denies the enemy’s initiative, allows a smaller, distributed force to paralyze a much larger opponent, and can ultimately lead to “success without fighting.” Generally speaking, self-synchronization allows ‘distributed’ forces to organize and synchronize from the bottom up. 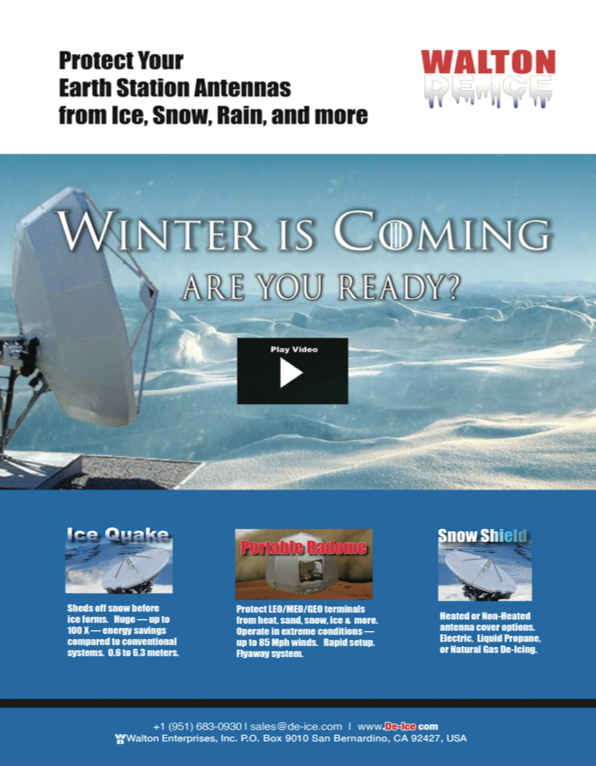 The keyword here is ‘distributed’ forces. In order to gain network centricity through self-synchronization, these distributed elements must be interconnected with links that deliver the highest degrees of security and ubiquity — and this is where Advantech Wireless Technologies (AWT) comes to the party. The core of AWT’s SATCOM-based NCW Network Solution is based on voice, video and data communications subsystems that are networked over a combination of terrestrial and satellite-based platforms.

AWT has been a market leader in the design and deployment of satellite Earth stations and is abundantly aware of the problems militaries face with forces that operate over a centralized platform.

From AWT’s purview, a large SATCOM teleport is seen as an imminent point of failure. Large teleports with multiple antennas are subject to enemy attack from something as simple as a weaponized drone — even before the conflict is declared.

Physical damage or even IP-based viral infections will render a teleport inoperative for months. In the traditional battlefield hierarchy, disabling the centralized hub would be catastrophic to field operations. AWT’s NCW Network Solutions ensure that all battlefield elements are interconnected with dedicated links that are protected against interference or disruption from outside forces, ensuring that field personnel are safe, informed and effective.

The preferred approach is to incorporate a Hub Centric Mesh (HCM) Architecture. Unlike a central teleport that is easy to target, HCM involves a distributed network of smaller hubs, where each is able to serve as the Main Hub with the ability to operate on a number of different frequency bands simultaneously. For example, a network based on HCM architecture can be designed to communicate over multiband (C-, X-, Ku- and Ka-band) terminals, while maintaining a global view of the battlefield.

With more than 30 years of experience providing innovative solutions to numerous MODs, AWT is keenly aware of the challenges that government organizations face when attempting to incorporate the latest technologies into traditional battlefield architectures. The good news is that these challenges can be overcome by AWT’s system engineering team that will design, integrate and deploy battlefield networks comprised of the latest technology innovations, including encryption, anti-GPS jamming, Private LTE and compatibility with the new 5G and LEO satellites.

AWT’s rich history in the design and deployment of satellite and terrestrial networks has afforded the AWT team with the necessary tools and experience to produce agile and robust network designs, including link calculations, integration, test and even the manufacture of many of the system elements — a key differentiator from its competitors. 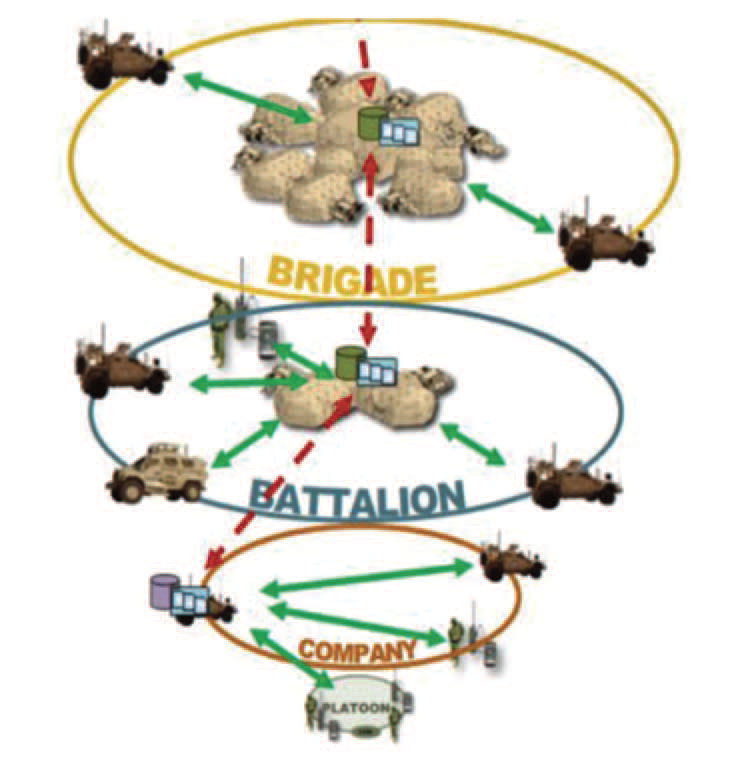 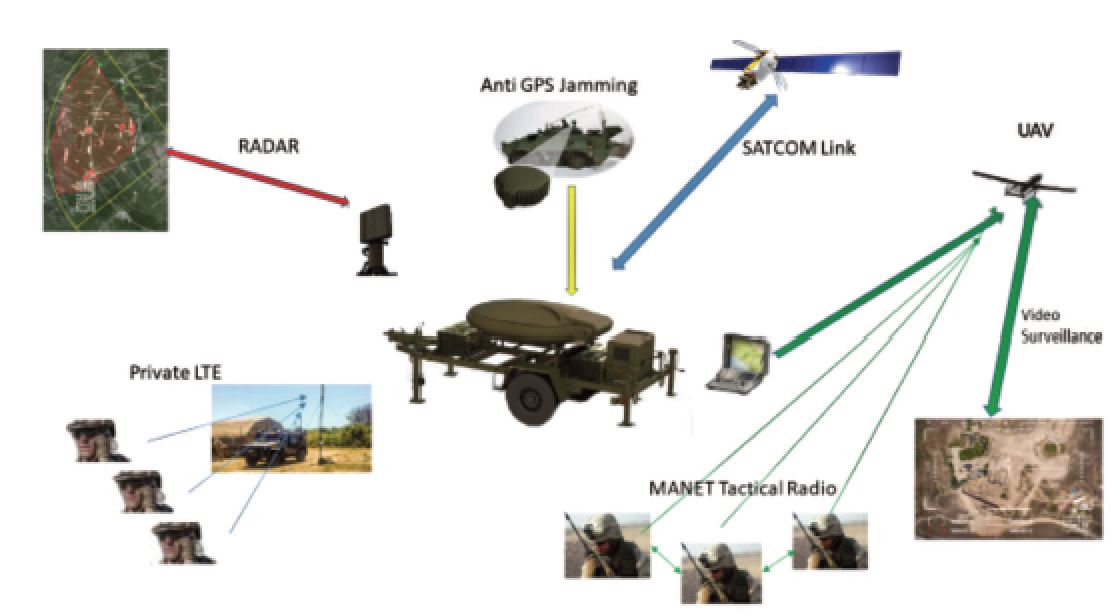 For brigades and battalions to be compact, mobile and connected, network designs must be based on the latest SATCOM technology with multiple layers of comms and sensing that are jam-proof and highly resilient. One way that ATW has addressed this need is with the firm’s Engage™ class of mobile flyaway SATCOM terminals.

The Engage™ Flyaway and Trailer terminals from AWT are specifically designed to survive stringent battlefield conditions and can operate in the C-, X-, Ku- or Ka-band satellite bands by merely swapping feeds — an exercise that can be accomplished in a matter of minutes. With multiple baseband options, these terminals will operate within a variety of VSAT network architectures as remotes or as hubs, in STAR or MESH mode, SCPC or TDM/TDMA. By incorporating a transmitter amplifier from AWT’s wide range of products, data throughput requirements can be matched with the suitable GaN-based SSPA. 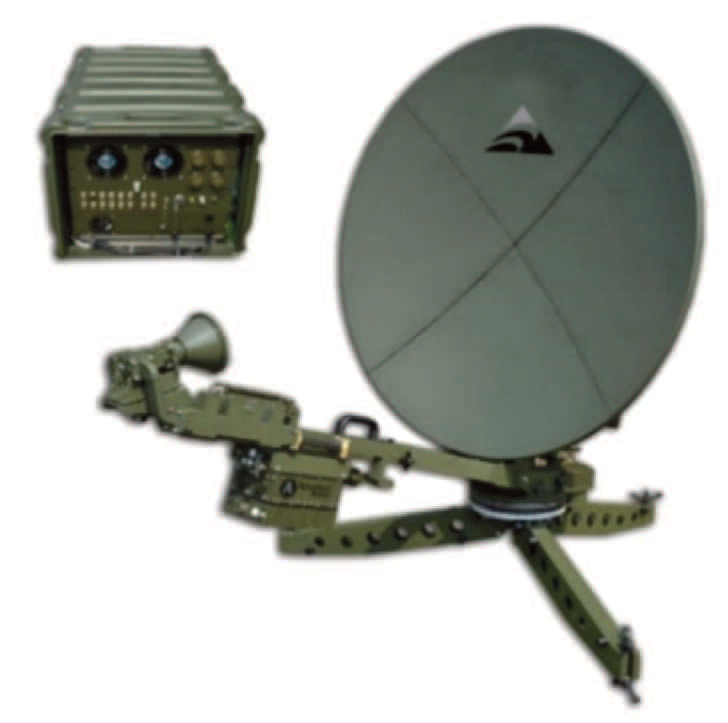 Traffic dimensioning is an important feature of the Engage Class terminals. Link size and bandwidth efficiency are scalable by selecting from TDM/TDMA or SCPC modes. Plus, Engage terminals will operate in MESH, STAR or Point-to-Point system architectures.

The ability to operate at multiple data-throughputs is key in NCW, not only for the purpose of accommodating dynamic capacity requirements, but also for tactical dissimulation. It is well documented that, while the enemy might be unable to decrypt the transmitted data, command center locations can be identified by pinpointing the origination of the highest data rate links. 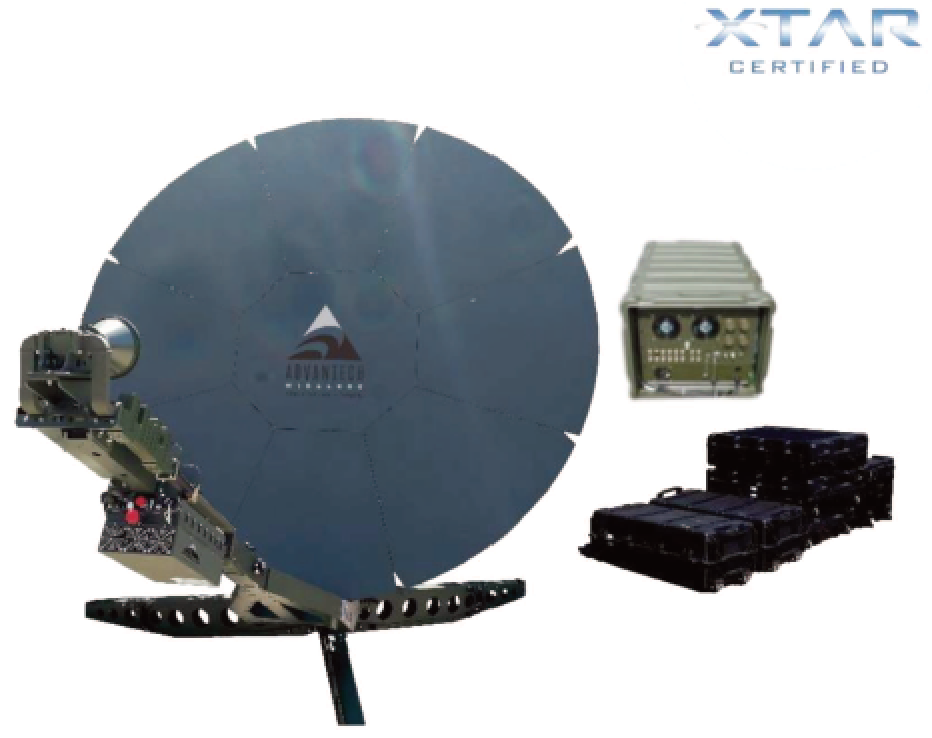 Customers can select from a long list of options that will tailor the Tactical Satcom NCW platform to a specific set of requirements.

Mobile ad hoc Network (MANET): Tactical Radios that are tied to a MANET network are provided to cover the need for edge distribution, frequency changes and integration of voice, video and data. Users can share all information without the need to configure a dedicated IP address. AWT’s embedded MANET allows video sharing on encrypted channels from vehicle or shoulder mounted cameras. The networks are self-organized and users can easily be added or removed.

Phantom™ Class ISR UAV: These long-range UAVs serve as airborne mobile radio extension nodes for the MANET network and provide high rates of video surveillance data and voice traffic over distances of up to 70 Km. Phantom UAVs are designed to operate continuously for 20+ hours and are equipped with sophisticated IR cameras that can work during day or night – even in fog conditions. The onboard GPS and laser sighting tools allow target identification and location coordinates. UAV data can easily be made available to the Engage ground terminals. 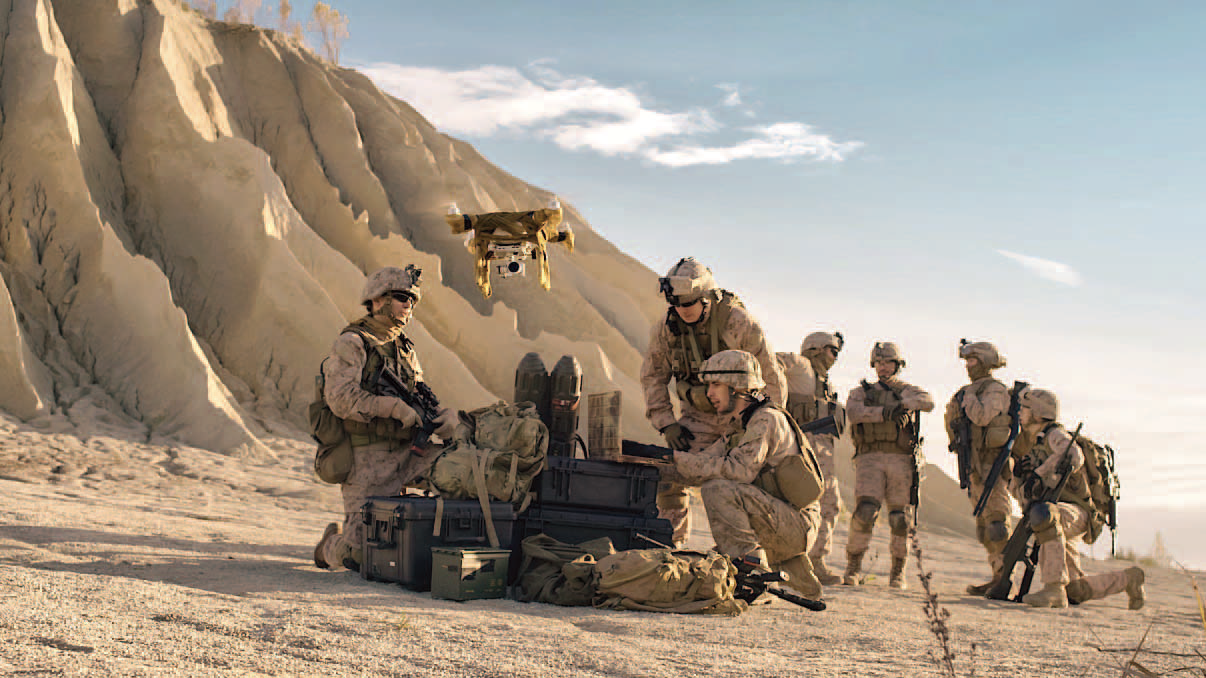 Beamforming Radio Technology: Will extend the UAV’s surveillance data download range of up to 200 km.

RADAR: Mobile RADAR systems are available as vehicle mount or man-portable to detect and identify approaching targets, including UAVs, using high-accuracy sensors. Sensor information can be stored locally, remotely and made available to Command Centers. 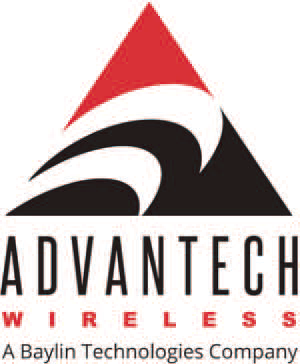 Network Management System (NMS): All elements of the NCW network are connected to a global network management platform with a proprietary operating system and Graphical User Interface (GUI) that shows the status of each component in the network as well as a top level overview of the entire theater.

Network Centric Warfare is a reality of the 21st Century and a necessary component of any military force that must perform against well-armed adversaries. Advantech Wireless Technologies has the knowledge, experience and cutting-edge products needed to design, integrate and deploy high-performance battlefield networks – networks engineered for all threat-levels. 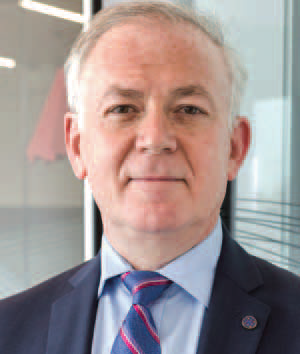 "If you find yourself in a fair fight, you didn't plan your mission properly." — David Hackworth
advantechwireless.com

Author Cristi Damian is the Vice President of Business Development for Advantech Wireless Technologies. holds a Master’s degree in Electrical Engineering and initially held roles as a hardware engineer at various high-tech companies. He joined Advantech Wireless in 1995 and has held executive positions including in Operations, Manufacturing, Sales, and Engineering. His expertise is centered on Solid State RF technology for Space Applications, and complex integrated networks design. 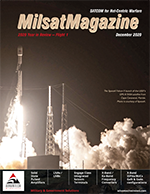