Threats in the cyber domain are only one of the challenges military communicators face today. 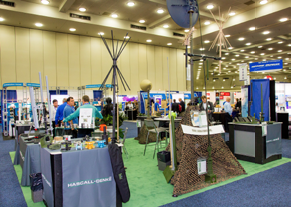 Tight budgets, slow acquisition processes and reduced readiness are all factors the services must contend with from the tip-of-the-spear tactical warfighter to the satellites in outer space. Tackling these issues is a complex balancing act that requires experts in many fields to join forces.

During the 1990s, technology transfer was the buzz phrase. Having enjoyed years of innovation investments, the government sector sought opportunities for the products to move into commercial venues, possibly reducing prices. But by 2000, and especially after 9/11, the demand for readily available solutions skyrocketed. Commercial off-the-shelf, or COTS, solutions that could solve fast-evolving military requirements were in high demand.

Over the past nearly two decades, the lightning speed of advances in technology — and particularly in the cyber space — has pushed the need for a hybrid of tech transfer and COTS. As a result, the need for collaborative environments has grown exponentially, and conferences that bring the military, industry and academia together have seen a steady growth in leadership participation and attendance.

Nowhere is this more evident than in the area of military communications, and MILCOM 2017 has been designed to meet this need. With a theme of “Military Communications and Innovation: Priorities for the Modern Warfighter,” this international conference will address competing speed, security and cost. AFCEA International, IEEE and IEEE

ComSoc sponsor the event, which takes place October 23-25 at the Baltimore Convention Center in Maryland. 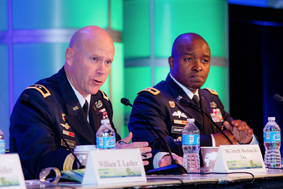 A number of speakers at MILCOM 2016 emphasized this necessity for military, industry and academia cooperation to address the substantial requirements in today’s battlespace and especially in cyberspace.

From a business standpoint, conference participants who attend events like MILCOM seek information about military requirements and guidance for investing their research and development dollars.

Last year, Maj. Gen. Bruce Crawford, USA, former  commanding general, U.S. Army Communications-Electronics Command, gave them this advice, “If you’re looking for predictability, think about tomorrow’s environment and the changing character of warfare and let that be your guide.” 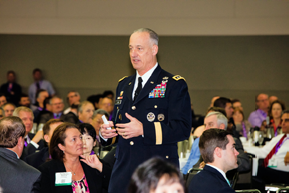 Lt. Gen. Alan Lynn, USA, director of the Defense Information Systems Agency, and commander, Joint Force Headquarters-Department of Defense Information Network, agreed. Speaking at MILCOM 2016, he predicted that, in the future, technology will enable troops to conduct battles from a smartphone or tablet and emphasized the resultant need to build cybersecurity into every network.

"When you build the network, if you build it right, then the other side of the hat I wear, the cyber side, is a lot better,” General Lynn said.

Cybersecurity will also be a focus at MILCOM 2017. Command, control, communications, computers and intelligence experts will discuss cyber issues as well as science and technology developments during more than 200 unclassified and restricted sessions. 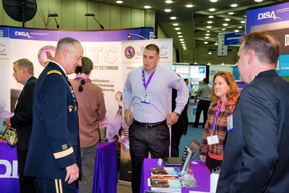 Panel discussions will include a look at the challenges and priorities for command, control, communications and computers (C4) in joint, hybrid and multi-domain warfighting.

Dr. John A. Zangardi, acting chief information officer, U.S. Defense Department, will lead the panel titled “Accelerating the Speed to Solutions in Federal IT.” Invited panelists include representatives from the Office of Management and Budget, Department of the Navy and Defense Information Systems Agency.

MILCOM’s tutorials will feature experts from organizations such as Johns Hopkins University Applied Physics Laboratory; the University of Southern California, Los Angeles; Virginia Tech; and The MITRE Corporation. Restricted tutorial topics will incorporate exploration of resistance and resilience in cyber and physical systems as well as the importance of reliable wires and cables.

As in the majority of AFCEA conferences, MILCOM 2017 will feature continuing education sessions. Prior to the opening of the event, a list of the panels, theater sessions, technical panels and tutorials that qualify as continuing education for maintaining cybersecurity certifications will be posted on the website. MILCOM 2016 included more than two dozen sessions that qualified.

Conference participants also will have the opportunity to view the latest technologies offered by the industry. Dozens of companies will be demonstrating the innovations they have been developing and representatives will be on hand to talk about the problems these technologies address.

Registration for MILCOM 2017 is now open. For additional information and to sign up, visit the website: events.afcea.org/milcom17/public/enter.aspx

Maryann Lawlor is the Director of Communications at AFCEA International. In her more than two decades working for the association, she has written hundreds of military communications feature articles. 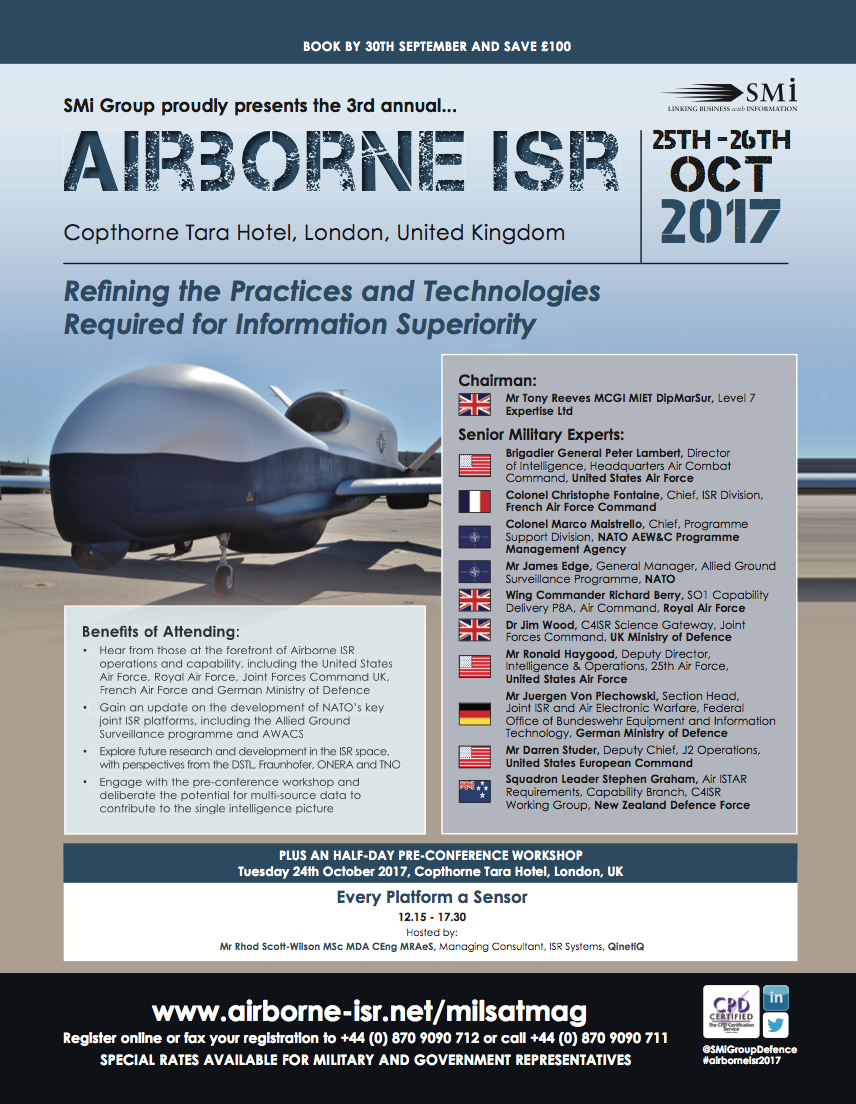