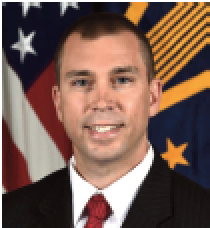 Dr. Derek Tournear is currently the Director of the Space Development Agency, within the Office of the Under Secretary of Defense for Research & Engineering (OUSD(R&E)). SDA will unify and integrate space capability development and deployment across the department to achieve the DoD space vision while reducing overlap and inefficiency. He previously served as the Assistant Director for Space, responsible for developing the research and engineering roadmap to address future gaps in the DoD space architecture. 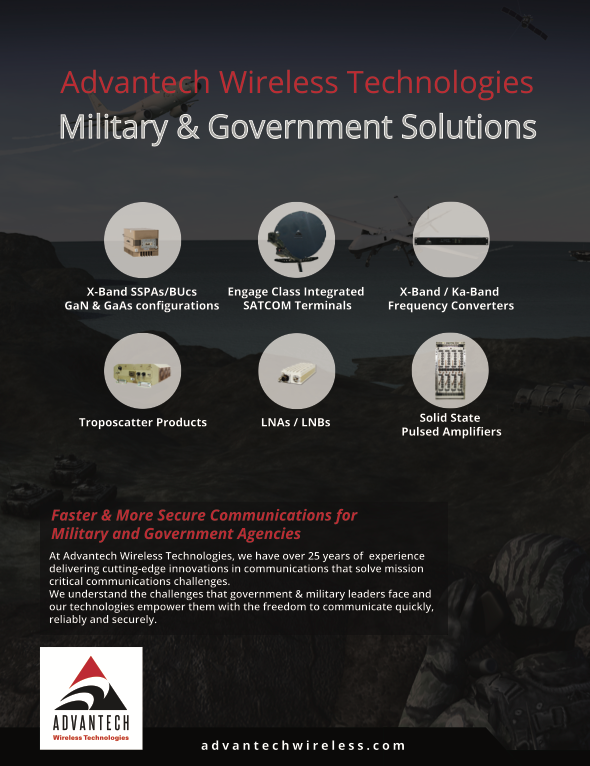 Prior to industry, Dr. Derek Tournear was a Senior Program Manager (SNIS-HQE) at the Intelligence Advanced Research Projects Activity (IARPA) in the Office of the Director of National Intelligence (ODNI). At IARPA, Dr. Tournear served as a senior scientist for space activities and space technologies in the Office of Smart Collection.

Prior to IARPA, Dr. Tournear was a Program Manager for the Defense Advanced Research Projects Agency (DARPA), Tactical Technology Office and Strategic Technology Office. At DARPA, he initiated and directed a large portfolio of program, with an emphasis on sensors and space.

Dr. Tournier has professional experience at Los Alamos National Laboratory (LANL) managing intelligence and defense programs. During his time at LANL, he initiated a new field of study in gamma ray optics, and developed sensors for nuclear material detection.

Dr. Tournear has a Ph.D. in physics from Stanford University and a B.S. from Purdue University. In 2010 he received an “Outstanding Alumnus” award from Purdue University and a 2008 DARPA award for “Outstanding Accomplishments in a Systems Technology Area.” Dr. Tournear is a 2011 recipient of the Secretary of Defense Medal for Exceptional Public Service, and a 2012 recipient of the Office of Director of National Intelligence Award for Exceptional Public Service.

The following is a transcript of Dr. Tournier’s keynote speech that was delivered at SmallSat Symposium 2021 in February of this year.

I’m excited to talk about the Space Development Agency and what we have done over the past year and our year term and long term visions. I want to talk about the many products that we’re developing and delivering, so SDA is set up to exist and operate almost as a commercial entity within the Defense Department and, as such, we are very focused on product delivery. Those products are capabilities that we are giving to the warfighter. (See Figure 1.) 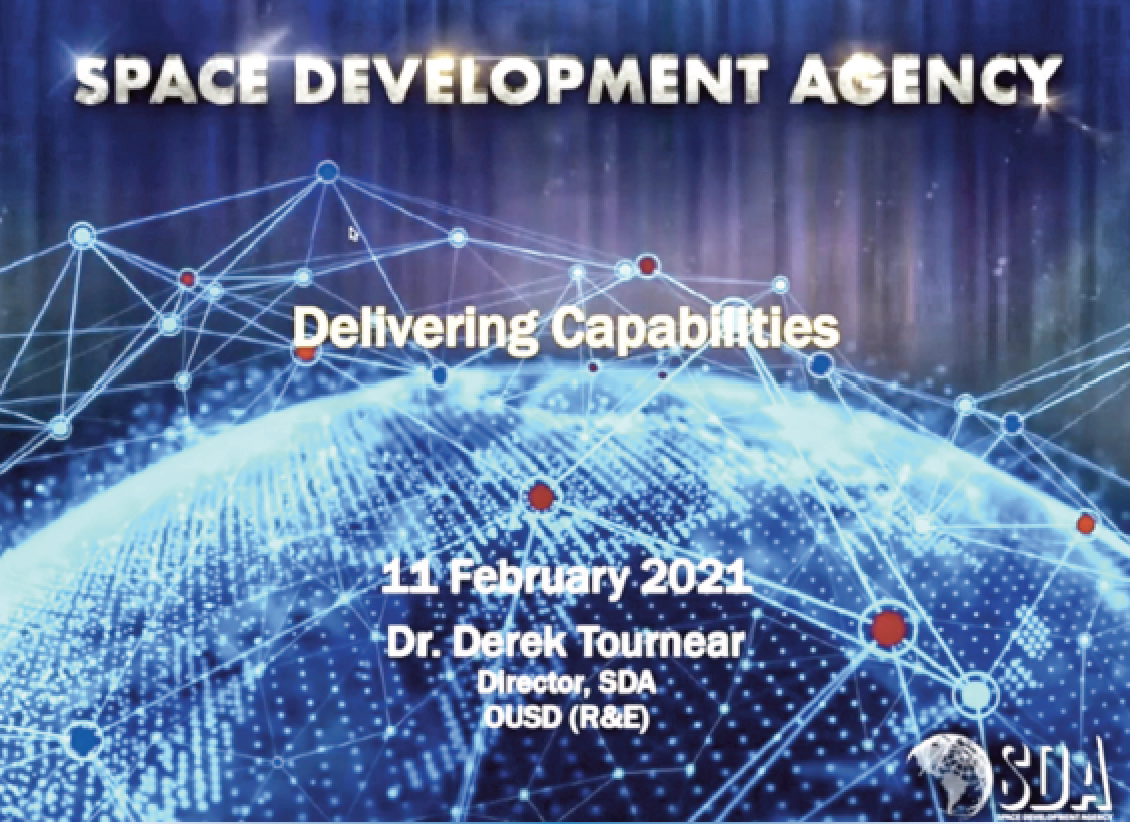 The two products were are primarily focused on are, #1, Beyond-Line-Of-Sight (BLOS) targeting for time-sensitive targets, or mobile targets… think mobile missile launchers or ships and being able to detect them, identify them, calculate a firing control solution on those targets, and then provide those data directly to a weapons system and do all that from space.

Product #2 is to be able to do that exact same mission as Product #1 except now, instead of mobile missiles and ships, I want to be able to do that for advanced missiles, so hypersonic glide vehicles and those types of things. Detect them, track them, calculate a fire control solution and give it to the warfighters. Those are the products that the SDA is focused on delivering for the warfighter in the future. (See Figure 2.)

Now one question — why do we need the SDA to do this, I mean, we’ve got the U.S. Space Force (USSF), we’ve got a lot of different entities and most of you have already talked about this, so I’ll only touch on it briefly, but all boils down to the innovator’s dilemma.

The same thing that affects industry affects government, as well. That is, when you have the large entity that is entrenched with delivering to an existing, entrenched customer, they are primarily focused on delivering those capabilities in a low list, incremental approach. And that’s nothing wrong with the large entity, whether that be a large corporation that’s been building a product, or rather that be an organization within the government that is delivering certain products. 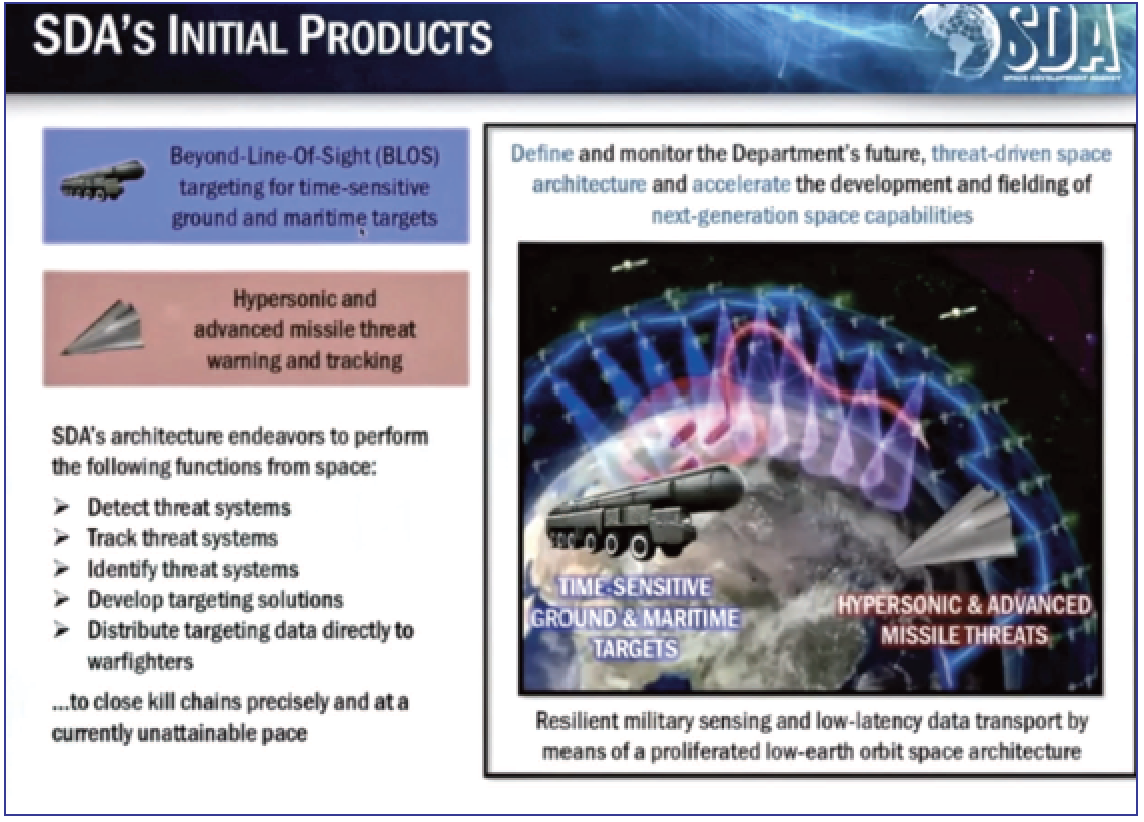 However, the key thing to realize is, the innovator dilemma is real. The innovator’s dilemma simply states that you cannot focus on innovation at the same time you’re focusing on delivering a product to an existing customer. What enables innovation is the ability for to go out and look at products that affect a lot of new customers, new bases, and you can have a small win and it’s a big deal for you. For a startup corporation, for a startup company or a startup entity within the government, a small win is a big deal. For a larger entity, it’s not, so you’re going to be focused on low risk, incremental approaches.

The SDA is focused on going out there, and going out there a broad set of customers, our customers are all combatant commanders that the department feels can execute the mission, make sure we can provide those capabilities, those products that I previously mentioned. In order to do that, we’re taking a completely different approach. The approach we’re taking is to stop focusing on high value, low density, capabilities by high value, low density satellites and focus on high density, low value satellites, or focus on proliferation. 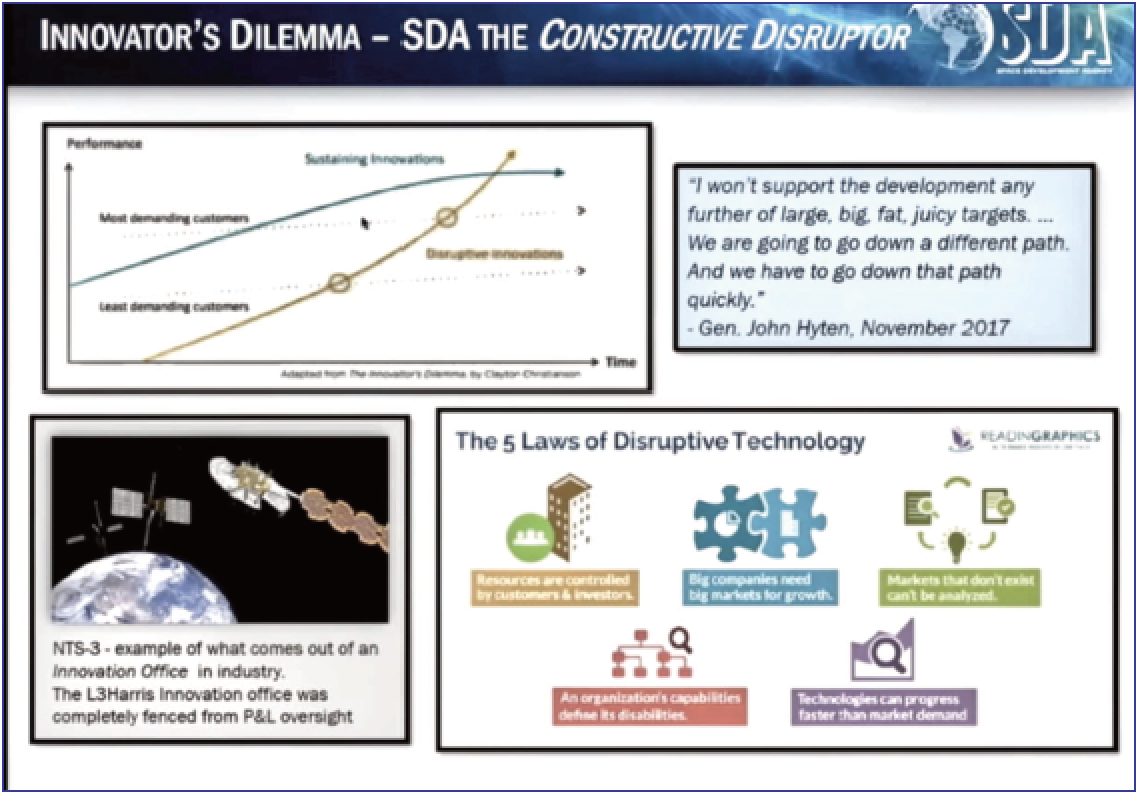 We want to make sure we take technology that is ready to field today and get that to orbit within two years to provide those new capabilities to the warfighter. That is different than looking at what is the ultimate set of requirements that we need to deliver and then develop a program to build and deliver that set of capabilities and that could require cost growth, it could require schedule growth, all to make sure you hit that given set of requirements.

We’re not basing off that… we have spiral development. We’re going to field new tranches every two years and just continue to spiral up those capabilities.

How are we going to provide those next two products? We have what is known as the National Defense Space Architecture (NDSA). That is our layered approach to delivering those capabilities. (See Figure 4.)

The icon on the right are the actual set of systems — this is a functional block diagram that talks about how we are going to deliver those capabilities. The backbone is the transport… that’s that blue gray box in the middle. That is the mesh network of hundreds of satellites, all optically interconnected, that provides a low latency data comm network and also provides connectivity directly down to existing, tactical beta links.

We’re not fielding new equipment to the user on the ground. We’re going over their existing tactical beta links from that transport layer.

OK, so that’s great. That’s the backbone, that’s how we tie everything together to make sure I can have high bandwidth, low latency communications directly to the end-user on the ground. What really makes this powerful is now I can put data onto that network that the user needs. So the three sensing layers off to the right, those are the ones that provide the data to that transport layer. 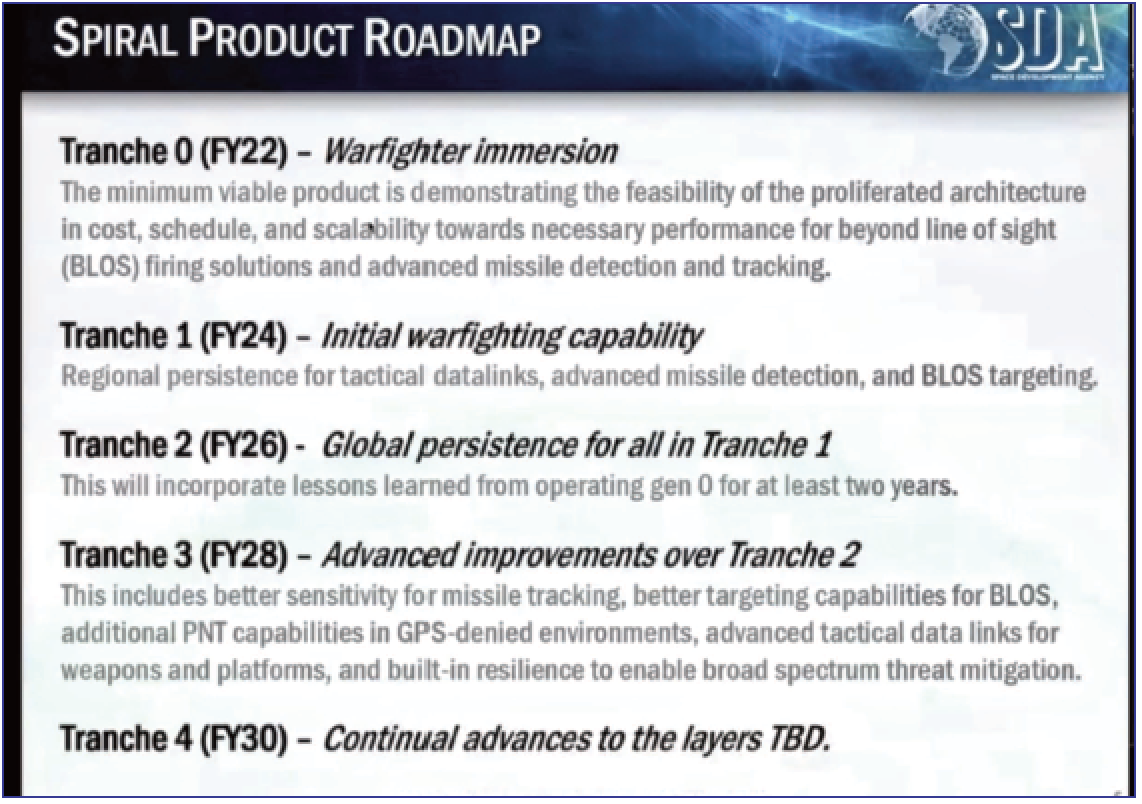 Number One is Tracking. That is our overhead, persistent infrared tech, those are the satellites that provide the detection and tracking for the advanced missile threat. SDA is building those out with the Missile Defense Agency (MDA) to make certain we can field that constellation.

Number Two is Custody. Think of target custody. That is our intelligence, surveillance and reconnaissance (ISR) — that is the layer that provides the ability to detect and track those mobile targets that I mentioned previously. That is a set of constellation of electro-optical, a set of Synthetic Aperture Radar (SAR), that can be a set of SIGNIT satellites. All of those data feed into what we call the Custody layer.

This is a mixer of commercial applications and commercial constellations as well as government owned and operated constellations. When we’re working with industries to make sure we can get commercial data from their commercial imagery satellites onto what we call our Custody layer, we can fuse all of those data together.

And the Deterrence is the third one, that is our Space Situational Awareness (SSA) layer. And right now we’re not doing a lot with that because the Space Force is actually focused a lot on that area to focus on how they can improve that resiliency and those detection capabilities. Primarily, we looking at cisLunar space, but AFRL (Air Force Research Laboratory) has some programs in that, so, we’re just watching that as part of our Deterrence layer. 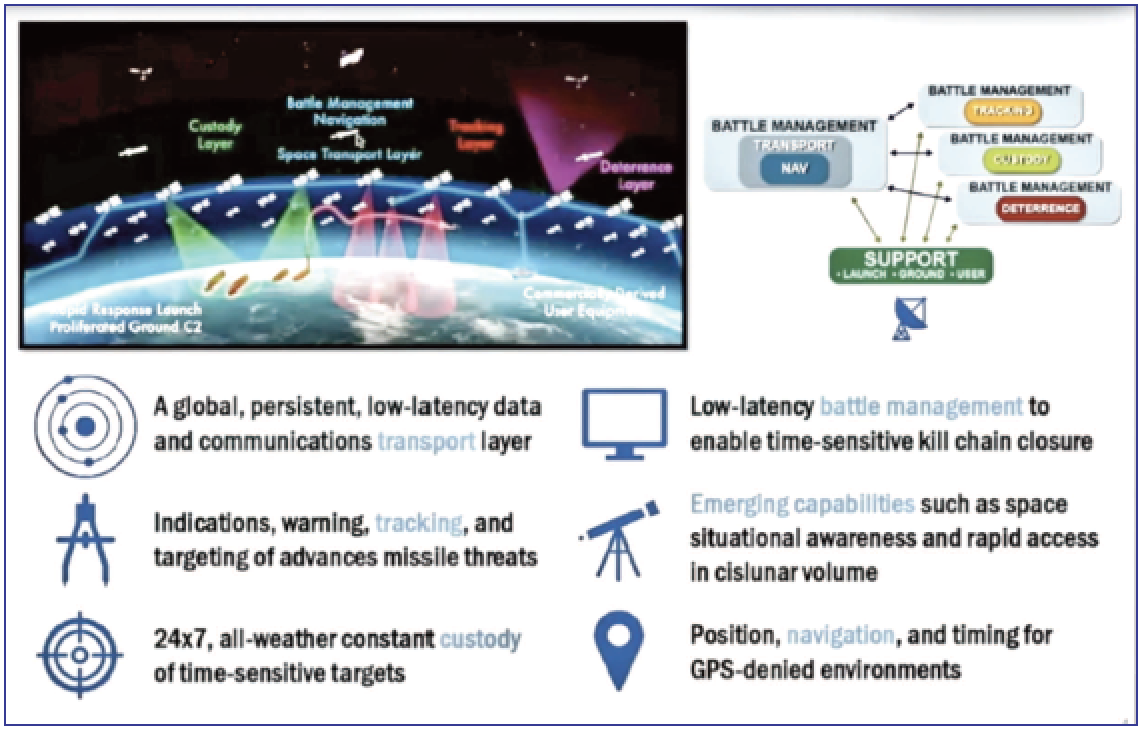 The key thing is to get all of those data, get it to the Transport layer, so it can be fused and further disseminated out to the tactical edge, out to the warfighter. Now a lot of that essentially takes some magic, right? That’s what the Battle Management light blue layer is.

All of this onboard processing, all of the real-time algorithms that enable this data fusion, automatic target recognition, and network management, all of that is what we call our Battle Management layer.

That’s what we’re doing for alternative navigation. And then of course there’s the Support layer — that is our ground support equipment — that is our launch and operations — and any special user that we would field — right now, we don’t anticipate any. That would all be handled by the support layer. That is the ‘how’ we are going to provide those capabilities. 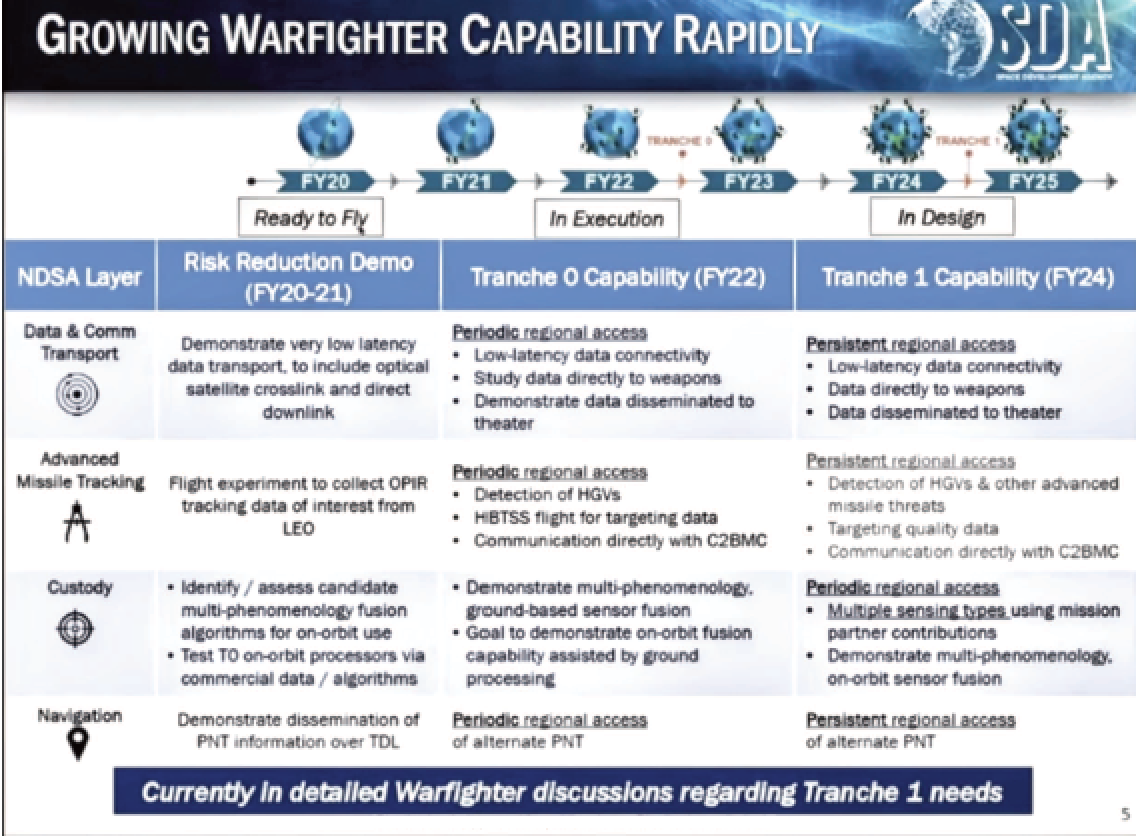 Now, when would we actually field these capabilities. As I mentioned, we’re developing these in tranches. The first set right now, basically last year and this year, we’re building up some technology developments, primarily working with DARPA and AFRL. Space Development Agency does not want to focus on tech development... we want to focus on capability and product field. (See Figure 5)

We’re going to fly a few demos in 2021, but primarily it’s all to show those capabilities that we can go from space over existing tactical data links so that we can show we can use commoditized optical crosslinks to talk to one another, talk to the ground, and also talk to airborne platforms.

The real capabilities start happening we seal our Tranches. Tranche 0 in FY22, so we’re looking at our first launch in September of 2022, second launch in March of 2023.

All of that makes up the Tranche 0 constellation. Then we’re working with mission partners to show we can take Custody, ISR data from their satellites via the ground back to Transport to the tactical edge. And for Navigation, we’ll also show that we can, in essence, do timing transfer and calculate the position of those satellites.We’ll demonstrate all of that in Tranche 0. We’ll also demonstrate a set of wide field and medium field of view satellites to do the missile tracking mission to show we can network those with Transport, we can actually calculate fire control solutions based on the data.