“In this century, I have bounced sensitive whispers off the moon, and guided manmade moons in orbit around our Earth . For the first time ever, I have cupped my ears and listened to satellites. My far reaching voice can now reach across the vast expanse of space. I can guide rockets and missiles ... I can do that and more. I am the Signal Corps...”
Sgt. 1st Class Samuel A. Barnes , 1976 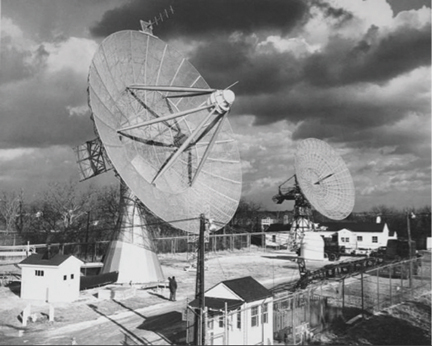 PROJECT DIANA
The Signal Corps had opened up the space age electronically by bouncing radio signals off the moon from its Diana radar at the Evans Signal Laboratory in Wall Township, New Jersey, on January 10, 1946.

VANGUARD
The first major satellite payload contribution was a demonstration of the feasibility of solar converters for satellites. That came with the launching of the Vanguard I on March 17, 1958. The Signal Research and Development Laboratory headquartered at Fort Monmouth developed solar power devices consisting of six cell clusters to power one of the two radio transmitters in the sphere. Vanguard’s initial orbit time was 135 minutes.

Three minutes after the Vanguard I was launched from Cape Canaveral, Florida, its signals were being picked up at the laboratory’s Deal, New Jersey, test station. In its first three years, Vanguard I traveled 409,257,000 miles in 11,786 orbits. It proved itself invaluable in scientific computations.

For example, because its orbit was definitely known and charted, it was used by map-makers as a true “fix” in establishing positions of Pacific islands never definitively placed before. It also enabled geophysicists to determine that the Earth is slightly pear shaped, not the oblate spheroid previously envisioned. Still more importantly, it established solar cells as the most efficient and reliable source of electrical power for satellites. 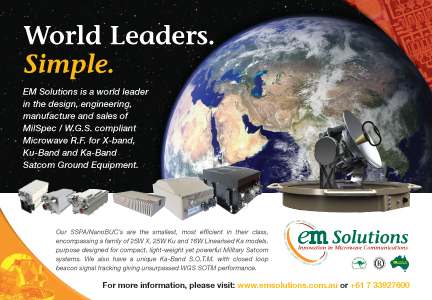 On February 21, 1965, the National Aeronautics and Space Administration (NASA) reported that the tiny satellite’s radio voice had weakened to the point where engineers believed it would never be heard from again after a transmission record of almost seven years.

The experiment effectively demonstrated the feasibility of world-wide communications in delayed and real time mode by means of relatively simple active satellite relays and provided valuable information for the design of later communications satellites.

SCORE was an Advanced Research Project Agency (ARPA) project carried out by the Signal Corps with the Air Force providing the Atlas launching vehicle.

VANGUARD II
The second major satellite payload contribution was the complete electronics payload for the Vanguard Cloud Cover Satellite, 1959 Alpha, launched on February 17, 1959. Vanguard II, with infrared scanning devices to provide crude mapping of the Earth’s cloud cover and a tape recorder to store the information, operated perfectly during the entire 20-day life of the battery power source. It made 211 orbits and was successfully interrogated 155 times to release the stored information.

TIROS
To televise cloud formations within a belt several thousand miles wide around the Earth and transmit a series of pictures back to special ground stations, the 270 pound TIROS (Televis- ion and Infra Red Observation Satellite) was launched on April 1, 1960 by an Air Force vehicle. The first television-type satellite for world-wide cloud cover mapping was produced under Signal Corps technical supervision and NASA sponsorship. 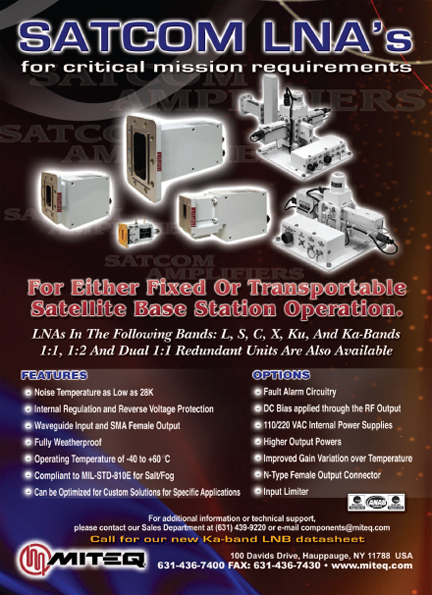 Its two television cameras — one a wide-angle lens photographing 800-mile squares of the Earth’s surface and the other shooting 30-mile squares, ranging between the latitudes of Montreal and New Zealand, were of different resolution for direct readout and tape storage. That represented the most intricate control so far used in a satellite.

The first orbit pictures were rushed to Washington on a new facsimile machine, also developed by the Signal Corps Research and Development Laboratory.

It transmitted a high quality picture to its destination in just four minutes. As a result, the first pictures from TIROS were on the President’s desk shortly after they were received from the satellite, and he personally released the information to the world.

During its three months of operation, TIROS sent down more than 22,952 pictures of cloud formations, depicting the world as man had never seen it. Although it was only an experimental forerunner, TIROS I made some important discoveries and contributions to meteorological research.

TIROS II, launched November 23, 1960, followed TIROS I to provide new and more comprehensive views of Earth’s ever changing weather patterns from its vantage point some 400 miles in space. The new, more definitive pictures and data it gathered and returned to Earth provided a ground work for new giant strides in meteorology and long range weather forecasts.

COURIER
The U. S. Army communication satellite COURIER I B was launched on October 4, 1960. It went into orbit and began to receive, store, and transmit to Earth a stream of voice and telegraph radio messages at the rate of slightly more than 67,000 words a minute.

Each time it passed over Salinas, Puerto Rico, or Fort Monmouth, the Signal Corps loaded it with hundreds of thousands of words in teletypewriter code. In the 14 minutes it stayed within range of either station, COURIER picked up or transmitted the 773,693 words of the King James Bible — or did both simultaneously — and still had two minutes’ time left. COURIER’s communication system broke down after 17 days operation. COURIER figured in the transfer of roughly six million words a day. Both on the ground and aboard the satellite, the telegraphic signals were first recorded upon, and then transmitted from, magnetic tape. The tape was moved through the transmitter, aground or aloft, at 740 times the normal transmission rate for high-speed teletypewriters. 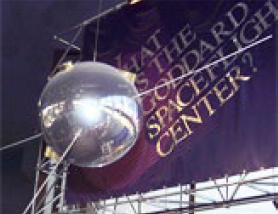 Nine days after the launching, a photograph transmitted from Fort Monmouth was retransmitted from COURIER and received at Salinas with no substantial loss in quality. The achievement established the feasibility of satellite storage and relay of all types of facsimile messages, including letters, maps, charts, and photographs.

COURIER was a 51-inch sphere, the outer surface of which was studded with 19,200 solar cells. When the sun shone on them, they generated 62 watts of electricity, which could be used immediately or stored in batteries. The most important items of COURIER’s equipment were five tape recorders; one for handling voice and four for storing the ultra-high speed messages. All equipment, including the recorders, four receivers and four transmitters, weighed 300 pounds. The satellite weighed 500 pounds.

Developed and launched as an experiment to test the feasibility of a global military communication network using delayed-repeater satellites, COURIER was replaced with a group of three satellites that followed 24-hour equatorial orbits at an elevation of 22,300 miles above the Earth. 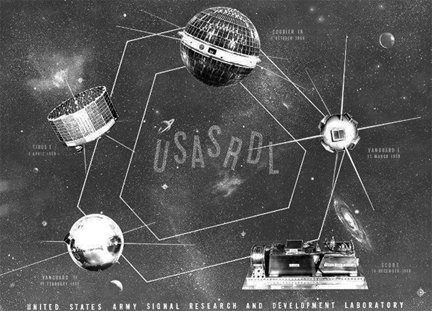 In 24-hour orbits, the new satellites were to follow exactly the rotation of the Earth. In effect, each hovered permanently over a particular point of the equator, and the three together were intended to supply a constant means of contact between points lying, roughly, between the Arctic and the Antarctic circles. The three communication relay stations were to form the Synchronous Satellite system. To explore and develop this new means of communications, the Initial Defense Communications Satellite Program, known as the IDCSP, was established. The responsibility for carrying out the Army’s portion of the program was assigned to the Army Satellite Command here.

In addition to its work with satellites, the laboratory headquartered here developed and tested all phases of work to fit its equipment into the new concept of rapidity and flexibility of communications: Jamming of the enemy’s electronic equipment; use of light, mobile rapid computing machines to assist battlefield commanders in making decisions; the use of photographic drones over the enemy’s lines; and the employment of silent radar “Sentries,” television, infrared detection and photographic devices and seismic and acoustic systems for battlefield surveillance. The contributions of the Signal Corps to the advancement of satellite communications were cited by former Signal Corps Research and Development Laboratory employee John Cittadino.

“Its legacy is enormous when you consider how commonplace and important satellite communication has become to the world. Not only for the military, but even more so for the commercial world. I mean, things like broadcasting the Olympics, they do all of that via satellite communications. So, it was a major step forward. Now, if we hadn’t done it, somebody else would have, you know, done it soon after. We just happened to be the ones that did the first one,” he said.

(Author’s note: This article is largely based on an excerpt from the Signal Corps’ Tradition Committee’s Historical Sketch of the United States Army Signal Corps, 1860-1969. Contact the CECOM LCMC Historical Office for further details at 732-532-6322.) 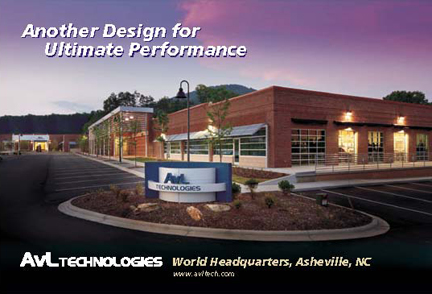 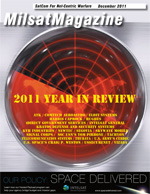