The U.S. has historically benefited from the use of commercial systems, government-owned systems and a combination of both for the research, development and delivery of new innovative technologies, products and services that not only drive economic growth but also meet national security goals. 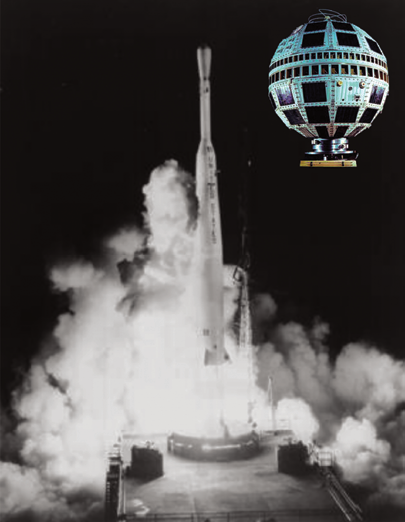 Since World War II, the U.S. has demonstrated time and again how this vital network has accelerated the speed of implementation while significantly reducing costs, minimizing redundancies and extending existing capabilities.

A privately sponsored space mission, it gave the U.S. a foothold against rival Russia in the space race while revolutionizing mass communication throughout the United States and eventually the world.

In unique instances, it has been a government-only system that has served the best interest of national need. The U.S. Air Force’s Wideband Global SATCOM (WGS) satellite, for example, is a constellation of highly capable military satellites designed to empower the U.S. Military and its allies with high-capacity broadband communications while augmenting the
one-way Global Broadcast Service (GBS).

Leveraging cost-effective, advanced technologies of the communications satellite industry, the WGS system has provided U.S. military forces and international partners a quantum leap in communications capacity, connectivity and flexibility, with the unprecedented ability for ground forces using an X-band terminal or radio to communicate with other forces using a Ka-band terminal or radio.

One of the best examples of a government-owned system made available commercially after a period of time is GPS (Global Positioning System), the conceptual foundation of which began with the Russian satellite Sputnik in the late 1950s.

According to leading telematics company Geotab, the Magellen NAV 1000 was the first handheld GPS device made available to consumers in 1989. Today, that same technology is commercially ubiquitous, relied on by businesses and individuals around the world not only for navigation but also to track people, packages and processes of all kinds.

Space Situational Awareness — or, SSA, and also referred to as Space Battle Management) has also expanded to include tracking services performed by both the U.S. Government and private companies such as ExoAnalytic and Engility Corporation (now SAIC).

While the U.S. Government has inarguably developed some of the most sophisticated communications and satellite systems in the world that support military, commercial and civilian applications, declining costs of technology and easier access to space have resulted in increased opportunities for commercial enterprises. 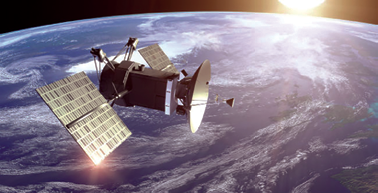 Recognizing the benefits offered in the space sector, foreign government participation in space programs has also increased, with Russia and China, in particular, posing real threats to the United States.

With the nation dependent on satellites across the spectrum, from emergency response to the stock market, it is a concern that has commanded considerable attention from both the government and private sectors.

In a March 2018 statement, General John Raymond, head of U.S. Air Force Space Command (AFSPC) at Peterson Air Force Base in Colorado Springs, Colorado, told the U.S. House Armed Services Subcommittee on Strategic Forces that “Commercial partnership and collaboration is vitally important to the AFSPC’s ability to succeed in our mission and more importantly, move forward in a manner that outpaces our strategic competitors. In response to the increasingly contested space environment, Congress has asked the Air Force to examine commercial solutions to rapidly fill critical operational gaps and mitigate emerging threats.”

To fill gaps in both network and ground system defenses, the U.S. Government is exploring several commercial ground and space capabilities to address the need for increased bandwidth to support GEO (Geosynchronous Equatorial Orbit) and LEO (Low Earth Orbit) satellites, as well as complementary technologies, including optical wireless communications (OWC).

A technology NASA has been using for decades to support critical exploration activities such as their Laser Communications Relay Demonstration and the Orion Exploration Mission 2 Optical Communications project, OWC addresses the need for cost-effective, highly secure, reliable, rapid satellite communications for mission-critical and bandwidth-intensive applications while augmenting existing
RF capabilities.

In the same way cooperation with industry paved the way for airplanes to take over U.S. reconnaissance from the cavalry in World War I, commercial assets are apt to herald in the next generation of satellite capabilities.

In June 2018, after reviewing Department of Defense (DoD) policies, documentation and planning documents, as well as interviewing a wide range of DoD and civil government officials and commercial stakeholders, the Government Accountability Office (GAO) reaffirmed its first findings in a 2011 report that supported the use of commercial satellites to host government payloads to help the DoD achieve on-orbit capability faster and more affordably — the work that actually started at the U.S. Air Force Space and Missile Command (SMC) in 2012.

Imagine the implications of commercial partnerships for U.S. bases in remote regions in the Middle East where broadband communication is vital.

Inmarsat Senior Vice President of Government Strategy and Policy, Rebecca Cowen-Hirsch (former Program Executive Officer for SATCOM, Teleport and Services at DISA and the first Vice Component Acquisition Executive for DISA) suggests that, in light of the shortage of satellite capacity in government networks, the military should look to a hybrid business model that leverages the best commercial assets available.

That strategy was echoed most recently during the May 2019 Senate Select Committee on Intelligence hearing considering the nomination of Chris Scolese (Director of NASA’s Goddard Space Flight Center) as Director of the National Reconnaissance Office (NRO).

Several members stressed the need to “fully embrace and leverage commercial space capabilities and expand the scope of NRO contracts,” with Scolese stating that the “burgeoning commercial sector that gives us a full range of capabilities will really enhance our ability to stay at the forefront of national defense and protecting our country.”

The use of commercial services and products will undoubtedly contribute significantly to a solution.

Another area for further discussion is the need to treat innovation as part of what can be done commercially and brought into the U.S. Government.

Looking beyond the near future to long-term solutions, adoption of OWC, hosted payloads, commercial innovation, etc., will depend on need, cost and a swift procurement process. The need is undoubtedly there, but technical, regulatory and affordability hurdles continue to widen the gap.

Critical decisions must be made now. Respondents in a 2018 report compiled by the Mitchell Institute for Aerospace Studies and the Center for Space Policy and Strategy advocate collaboration with the commercial space sector to reinforce space capabilities.

In addition to arguing that commercial partners could architect a network at a cost three to five times less than one developed solely by the government, and with schedule advantages, the report concurs that commercial developments will create “some of the most exciting and potentially game-changing opportunities ever seen for advancing space capabilities” — another voice of many reinforcing the need for the U.S. Government to embrace new technologies and diversify assets across public and private sectors to ensure the U.S. achieves its security goals while at the same time shaping the future of Space 2.0.
www.bridgesatinc.com

BridgeSat’s Chief Operating Officer Joseph Campagna has almost 30 years of experience in commercial and Department of Defense (DoD) satellite operations and ground system engineering and construction. Prior to BridgeSat, he served as CEO and Chief Engineer at Global Ground Systems, focusing on ground system design, systems analysis and business development for a multitude of commercial and DoD customers. Prior to that, Joseph was Director of Ground Systems Engineering at Orbital Sciences (now NGIS), overseeing ground system program management, design, installation and long-term support for GEO (Geosynchronous Equatorial Orbit) and LEO (Low Earth Orbit) missions. Joseph graduated from the University of Maryland with a degree in Aerospace Engineering Management and earned a Leadership Certificate from University of Virginia Darden School of Business.