The importance of accurate weather forecasting to the Air Force can’t be overstated. “Weather can be our greatest ally or our strongest adversary,” the service says in a pitch to recruit weather officers. 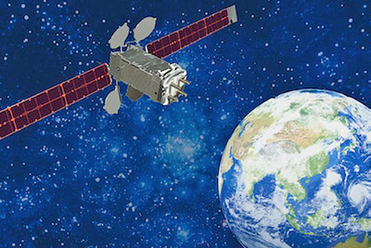 History provides evidence of both points. A sandstorm forecasted five days in advance prompted a change of plans that aided the successful US attack on Baghdad in 2003. Conversely, a surprise sandstorm contributed to the collision of a transport plane and a helicopter in the unsuccessful attempt to rescue US hostages in Iraq in 1980.

Why, then, is the Air Force aborting their pitch to the satellite industry to cope with looming gaps in collecting high-priority weather data? Why is the service turning to an international partnership to gather data when industry offers a solution: hosted payloads.

With an aging constellation of weather satellites, and with the loss of Defense Meteorological Satellite Program Flight 19 (DMSP 19) in February, only two years into its five-year designed life, the Air Force issued a Broad Agency Announcement earlier this year, asking for help from the satellite industry, according to various news articles.

Options were expected to include new weather satellites, international partnerships or buying commercial weather data. Solutions were to be implemented by 2019. Deadlines were set for late summer and fall, with contracts to be awarded in December. 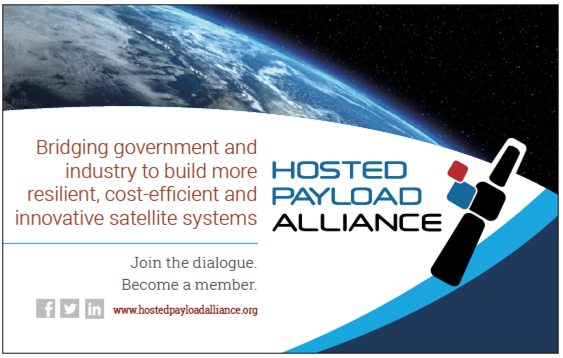 However, four months later, in answer to concerns about the future of forecasting capability, the Air Force sent Congress a long-term weather satellite strategy that relies on international partnerships and data from new satellites from Europe, India and Korea, according to an August 29th Space News article.

The missive to Congress outlined a plan using 23 satellite programs over the next decade to meet 12 of the Air Force’s most pressing weather forecasting gaps. The plan also calls for a new Air Force weather satellite program that begins in 2022, with replacement satellites launching every five years.

Apparently the reason for the about-face, according to Winston Beauchamp, the deputy undersecretary of the Air Force for space, was that “we have a very robust capability internationally, and weather data is one of the less sensitive missions when it comes to sharing.”

Lost in the shuffle was an opportunity to use weather forecasting capability to change the way the Air Force conducts its space business. With hosted payloads, the service could own a weather apparatus it can control and depend on, as it has for decades.

Using hosted payloads would disaggregate satellite capability, answering a need for resilience measures that is a part of every satellite discussion these days. The Air Force also could use existing infrastructure and have more launch flexibility—both leading to more timely implementation.

All of those elements can be accomplished with less expense than this latest plan to use non-US satellites, an important consideration in increasingly austere times.

The Air Force might well consider a decision four years ago by the Australian Defence Force, which decided to buy ultra high-frequency (UHF) communications capability aboard Intelsat 22, which launched in 2012.

The military has talked about hosted payloads for some years now, but has done little to support the idea, claiming issues such as an established defense architecture in programs of record and a lack of integration in concepts of operations (CONOPS).

Addressing the upcoming Air Force weather forecasting gap is a chance to open a new road to space operations, one that can pay rich dividends in the future while solving a problem that needs to be addressed now.

We are in the midst of the Golden Age of Space.  Revolutionary technologies are currently being introduced that will change how we communicate, relate, and see the world. The US government must change its concept of how to use these space capabilities to take advantage of new technologies and stay ahead of potential adversaries.

History provides many examples when military tactics failed to adjust to changing technologies. One comes from 1849, when Claude-Etienne Minié, a French army officer, wanted to make the muzzle loading rifle more reliable.

Minié designed an oblong cylindrical bullet with a point at one end and a hollow base that expanded when fired, significantly increasing accuracy and lethality over much longer distances as compared to its round, lead-ball predecessor.

This was a military game-changer. Long held strategies, tactics and concepts of operations that had been developed for the shorter range and awful accuracy of the muzzle ball no longer applied. However, the military strategists of the time did not adapt.

Even after the British used the better bullet design with devastating effects against the Russians in the Crimean War (1853-1856), these lessons were largely ignored. By the time of the American Civil War in 1861, both Union and Confederate forces were using the “Minié ball” but had not abandoned the tactics from the American Revolutionary War that called for tight formations of men which would approach to within 50 to 100 yards of each other before firing.

The problem was that the Minié bullet could now hit targets accurately at 400 yards. This made these tactics practically suicidal and contributed to the high death toll of the Civil War.

Large organizations are resistant to change. But the lesson here is that a delay in updating concepts of operations to current technology can have devastating results.

Today we see a revolution in satellite technology. High Throughput Satellites (HTS), such as Intelsat EpicNG, provide an estimated 300 to 400 percent improvement in throughput over traditional wide beam satellites. Low Earth Orbit (LEO) satellites, such as OneWeb, have very low latency and target speeds of 4G+—10x faster than the targeted 512kbps of other planned LEO satellites.

To face the challenges of the future, the US government and the military should work with the commercial space industry to understand how to best integrate this technology and change concepts of operations quickly to leverage these new capabilities. Today’s standard of two to four years to change CONOPS and update airworthiness, even for a software patch, are far too long.

A good example of leveraging this technology is by making better use of remotely piloted aircraft (RPAs)—the time has come to think beyond the “Dull, Dirty and Dangerous” justification for RPA missions:

Start by making RPAs essential tools for immediate, responsive ISR supporting any warfighter mission—from combat to humanitarian instead of settling for the current 2-4 Mbps from RPA feeds, planners should think of bandwidth throughputs of 10 Mbps by using HTS—50 Mbps is feasible by using more efficient waveforms (available now) and even faster speeds in the future

These high throughputs will enable a broad range of different sensors tailorable to the unique mission requirements from traditional electro-optical to hyperspectral imaging, and wide-area, persistent surveillance—video resolution beyond HD to UHD is possible

With this robust bandwidth throughput, RPAs can operate effectively as airborne relays and command and control enablers

It is not only RPAs. On the ground, this increased bandwidth can enable mobile Wi-Fi hot spots along with Bluetooth wireless tools that can support monitoring body cameras and other “wearables” displaying what every soldier sees. The technology can also monitor their vital functions and locations in real-time, useful for training as well as post-event analysis. Achieving the goal of “every soldier as a sensor” is within reach.

The lesson of the Minié ball still resonates today. Our adversaries are leveraging new technologies now and we must adapt our military thinking and CONOPS faster to adjust to the demands of the modern battlefield.