When it comes to communications, military organizations are increasingly looking to keep it short and sweet. 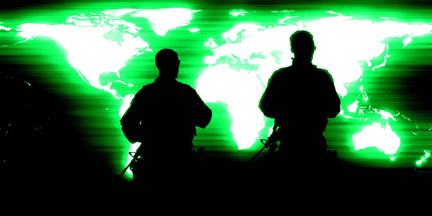 In the world of communications, data is all important. The ability to easily and cost-effectively send and receive data has completely transformed the way people carry out day-to-day tasks and communicate with one another.

When Short Message Service (SMS) technology was introduced to cell phones, it was put in as an afterthought and was predominantly used to send network messages and voicemail notifications. Today, 2.2 trillion texts are sent a year in the U.S. alone, with the total global figure estimated to be 8.6 trillion. SMS is a low cost way of sending information, which in many cases is more efficient than making a call.

For military organizations, communication is essential for effective situational command and control—yet many forces still rely solely on radio to keep in contact with units in the field.

Limited By Voice
Unfortunately, radio has struggled in recent conflicts. It is a line-of-sight only method of communication (not ideal for the rugged, mountainous terrain of Afghanistan for example), prone to signal loss due to its limited range. Its channel-based system is also hindered by the fact only one person can be talking at a time, and this must be constantly monitored to make certain messages are not missed. When it comes to disseminating received information, the original message must be copied down and then repeated to the new receiver. In situations where every second counts, this delay is unacceptable and also leaves the message open to misinterpretation through human error. 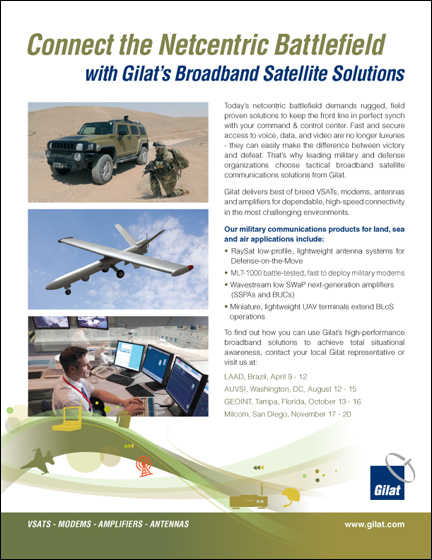 As a first responder technology in new territories, radio is limited and seems even more antiquated when you consider that, thanks to smartphones, civilians have the ability to find their current locations and then alert others to their whereabouts in real-time through social media—a soldier on the battlefield is left describing locations using landmarks and map grid references. These limitations have resulted in a rise in satellite short burst data (SBD) usage in recent years.

Data Strengths
The main benefit of SBD is cost-effective Beyond-Line-of-Sight (BLOS) transmission. However, it also allows for simultaneous broadcast, meaning that information can be sent back and forth between multiple parties at the same time without interference.

If a commander wanted information from multiple units out in the field, this request could be transmitted to all units simultaneously. The responses would automatically be queued up for the commander to read. Information exchange is instantaneous and accurate, unlike voice communications. Furthermore, there are no combat network radio management issues to contend with. This data can then be forwarded on, verbatim, to other receivers quickly and easily.

Data also allows for delayed receiving: The message does not have to be retrieved immediately once it has been sent—should the receiving party be unavailable, the message will remain accessible. This means that non-critical information can be transmitted without the fear of distracting receivers who may be carrying out tasks requiring their full concentration. This is why chat messaging between in-theatre forward operating bases is so widely used. 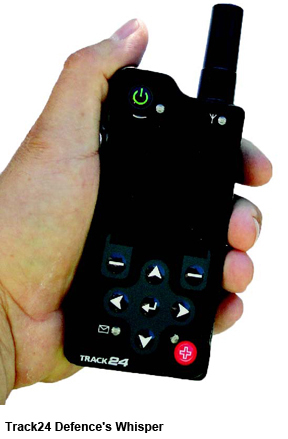 BLOS communications is why larger militaries invest millions of dollars in MILSATCOM, but even military satellites offer limited territorial coverage. This has resulted in a rise in commercial satellite network usage, as a provider such as Iridium offers total global coverage and this is why the U.S. military relies on commercial satellite services for as much as 80 per cent of its SATCOM capability.

SBD is a more cost efficient way of communicating than a voice call via satellite, as concise information is transmitted. This makes it easier to manipulate, disseminate and encrypt, again bringing the cost down, allowing for more data to be sent, more frequently.

Secure Comms
The obvious concern for many in the military sphere regarding commercial satellite communications is security. This centers on the fact that data is often sent through another nation state; for example, in the case of Iridium, the USA. The worry for, say, Russia or countries in the Middle East, is that regardless of whether data is commercial or defence related, it will flow through a gateway that is based in another country.

It is therefore up to end-to-end service providers that use these commercial networks as their SATCOM backbones to address any potential vulnerability. The answer is to encrypt data at a high level at both the device and system end. This prevents un-encrypted data from travelling through commercial gateways. This ensures only the military force with the encryption key has access to the data.

While some may question the level of security that service providers offer when compared to military channels, when considered in detail, it is actually very similar. ‘Suite B’ cryptography is part of the U.S.’ NSA Cryptographic Interoperability Strategy (CIS) and is used to communicate with coalition partners. AES256 is a Suite B algorithm and is what is used in many commercial solutions. In fact, sending short burst data via a commercial network means it will be travelling alongside data sent from companies in various other sectors, adding a layer of ‘data camouflage’.

Another commercial satellite advantage now realized by military forces is that provisions are already in place to reduce any disruption to the network. This was the case in 2009 when Iridium 33 collided with a defunct Russian satellite and was destroyed. Within three days, the hole in the network’s service had been closed and disruptions dealt with. 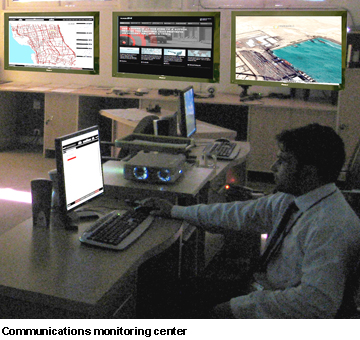 Why Now?
The main driver behind the recent increase in SBD popularity however, is latency reduction.

Five years ago, data transfers via satellite could take up to five minutes to complete. This was a problem for militaries wanting to use SBD to transmit location data and resulted in large discrepancies between where HQ was being told an asset was positioned and its actual location. The unit could be five kilometres from that location in any direction by the time the data reached central command.

Advances in data transmission technology have now reduced SBD latency to around 10 seconds, making it suitable for situational command and control. This is now classed as near real-time information. This reduction in latency has been accompanied by a reduction in the size of the hardware used to transmit data.

This means SBD is now also being used extensively for Machine-to-Machine (M2M) communications. Two recent examples include UAV navigation while still in the air, and counter-threat solution provider Allen-Vanguard using SBD to update its Electronic Counter Measure equipment while in the field and out of radio contact range.

When All Is Sent’ + Done
When it comes to close-quarter live comms within an established operational region, radio will remain the primary form of instant communication. However, the battlefield has evolved and conflicts now take place in remote regions hundreds of miles from base. BLOS communication has never been more important and the reduction in round-trip latency has meant a reconsideration of SBD for military forces around the world.

There is robustness to a commercial network with multiple LEO satellites that military organizations struggle to match. Data transmission is the future of command and control and as the technology develops the hardware will become smaller and ruggedized.

We’ve already seen a spike in creative M2M solutions using SBD and we anticipate this going further still as the potential of SBD transmission is fully explored, understood and exploited. 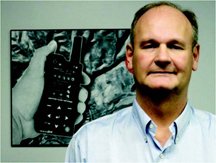 About the author
Giles Peeters commenced his military communications career at RAF Digby in 1997 before moving on in 1998 to the Engineering Office at 751 Signals Unit on the Falkland Islands. In 1999 Peeters joined the Defence Communications Security Agency (DCSA) Corsham, as the Duty Operations Officer of the Global Operations Security Command Centre (GOSCC), before becoming the Military Liaison Officer for Signal Intelligence at GCHQ Cheltenham in 2001. Peeters then worked with the DCSA Corsham Satellite Integrated Project Team (SAT IPT) as their MOD Commercial Satellite Service Delivery Officer. From 2004 to 2007 Peeters’ significant expertise in commercial satellite communications proved invaluable in Iraq and Afghanistan as he provided front line tactical communication and deployment capability for the Joint Helicopter Command (JHC) J6 SO2 from HQ Land Command, Wilton. Peeters’ final rank was RAF Squadron Leader. In 2007 Peeters moved to the private sector to consult for organisations such as NATO, on blue force tracking requirements. Now Defence Sector Director at Track24 Defence, Peeters is the driving force behind the launch of the company’s new, commercial-off-the-shelf (COTS) blue force tracking solution, situational Command & Control (SCC). 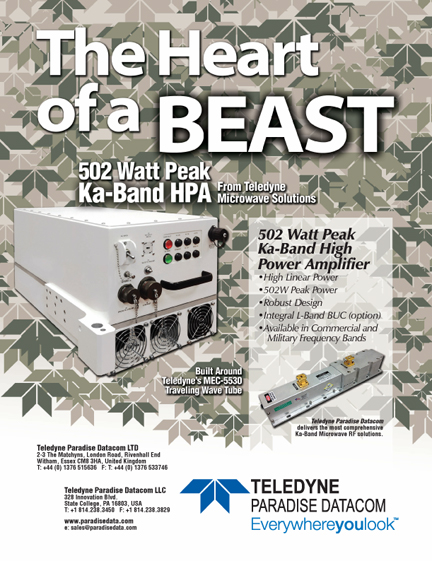