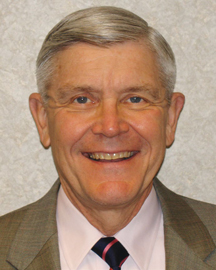 In addition to his operational Marine Corps assignments, where he commanded at the battery, company, battalion and regimental level, Hanlon also commanded the Marine Corps’ premier west coast training facility at Camp Pendleton, California. Hanlon later served as the U.S. Military Representative to the NATO Military Committee. In this post, he represented the Chairman of the Joint Chiefs of Staff and was responsible for U.S. policy within the Military Committee.

Following his Marine Corps career, Hanlon served as the Regional Executive for Europe, Sub-Saharan Africa, and Israel for Raytheon International, Inc., from 2007 until his retirement in August 2012.

MilsatMagazine (MSM)
You recently authored a couple of pieces about the USMC needing a command and control (C2) system update. Why is this issue important to you?

Ed Hanlon
In recent years, the Marine Corps has applied the principle of maneuver warfare to expeditionary operations. Concept documents describe the need to quickly comprehend and effectively “maneuver” across the complex dimensions of the modern battlespace—a battlespace coupling expeditionary and sea-based operations with an expectation of harsh, austere environments. 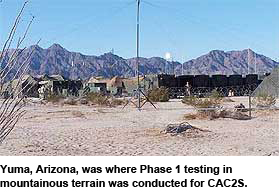 Consequently, Marine Corps C2 systems must function across these same environments while consistently supporting collaborative planning during deployment and employment of the force. This requires leanness, agility and rugged capability.

For example, today operators sitting in front of two, three or even four displays mean that the operator is the integration system—he picks a piece of information from this display, another from a second, yet another from a third and then figures out what it all means. CAC2S will provide a single, common operating picture to the commander.

MSM
Why shouldn’t the current systems be extended or modified to meet the needs of the USMC?

Ed Hanlon
Systems—plural—is the key word. There are numerous bits and pieces of systems that deliver disparate data in a variety of formats and interfaces. Deciphering and reconfiguring data into usable information takes time and resources—both of which are in short supply. The Marines have a well-deserved reputation for doing a lot with little, and in today’s environment, no service has extra resources—personnel or budget—to spend time working disparate systems to end up with subpar data analysis and integration.

Additionally, the Marines are an expeditionary force. This means that they are the first to the battlefield in the majority of conflicts. Time is an element which cannot be wasted. A system that can provide the needed data quickly, efficiently and comprehensively is paramount. Key decisions are made based upon the initial understanding of the battlefield. Commanders need the best information to make the best decisions. To limit the scope of conflicts, reduce casualties and avoid lengthy engagements, our warfighters must have the right tools to achieve these goals.

Call it integration or data fusion—whatever the chosen moniker, the point is the same. Create an accurate, real-time picture of the battlefield using data from a variety of sensors to allow commanders to make decisions that get the U.S. closer to the end goal.

Let me be clear, I’m not advocating that the Marines invest in a glitzy, innovative solution with bells and whistles galore. I believe what is needed is investment in an affordable, proven command and control system technology that will provide commanders with a complete picture of any warfighting situations.

MSM
Is this the correct time for the USMC to pursue such a program?

Ed Hanlon
The Marines need CAC2S now. The future relevance of the Marine Air Ground Task Force is very much dependent on the commander’s ability to integrate their new G/ATOR radar sensor, as well as the capabilities of new aircraft such as the MV-22 Osprey tilt-rotor, AH-1Z Viper attack helicopter, and the fifth generation F-35.

Extracting maximum value from the Marines’ investment in these aircraft requires a smart command and control system. The most difficult technical challenge for CAC2S is data fusion —the ability to integrate thousands of tracks from numerous, disparate sources into a single-fused, overarching battlefield display. However, a rigorous prototype “fly-off” conducted last year should help identify the leading defense contractor in the data integration field. 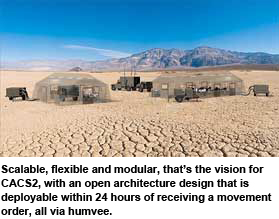 The Marines now have the opportunity to take existing C2 technology to amplify the capabilities of their physical and data systems to provide the commanders with truly actionable information. A low-risk, technologically advanced solution is available. The Marines have spent time analyzing what they need. Now it is time to identify and move forward with a solution to meet those needs.

MSM
What are the top things the USMC needs to keep in mind when pursuing such a project to ensure they achieve their capability goals?

Ed Hanlon
As the Marines make a decision for the Common Aviation Command and Control System, I believe they need to match requirements to system capabilities to ensure the chosen system is transportable, scalable and modular.

From my perspective, it is those last two that are unique and essential to the system. The Marines are an expeditionary force—that is their charter and that is what they are best at. They need equipment and systems that are easily transportable, scalable and modular.

They move fast and they need a system that moves fast without any degradation. The system must be modular, almost plug-and-play in nature, so that certain physical elements can be stable, but mobile, while other elements are more tactical, and move with human personnel. 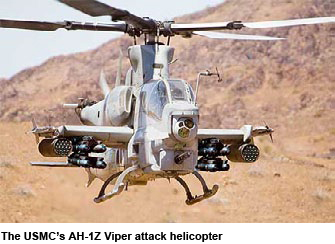 Along this same line, the system should be scalable. If an element is not needed for an engagement leave it behind. Marine operations can range from a full scale offensive operation to a small, nimble security task force. The system needs to work well for these scenarios and everything in between.

MSM
Assuming the USMC moves forward with CAC2S, what is your vision for the program?

Ed Hanlon
My vision does not involve the program per se, but the results. In this case, I don’t mean specific data results or data output of any kind. What I mean is the result of providing our warfighter with the best and most comprehensive information that will allow him or her to move in quickly, do the job for which they have been trained, and to extricate themselves safely and efficiently once their mission is complete.

Non-conflict system performance metrics are essential to ensure system readiness and our overall technical superiority, but we must not take our eyes off the true and ultimate measurement: the success and safety of the men and women in uniform.

I don’t care what you call the systems, or what bells, whistles and gizmos may hang off of them. In the case of a command-and -control system, my vision is that every warfighter, when engaged in a conflict, has confidence that their commanders understand the situation, the enemy and the battlefield.