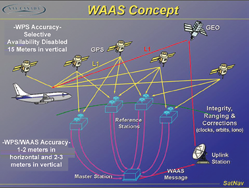 A network of precisely surveyed ground Reference Stations are strategically positioned across the country including Alaska, Hawaii, and Puerto Rico to collect GPS satellite data. Using this information, a WAAS Message is developed at the Master Station to correct signal errors. These correction messages are then broadcast from Ground Uplink Stations through commercial GEO communication satellites to receivers onboard aircraft using the same frequency as GPS.

WAAS is designed to provide the additional accuracy, availability, and integrity necessary to enable users to rely on GPS for all phases of flight, from en route through GNSS Landing System (GLS) approach for all qualified airports within the WAAS coverage area. With the Wide Area Augmentation System (WAAS), accuracies of 1-2 meters in horizontal and 2-3 meters in vertical are consistently achieved.

In order to adequately cover the United States and to provide on orbit redundancy in case of satellite failure, it is desirable to have at least two operational WAAS space payloads on separate platforms.

Lockheed Martin Transportation and Security Solutions was placed under contract by the FAA to be the prime contractor for providing GCCS-WAAS services. The payload provides users with Satellite Based Augmentation Signal (SBAS) navigation waveforms at the GPS L1 and L5 frequencies. The Navigational Payload operates in bent pipe mode and simultaneously translates two C-band uplinks signals into two L-band downlink channels.

In 2003, Lockheed Martin contracted with Intelsat (then PanAmSat) and Telesat for hosting of L1/L5 GCCS WAAS navigation payloads on Galaxy 15 (PRN 125 at 133W) and Anik-F1R (PRN 138 at 107.3W) respectively. Lockheed Martin owned the payload and was responsible for FCC frequency licenses and ITU coordination. 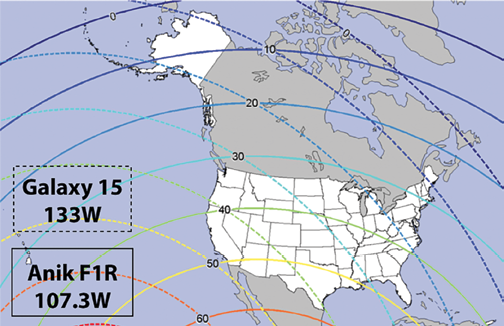 These space payloads provide leased services under the FAA’s Geostationary Satellite Communications Control Segment (GCCS) contract with Lockheed Martin for WAAS geostationary satellite leased services, who was contracted to provide up to three satellites through the year 2016.

The Lockheed Martin contract with Intelsat actually included two elements. The first element was hosting of a redundant L-band WAAS transponder system on Galaxy-15 (including integration, testing, program oversight, and so on), followed by ten years of operations following service commencement. The second element was placement of a Ground Uplink Station (GUS) located in Intelsat’s Napa California teleport. Lockheed Martin also owns the hardware installed at the GUS in Napa.

Key to the FAA WAAS program is coverage over Alaska, where GPS and WAAS is used extensively by commercial and civil air traffic. It is very difficult to maintain a lock on the WAAS signal where the above horizon elevation from the airplane to the WAAS satellite is less than 10 degrees.

The solid contours in the adjacent illustration illustrate elevation angles (above horizon from aircraft) from Anik-F1R, the dashed lines illustrate elevation to Galaxy-15. Consequently, Galaxy-15 is required to provide WASS availability to Alaska. Ideally the WAAS space platforms would be located in the vicinity of 123-125W, where coverage is optimized for both Alaska and to Nova Scotia (see coverage map).

Intelsat’s WAAS payload was hosted on an Orbital Science StarBus 2.2 platform. The hosted payload added about 60kg to the launch mass and required about 300W of platform power. This hosted payload was added to a spacecraft already in production and launched within two years of contracting with Lockheed Martin. 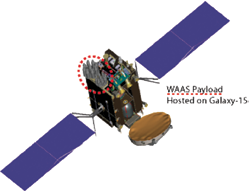 Critical to the success of this program was the fact that Intelsat had contracted multiple spacecraft from the same manufacturer with space on the nadir deck. Additionally, Orbital Science was extremely flexible in accepting changes to the spacecraft already in production.

Galaxy 15 was launched in 2005 and, following certification, began transmitting the WAAS signal. This payload now provides the capability for the development of more standardized precision approaches, missed approaches, and departure guidance for approximately 4,100 ends of runways and hundreds heliport/helipads in the National Air System (NAS).

About the author
Dr. Bryan L. Benedict serves as the Product Line Manager for Hosted Payloads at Intelsat General Corporation. He has worked extensively within both the DoD and US Civil Agencies to socialize the advantages of hosting imaging payloads on commercial spacecraft...

Additionally, Dr. Benedict has been a key driver in the commercial industry for the use of space robotics for both recovery and life extension of geosynchronous satellites. Prior to his current position Dr. Benedict served as the Director of Engineering for Satellite Acquisitions for PanAmSat.

Dr. Benedict started his career as a chemical engineer in the petroleum industry – inventing and patenting several catalysts still used for stabilization of jet fuels. Dr. Benedict earned his Ph.D. from the University of Wisconsin in 1986, where he conducted research on the stabilization of “high energy” materials within crystalline lattices.

Dr. Benedict has been awarded a number of patents throughout his career – the latest for delivery of microsatellites to orbit piggybacking on the nadir deck of geosynchronous communication satellites. 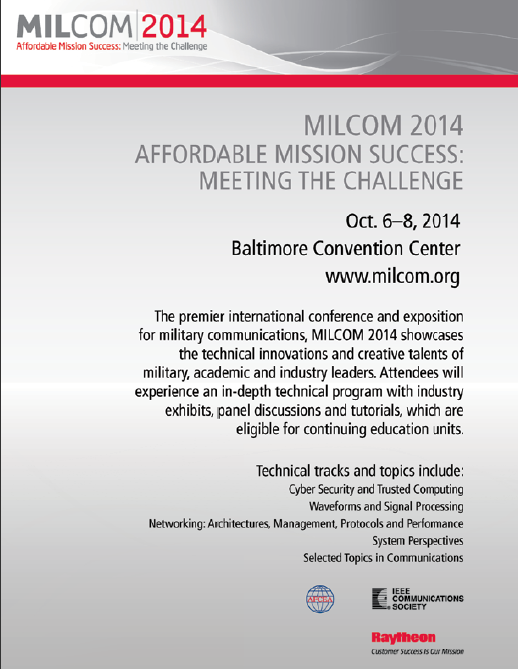