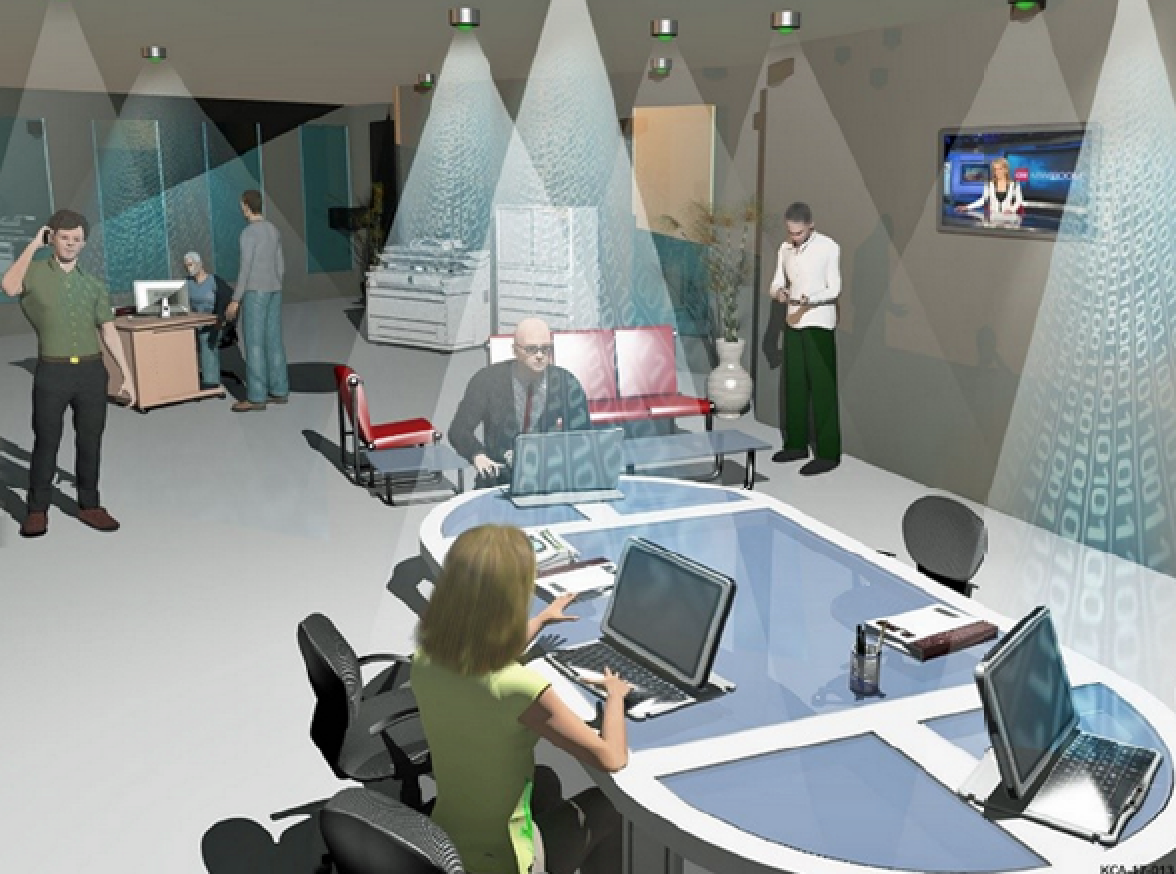 Li-Fi is a bidirectional, high-speed, and fully networked wireless communication technology similar to Wi-Fi, but capable of 10 times faster transmission rates from point to point.

“Li-Fi technology has the potential of being faster than any radio based technology existing at present,” said Dr. Bill Butler, project lead for the DISA Li-Fi University Affiliated Research Center (UARC) Project. “With Wi-Fi, all devices are fighting for the same 800 megabits per second (Mbps) of bandwidth. With Li-Fi, the entire visible and non-visible light spectrum is available for use - laying the groundwork for 10 gigabits per second (Gbps) transmission rates within the next calendar year.”

Li-Fi can provide the military with high speed, non-detectable communications that cannot be identified through current direction-finding technology. The high-speed, multi-frequency communication capability inherent in Li-Fi can free up bandwidths used in critical legacy applications that haven’t converted to newer technology.

With Li-Fi, inter-soldier, inter-vehicle, and inter-ship line-of-sight communications can render mobile units ubiquitous relays of information and orders without any verbal communication, while remaining totally invisible in the battlespace.

Li-Fi will be especially valuable in commercial applications, such as communication between cars and other vehicles requiring integrated high-speed motion detection; in hospitals, where radio waves interfere with delicate instrumentation; in airplane environments, where radio frequencies (RF) can interfere with navigation equipment; and in construction, where heavy explosives are currently detonated through radio signals.

How It Works
According to Dr. Butler, “light is already used for data transmission in fiber-optic cables and for point-to-point links, but Li-Fi is a special and novel combination of technologies that allow it to be universally adopted for mobile ultra-high speed internet communications using normal light frequencies across the 440 to 770 terahertz (THz) spectrum. However, Li-Fi can also be used in the non-visible frequencies, such as infrared, X-ray, and ultra-violet frequencies between 300 gigahertz (GHz) to 400 THz - presenting endless possibilities for manufacturing new and complex communication equipment.”

Li-Fi uses a photo-detector to receive light signals and a signal processing element to convert the data into 'streaming binary digital' content. An LED lightbulb is a semi-conductor light source, meaning that the constant current of electricity supplied to an LED lightbulb can be dipped and dimmed, up and down at extremely high speeds, without being visible to the human eye.

For example, data is fed into an LED light bulb (with signal processing technology), it then sends data (embedded in its beam) at rapid speeds to the photo-detector (photodiode).

The tiny changes in the rapid dimming of LED bulbs is then converted by the 'receiver' into electrical signal. The signal is then converted back into a binary data stream that we would recognize as web, video, and audio applications running on internet enabled devices.

Currently available Li-Fi commercial products run on visible light, and because light cannot penetrate through solid walls, signals can’t be intercepted while being transmitted — unlike traditional radio frequencies. This is a critical advantage when it comes to protecting classified and sensitive DOD missions.

“In battlefields, Li-Fi can be used for vehicle-to-vehicle communications through the use of headlights and taillights without system interference, and the data is secure because information is only transmitted to those in the line of direct sight. It can also replace the complex cabling required in forward-deployed command centers by combining the network access points in the overhead lighting. This reduces power consumption and simplifies command center setups,” said Dr. Butler./ “Additionally, there is greater bandwidth availability in light waves than radio waves, and the transmission of data using LEDs is highly energy efficient.”

On the Horizon
DISA is in the early stages of exploring Li-Fi technology and the applicable uses for DOD. The technology was demonstrated in a classified work environment and initial pilots confirmed Li-Fi provided secure networked communication within an enclosed space.

“Right now, we are working to procure equipment and configure a demonstration of Li-Fi within a secure, multipoint networked environment,” said Dr. Butler. “We will continue to work with our academia partnerships to explore and prototype the next-generation DODIN and move the DOD towards a wireless non-RF complimentary environment.”

In the future, Li-Fi may be offered as an enterprise service for secure environments, and may also serve as a solution for other communication requirements.

Data for laptops, smart phones, and tablets is transmitted through the light in a room using diodes pulsing at extremely high speeds undetectable to the human eye. Security is established through direct light transmission; therefore, if you are not in the amplified light network, you cannot access the data or other networked appliances.
www.disa.mil/