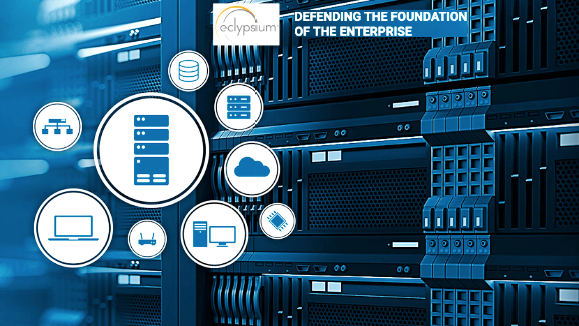 This contract will allow Eclypsium to conduct feasibility studies with the Department of Defense (DoD) to demonstrate how the company’s enterprise device security platform supports unprecedented device visibility, risk management as well as threat detection.

The risk posed to government systems has become far more widespread, due to the availability of tools, hardware and firmware knowledge, and the wealth of vulnerabilities for attackers to target.

Eclypsium’s technology provides comprehensive device visibility and defends against vulnerabilities and threats hidden within devices. This lower level of visibility is essential to a resilient cybersecurity strategy.

“Nation states represent a significant, persistent cyber espionage and attack threat to our military and critical infrastructure systems,” said John Loucaides, VP Federal Technology at Eclypsium.“As adversaries continue to expand their capabilities into the many devices in our infrastructure, the DoD must deploy the most advanced cyber defense measures available. We are pleased that they have chosen Eclypsium to bring more holistic device visibility and security across an array of devices, components, and environments to the Air Force.” 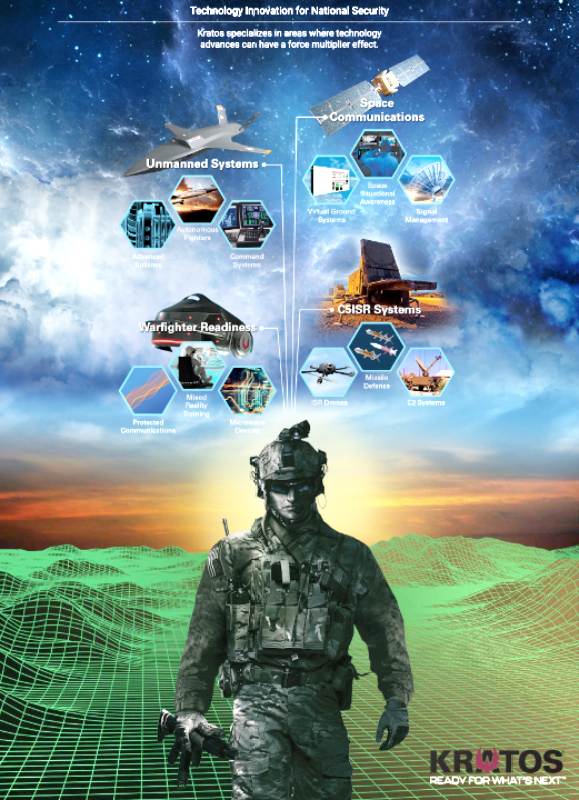 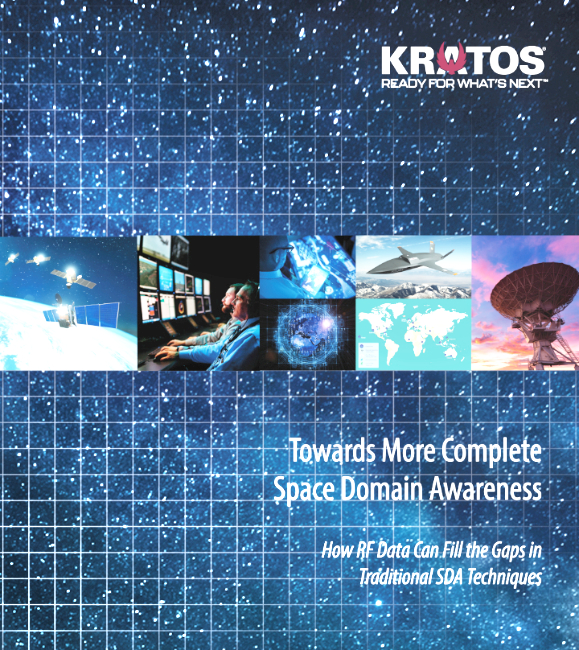 The event also highlighted a method to restore satellite service in response to interference and the capability to gather and fuse information from sensors and satellites through the Unified Data Library (UDL) which is a U.S. government owned, cloud-enabled database accessible by the DoD and coalition partners. The capabilities available through EM&C are important as they support real-time warfighter communication across domains in times of war or conflict.

EM&C is an important strategic goal of the military to effectively operate an integrated SATCOM enterprise by increasing assured SATCOM access for the warfighter with legacy and next-generation terminals. It improves the effectiveness of the DoD’s critical SATCOM infrastructure by enhancing resilience and giving more satellite link choices, reducing resource allocation times and improving bandwidth efficiency. 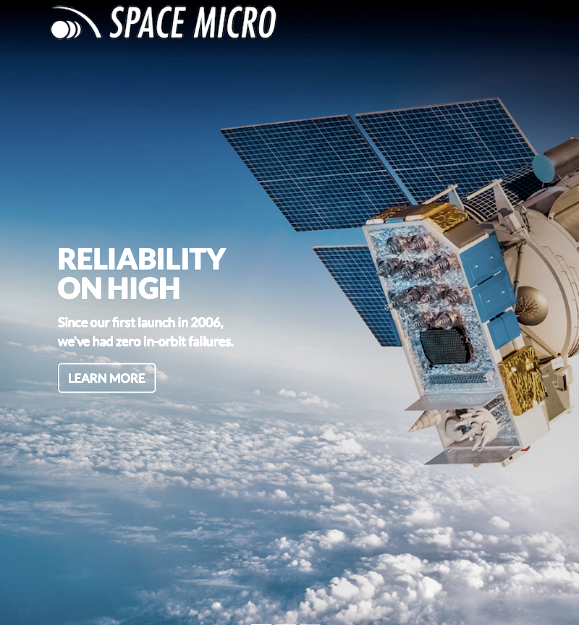 Space Micro stated that their core expertise in developing and orbiting reliable radiation-hardened space subsystems, including communications (RF and optical), processors and cameras, provided a foundation for the award-winning proposals: U.S. Army: STTR contract for “Machine-Learning Based Sensing and Waveform Adaptation for SDRs Operating in Congested and Contested Environment.” 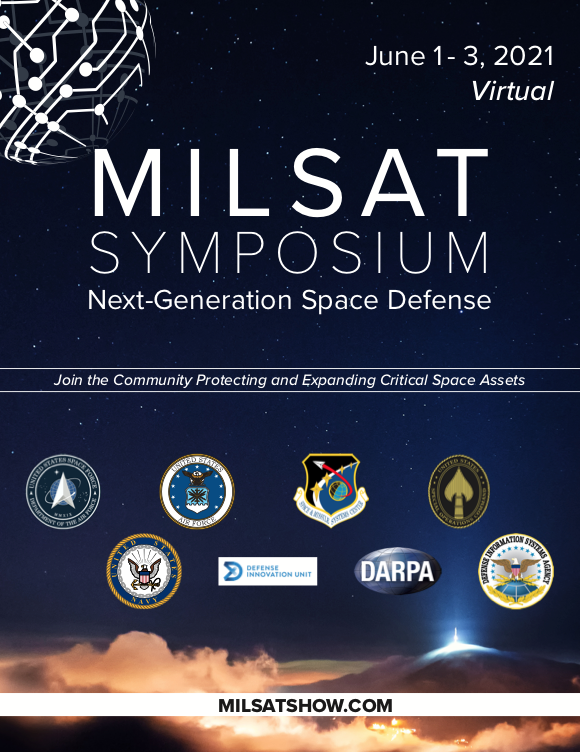 Solstar Space has been awarded a U.S. Air Force, AFWERX SBIR Phase 1 contract — as a participant in the Phase 1 cohort.

Solstar Space will conduct feasibility studies with the Department of Defense (DoD) to demonstrate how the company’s onboard, satellite Critical Data Relay supports continuous connectivity and provides vital global communications for spacecraft in LEO orbit.

LEO smallsat operators, including the DoD, have limited opportunities to communicate with spacecraft to ensure optimal operation.

Troubleshooting of any issues is constrained to pass over windows where downlink stations are available leading to downtime, protracted recovery processes, and risk for catastrophic loss.

Continuous 24/7 connectivity through a space-based IP network will seek to increase asset utilization and efficiency while mitigating risks associated with limited communications links.

Mobile Surveillance Solution with ThinSat®300.
Photos are courtesy of Broadcast-Solutions.

The ABCT COTM solution will integrate enhanced mobile network solutions directly onto select vehicles to make command posts more expeditionary, while enabling soldiers to retain network connectivity as they drive across the battlefield. 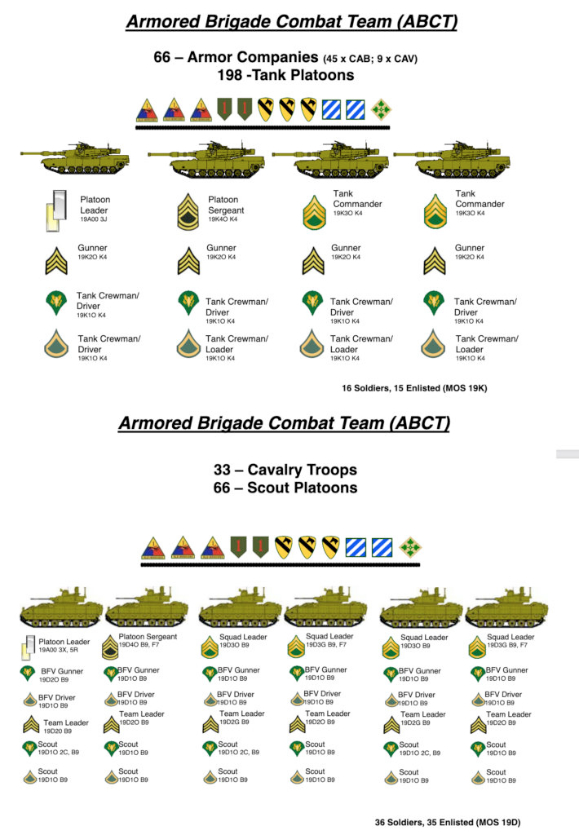 ThinKom ThinSat® 300 vehicular satellite antennas were acquired by General Dynamics Mission Systems for testing as a design option for mounting on commandpost vehicles in armor formations. As a subcontractor, ThinKom provided these three antennas as part of the U.S. Army’s contract award to General Dynamics to support integration, engineering and fielding services for the ABCT COTM experimentation effort.

Designed to work with a full range of modems and networks, the ThinKom system provides flexible “futureproof” interoperability options with current and next-gen satellite systems, including geostationary and low earth orbit constellations.

The COTM experimentation program is expected to lead to prototype deployment and testing under the Army’s two-year Capability Set cycle in 2023, according to the U.S. Army’s Program Executive Office for Command, Control, Communications-Tactical.

“The ABCT pilot program will demonstrate that our field-proven commercial off-the-shelf technology can provide a reliable and low-cost solution to meet this demanding requirement in support of U.S. armed forces,” said Bill Milroy, ThinKom’s CTO and Chairman. 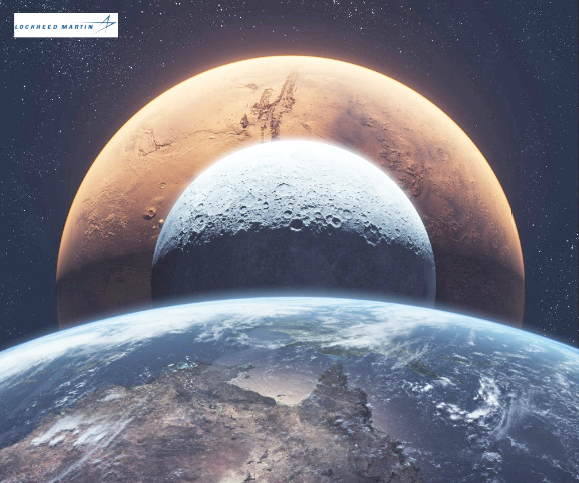 Lockheed Martin (NYSE:LMT) has been awarded a $5.8 million contract by the Defense Advanced Research Projects Agency (DARPA) to define and manage the interfaces of satellite integration with the agency’s Blackjack program.

Blackjack intends to develop a high-speed global network comprised of 20 satellites that will operate in LEO to provide autonomous, highly connected, resilient and persistent coverage for payloads of all genres and missions for the Department of Defense (DoD). 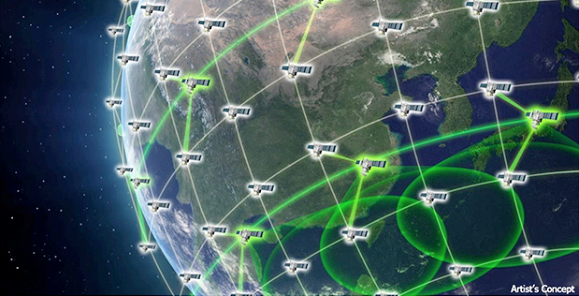 The expectations are that a demo constellation could be launched between 2021 and 2022, if the building of the project and subsequent testing go as planned.

This contract will entail Lockheed Martin getting involved with the definition of, and the interface for, DARPA’s Blackjack bus, the payload as well as the space-based command and data processor that is called Pit Boss.

An important aim of this project is reduce the cost of custom building spacecraft by developing satellites that can “plug-and-play” payloads without requiring bus redesign. 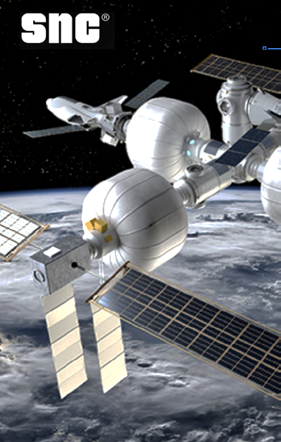 Sierra Nevada Corporation (SNC) has created Sierra Space, a new, commercial, space company. The new company’s “space-as-aservice” business model will leverage cuttingedge technologies, such as Dream Chaser® spaceplanes and expandable LIFE™ habitats, within the fast-growing new space economy, which is projected to grow to $1.4 trillion by 2030. With assets transitioned from the SNC’s Space Systems business area, Sierra Space will deliver the future of space transportation, destinations and infrastructure, including plans to offer the first free-flying commercial space station.

The new commercial space station integrates the large size and versatility of LIFE habitats with the high cargo capacity, and non-toxic runway returns to Earth, of the Dream Chaser spaceplane. Under NASA contract, Dream Chaser will perform the first of at least seven cargo missions to the International Space Station starting next year. Sierra Space will take advantage of synergies made possible by SNC’s broad customer base and industryleading space technology.

Sierra Space will have the independence to seek creative partnerships and market opportunities to scale its growth quickly and capitalize on a fast-growing and competitive marketplace. The company starts their journey with $3 billion+ in active contracts and anticipates revenues exceeding $4 billion within the decade.

Innoflight has been awarded two subcontracts from Lockheed Martin (NYSE: LMT) and Tyvak Nano-Satellite Systems (Tyvak) for the delivery of key avionics for 10 satellites produced by Lockheed Martin under the SDA Transport Layer Tranche 0, consisting of 20 space vehicles total.

This program will be the first generation of SDA’s Transport Layer, an important step toward the development of a National Defense Space Architecture including networked satellites with Optical InterSatellite Links (OISLs) capable of sending and receiving wideband data to and from other space vehicles and ground stations. 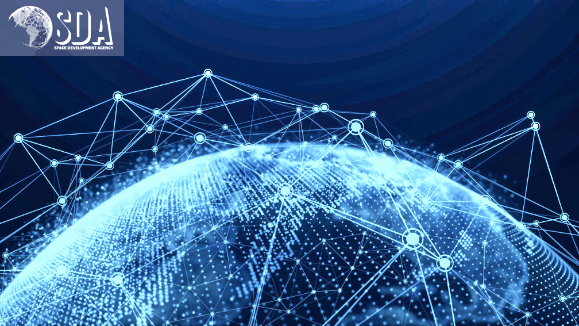 The capability demonstrated in the Tranche 0 will provide our warfighters with periodic regional access to lowlatency data connectivity via space-based extensions of existing tactical data links. Under its contracts with Lockheed Martin and Tyvak, Innoflight will be delivering communications, cybersecurity, and processing/networking avionics for all 10 satellites and three engineering development systems. More specifically, Innoflight will be delivering Ka-band Software-defined Compact Radios for Telemetry, Tracking, and Control (TT&C) data link. 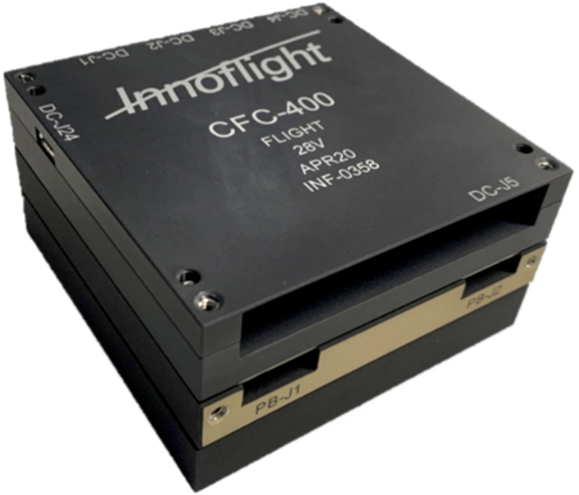 “Innoflight’s technology will help Lockheed Martin connect space to other domains and pioneer interoperability for our customers.” “Lockheed Martin has been a key and excellent customer contributing to Innoflight’s rapid growth,” said Jeff Janicik, Innoflight CEO and President. “Innoflight is proud to be part of Lockheed Martin’s team for such a high-profile and important program for U.S. National Security Space (NSS).”