You don’t have to be a space geek to know that these are exciting times in the space community. 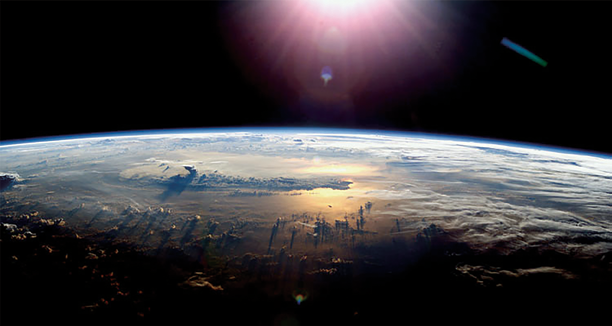 Hardly a day goes by without some cool story popping up in your online news feed, showing up in your email or being shared on social media. Even if you’re a digital troglodyte, sifting through the ink and paper of your favorite newspaper or magazine, you can’t avoid the daily stream of news and information about space.

The maturity and diversity of the industry, the degree to which commercial endeavors are driving new investments, the plethora of nations involved in space, and the infinite variety of business models, program designs and problem solving approaches, have come together to fuel a global space endeavor that continues to grow, enthuse and excite.

In its most gross measure—global space revenues—the industry has continued to grow as it has done every year since the Space Foundation began publishing The Space Report: The Authoritative Guide to Global Space Activity (TSR). Although some years were better than others, the industry, as a whole, demonstrated a compound annual growth rate (CAGR) of seven percent from 2005 to 2014, nearly doubling in size over the course of the decade.

Our 2015 report delves into the details of an industry that grew to $330 billion in 2014. (In this, our 10th year of publishing TSR as a book, we are migrating all of the data going back to 2005 into a searchable, online database that will be updated continually, instead of once a year. (Subscriptions to the database will prove one of the best investments the space-data-hungry public can make.)

But you don’t have to be a data hound to sense the changing landscape of space, particularly the megatrends of internationalization and commercialization, just in recent weeks. 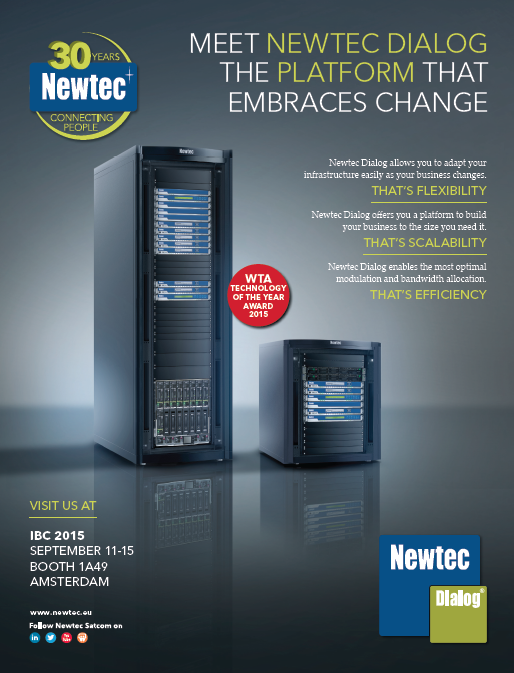 People @ The Top
Two of the most important space agencies in the world welcomed new leaders.

• Johann-Dietrich Wörner, former head of the Deutsches Zentrum für Luft-und Raumfahrt (DLR), took the helm of the European Space Agency (ESA) from long-time Director General Jean-Jacques Dordain.
• Germany, which is a leading contributor to ESA and boasts a large space industrial base, confirmed Pascale Ehrenfreund as the new head of DLR.
• In Washington, D.C., the U.S. Senate confirmed Dr. Dava Newman as Deputy Administrator of NASA.
• Significant changes in leadership and structure are also under way in China’s space enterprise, part of the larger, overall government reboot of President Xi Jinping.

• The New Horizons spacecraft is presently speeding toward its closest encounter with the dwarf planet Pluto and every day brings new images revealing previously unknown features of Pluto and its near neighbors. A project of the Southwest Research Institute and NASA, New Horizons carries instruments from a variety of U.S. and international partners.
• Meanwhile, the plucky little Philae lander has awakened on the surface of comet 67P/Churyumov-Gerasimenko. Part of ESA’s Rosetta comet exploration mission, Philae was built by DLR.
• NASA signed new agreements with international partners that will facilitate the development of the follow-on to the Mars rover, Curiosity.
• In Abu Dhabi, at the official launch of the UAE Space Agency, details on the new agency’s first mission, a spacecraft called Hope that will journey to Mars, were shared with the world.

Near Space
There’s almost too much to keep up with in near-Earth space.

•  SpaceX won U.S. Air Force certification for its Falcon 9 launcher.
• The one-year ISS mission of NASA’s Scott Kelly and cosmonaut Mikhail Kornienko passed the three-month milestone, and ISS crew members Anton Shkaplerov (Russia), Samantha Cristoforetti (Italy) and Terry Virts (USA) safely returned to Earth, even as Russian space agency Roscosmos investigates the loss of a Progress resupply module that was unsuccessfully launched on April 28.
• Another X-37B spacecraft was launched from Cape Canaveral, and India (ISRO) moved ahead with a reusable spacecraft of its own design.
• The launch of satellites small, medium and large for civil, commercial and national security operators continued at record pace. Despite the trumpeting of nanosats and cubesats as a panacea for virtually any application, smallsat pioneer Sir Martin Sweeting warned of a coming small sat “bubble” ala the housing and dot-com bubbles of the past.

• The U.S. Air Force made significant moves toward more sustainable and affordable procurement of commercial satcom capacity, first by establishing a pilot program to embed commercial satcom expertise within the Joint Space Operations Center (JSPOC), second by taking over commercial satcom procurement from DISA and placing it in the hands of space procurement professionals at the Space & Missiles Systems Center (SMC) at Los Angeles Air Force Base.
• XCOR Aerospace entered into new payload contracts with Nanoracks, while construction of the new XCOR headquarters and operating site at the Midland, Texas, Commercial Spaceport draws closer to completion.
• Orbital Outfitters’ new facility in Midland, which includes a spacesuit design and fabrication center, vacuum chambers for both payload sized and crew compartment sized testing and a fab center for mockups and other structures, also nears completion.
• A key component of NASA’s commercialization plan, Commercial Crew, passed easily through the House of Representatives, but, at this writing, remains under-funded in the Senate.

• Underscoring the different approaches being taken by different space agencies, the UK Space Agency is girding for its biannual conference, this time in Liverpool, and with a keen focus on the UK’s strategy of investing in space applications. I’m excited to be chairing a panel discussion on inland investments for export markets.
• Meanwhile the intersection of entrepreneurship and space technologies continues to grow by leaps and bounds—however, a big caution here: just as Sir Martin is cautioning about the Small Sat “bubble,” a number of well respected investment gurus are also now warning of a larger “IT and Tech Bubble,” including Mark Cuban, Bill Gurley of Benchmark Capital, and Marc Andreesen of Andreesen Horowitz. The Space Foundation will be bringing a sharp focus to these opportunities and challenges at our Space Technologies & Investment Forum, to be held in the San Francisco financial district September 30 and October 1. The event will bring together technologists and start-ups with angel investors, venture capitalists, and public and private institutional investors. See www.spacetechforum.com for details, or to request an invitation—this is a “by-invitation-only” event).

• Airbus Space took the wraps off its concepts for an Ariane 6 follow-on that will feature a recoverable propulsion and
avionics module.
• The Airbus announcement follows in the wake of SpaceX testing its recoverable Falcon 9 core stage.
• United Launch Alliance (ULA) at the 31st Space Symposium announced that its new launcher will be called Vulcan and will rely upon a new engine being developed by Blue Origin, which will lead to a Vulcan model with recoverable propulsion and avionics.
• The Pentagon is pressing Congress to allow it to complete the purchase of Russian RD-180 rocket engines that are already contracted for, in the U.S., and partially paid for, to assure near team national security access to space.
• In the very heavy lift world, fabrication of Space Launch System (SLS) core stage components is under way at the Michoud Assembly Facility, booster stage components in Utah, and testing of the R-25 engine at the NASA Stennis Space Center.
• The challenges of assured access to space came sharply into sober focus on June 28, when a SpaceX Falcon 9 launcher, lifting a Dragon resupply capsule to the International Space Station, became the third different ISS supply vehicle in the past year to fail.

• The Air Force and Lockheed Martin announced a satellite procurement, basing the service’s newest infrared surveillance and missile warning satellites on the company’s modernized A2100 spacecraft, an update that improves system affordability and resiliency and adds the flexibility to use future payloads -- all at no additional cost to the existing fixed-price contract.
• NASA and the U.S. Department of Energy signed a protocol that will speed their collaboration on potential planetary defense systems.
• The Planetary Society deployed its pathfinder solar sail satellite LightSail; the two-cube small sat successfully deployed its mylar solar sail.
• At the Paris Air Show, the Ukraine Space Agency announced a profound turn to the west, seeking to reduce its involvement with Russian space programs and develop new programs and partnerships with Europe and the U.S.
• In Washington, D.C., the U.S. and China announced bilateral agreements including initiatives to collaborate in civil space, and in reducing debris and other threats to the space domain.

Not bad for the first month of summer, not bad at all. Of course, this is just a stream of consciousness, off-the-top-of-my-head, tip-of-the-iceberg kind of inventory. I haven’t even attempted to cover the annual meeting of the United Nations Committee on the Peaceful Uses of Outer Space, which has just wrapped up in Vienna, or the GLIC event in Munich. If I’ve neglected to mention your favorite space development, program or milestone of June 2015, just let me know, and we’ll include it in the next edition of

Until then, the View from Here is that the global space endeavor continues to grow, enthuse and excite. At the Space Foundation, we are excited about the future, and invite you to join us in our mission To Advance Space Endeavors to Inspire, Enable and Propel Humanity.

He is a recipient of the coveted Silver Anvil Award from the Public Relations Society of America—the profession’s highest honor. In 2003, the Rotary National Awards for Space Achievement Foundation presented him with the coveted Space Communicator Award, an honor he shares with the late legendary CBS News Anchor Walter Cronkite and former CNN News Anchor Miles O’Brien. Pulham is a former Air Force Civic Leader and advisor to the Chief of Staff and Secretary of the Air Force and a recipient of the U.S. Air Force Distinguished Public Service Medal. He serves on the editorial board of New Space Journal.

Editor’s note: Thanks to Space Foundation for allowing us to republish Elliot’s column from their Space Watch infosite.