Working with the NATO Consultation, Command and Control Agency, Globecomm equipped the troops of the International Security Assistance Force in Afghanistan with rugged, suitcase-size units providing Blue Force tracking and texting service that saved lives and helped pierce the fog of war.

The North Atlantic Treaty Organization (NATO) was created in 1949 to safeguard the freedom and security of its member countries by political and military means. Nearly 60 years later, NATO found itself with a new mission: Helping to establish the conditions in which Afghanistan might enjoy—after decades of conflict, destruction and poverty a representative government as well as self-sustaining peace and security.

The International Security Assistance Force (ISAF) mission in Afghanistan would be challenging for any military organization. It is doubly so for a force composed of units speaking different languages and using different equipment. Simply achieving what the military calls situational awareness —knowledge shared by commanders and troops about the battle space—presents an enormous challenge.

To support the ISAF, ACT began working with contractors to specify and design a Force Tracking System (FTS) that could be used by all NATO units in Afghanistan to share information and prevent friendly-fire casualties. The result was a first for NATO: A standard called the NATO Friendly Force Identifier (NFFI), which defined how existing FTS used by some nations would interoperate with one another and with new systems to be developed by NATO.

Development of the standard was no laboratory exercise. There was enormous pressure to develop a unified system that would protect soldiers and make operations more effective. The requirement went out to contractors in 2005, and after a competitive bidding process and contract award by the NATO Consultation, Command and Control Agency (NC3A), the standard was ready in December 2006. In between were countless technical meetings with contractors as well as ongoing design and testing. 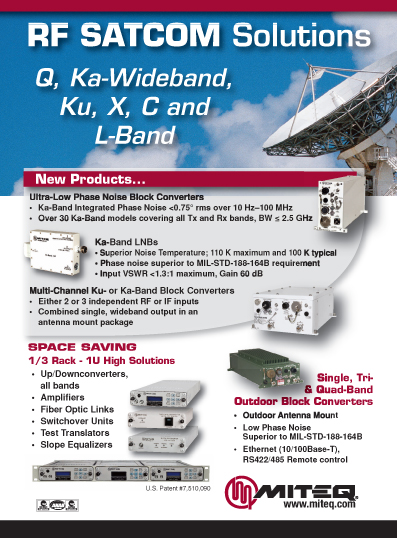 The original bidding was won by Insight (now Comtech Mobile Data Corp.) and EMS Technologies of Canada. The requirement called for vehicle mounted systems with visual displays using GPS to track their own locations. The systems would also share this information with field commanders and other units.

Based on the NFFI standard, the system would fully interoperate with the FTS units brought into Afghanistan by troops from the mission’s Participating Nations. Visual displays in each vehicle, and in command centers, used a common database to represent friendly forces on dynamic maps. The plan also called for equipping the vehicles and command centers with keyboards for the exchange of text messages.

The technology appeared promising. The problem was to deploy the system in Afghanistan and integrate it into vehicles, all the while maintaining operations in one of the world’s toughest environments. The terrain of Afghanistan is incredibly mountainous, making line-of-sight communications almost useless. The region is dry and dusty—as soon as the dust is disturbed, it rises into the air and seeps into every piece of equipment. Add in the fact that the units of the Participating Nations also rotate out on a regular basis, this means a continuous need to retrain the new forces and reinstall and re-commission systems.

At that time, a team of Globecomm engineers and Afghani technicians was already in-country building and maintaining a national mobile phone network and private networks for the Afghan government. In June 2006, Globecomm won a new competition organized by the NC3A to manufacture the FTS vehicle systems, integrate ground systems and a control suite, and provide installation, training and maintenance for NATO forces. The company shipped the first suitcase-size units to Afghanistan by October. After systems integration, antenna commissioning and terminal testing, Globecomm had the first units in vehicles by the end of November, even before the final NFFI standard was approved.

“That’s when things began to get interesting,” said Globecomm vice president Paul Knudsen. “There were lots of technology challenges. The complexity of the satellite and terrestrial link was unique. Signals from the FTS units were relayed via satellite to Europe and were then backhauled terrestrially to North America and transmitted to the ISAF HQ in Afghanistan. That’s where the control suite compiled and processed the data, which was transmitted back through the same chain to the individual terminals in the vehicles.

Mounting the terminals in the vehicles had its own challenges. “We couldn’t drill holes or modify the vehicles in any way,” said Knudsen. “Some vehicles were hardened against explosives. Drilling through the exterior or removing protective plates to run cables would put soldiers’ lives in danger. All the terminals were going to be removed at the end of their tour anyway, so we decided on a temporary magnetic mounting of the terminals. But a lot of the vehicles are Kevlar. Magnets won’t stick to them, and we had to come up with an adaptor plate to be glued on the vehicle. Then it became clear that the laptops we originally supplied were too large, so we switched to tablet systems. The tablets were smaller and easier to use and store.”

Some problems did not reveal themselves until the troops were in the field. “The enemy was using radio frequencies very close to the band our transceivers used,” Knudsen added. “The electronic countermeasures (ECM) meant to jam them were knocking our systems off the air as well. We solved that by shielding the terminals from the ECM.” 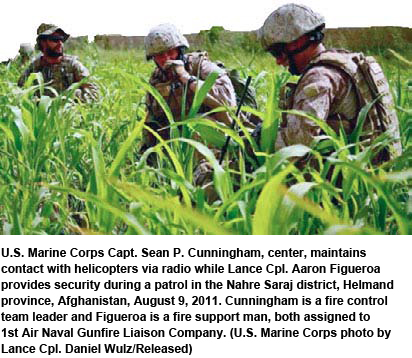 On any given day, there are hundreds of vehicles using the terminals.

“When a unit heads into the field, they set up a user group of all the terminals. On the display, all of those vehicles are marked with the same color. Since it’s a GPS system, they can plot their route on the display and use the navigation system to stay on course regardless of conditions. Depending on what they need, they can see the whole battlefield or set the display to ‘center on me.’ The command post has the same information in real time, and either the troops in the field or command can mark hazards like IEDs as they are discovered. “We were even able to supply dismountable handheld units. Soldiers can leave their vehicles and still have access to the system.”

The text messaging has also proven its value. “Young people are used to communicating that way, They really like it.”

But there is a far more serious benefit for soldiers on the ground. ISAF in Afghanistan operates in multiple languages, with English as the primary language and French as the backup. But many of the troops have minimal skill in either. Texting allows troops to communicate adequately even when they are not fluent enough to speak. With text, a soldier never has trouble understanding another’s accent.

NATO’s FTS was declared operational in early 2008 and will continue in use throughout the ISAF’s deployment in Afghanistan.

“We’re very proud to be contributing to NATO’s mission,” says Globecomm Chairman and CEO David Hershberg. “The FTS system is saving lives by letting NATO’s troops tell friend from foe and avoid friendly-fire casualties. It’s also creating better situational awareness for everyone in the battle space, which makes soldiers more efficient and effective. The fog of war is very real, but innovative communications technology can go a long way toward clearing the air.”