At the May 22nd Hosted Payload Alliance baoard meeting, which was held in conjunction with the Space Symposium in Colorado Springs, Colorado, Mr. Doug Loverro, Deputy Assistant Secretary of Defense for Space Policy, discussed the next-generation architecture for the Department of Defense. He told the group that over the next few months, government agencies are developing the strategy for this new architecture, which must integrate Air, Land, Sea and Cyber resources in a way that cannot be contested.

He explained that in the past, when American technology dominated the world, and budgets were unlimited, we were able to take an approach to our space environment which did not have to consider other conventional threats. In today’s world, where the threats from adversaries are increasing and space is more highly contested than ever, Mr. Loverro suggested that a more defense-minded approach was logically needed. He referred to this as an historical moment when we need to move from an offense-dominated regime to a defense-dominant regime.

In an offense-dominant regime, where large, highly sophisticated assets that might take billions of dollars and a decade to develop and build dominate the architecture, an adversary on the offensive has an advantage—he can cripple such an architecture with far less effort than it took to build it. A defense-dominant regime flips that on its head. It is designed so that no single target would have the potential to cripple national security, and that the actions an adversary would need to take become far more taxing than the capability he seeks to deny.

While hosted payloads are not the complete solution for a defense-dominated architecture, it is clear that they could play an important role.

This month’s question for HPA members:

From your perspective, as members of the Hosted Payload Alliance, how can hosted payloads on commercial satellites be woven into the fabric of a new architecture? Mr. Loverro encouraged industry to contribute to the dialog to help determine “what is the right architecture.” What ideas would you throw into the ring?

“Hosted payloads can be an integral part of the new architecture, complementing missions that support communications, situational awareness, air traffic control, and Earth sensing.   Inmarsat and Intelsat have demonstrated that existing payloads are transparent to the ground systems of WGS, UHF, and others.  Commercial satellites in geosynchronous orbit can be used for neighborhood watch, as well as missile warning as part of CHIRPs.

“Protected waveform technology is being demonstrated today that will enable tactical protected communications at a fraction of the cost of EHF tactical capabilities. Hosted payloads can be quickly reconstituted, and they are disaggregated, other key enablers to compatibility with the new architecture.   Hosted payloads can also be managed independently from the satellite operator and can provide the appropriate security.  Finally, from and economics perspective, shared launches and shared satellites enable substantially lower prices, and can also be sold as a service to maintain steady consistent budgets during acquisition spikes.”—Jim Simpson, President, Boeing Satellite Systems International, Inc.

“As is often said, space is a congested, competitive, and contested operating environment. A resilient mission architecture requires diversification of capabilities among multiple platforms to help mitigate risks presented by natural hazardous conditions, the growing number of satellites, orbital debris, unintentional and intentional interference, and the continuing development of counter-space weapon systems.

“Hosted payloads on commercial satellites can, and should be, a crucial element of each architecture because they offer proven economics based on shared spacecraft and launch costs, shorter cycle times with low schedule risks, and allow for regular and timely insertion of technology.  A resilient architecture based on dispersed capabilities can be used to distribute vital resources and help preserve critical capabilities in the face of adversity.”—Rich Pang, Senior Director, Hosted Payloads, SES Government Solutions

“The ‘correct architecture’ for hosted payloads is one that enables the convergence of commercial and military communication channels.   The DoD should incorporate comsatcom as a foundational element of the military’s communication system, rather than treating commercial bandwidth as a temporary urgent purchase. Instead, make comsatcom a program acquisition and treat it as an avenue for enhancing the long term resilience and sustainability of U.S. military advantage.

“The DoD should also purchase comsatcom on a multi-year basis to achieve cost effective prices and motivate innovation on the part of commercial suppliers who can then rely upon long term business relationships with
the U.S. Government.

“Hosted payloads could be part of an evolved architecture that is highly robust, more resilient and flexible enough to eliminate vulnerabilities to low-cost or easy-to-develop threats.

“This particular architecture would result in an overall less expensive capability as fewer systems (space, ground and terminals) will need to be deployed and maintained over their life cycle.”—Tim Frei, Vice President, Communication Systems, Northrop Grumman Aerospace Systems

“The HoPS ID/IQ will be an excellent mechanism to query industry on the “art of the possible” when it comes to commercial hosting opportunities.

The contract will facilitate government visibility into firm commercial launch plans as well as those ‘on the
drawing board.’

“Mission architects can then expand AOA’s (Analysis of Alternatives) to evaluate options for each individual sensor, potentially resulting in more timely, cost effective access to space. Taking the opposite angle, government communication of missions deemed appropriate for commercial hosting will undoubtedly result in a plethora of ideas from the commercial space community.”—Janet Nickloy, Chair of the Hosted Payload Alliance

“The new architecture demands resiliency, dis-aggregation, reliability, and robustness and the use of commercially hosted government payloads must be included into the architectural framework. In doing so, not only will the above demands be met, but the fiscal challenges of protecting the nation can continue  to be achieved.

“Hosted payloads are not a new construct for the U.S. Government and its allies. There have been numerous hosted payloads on government systems, civil missions and commercial platform over the years. Leveraging the commercial marketplace as a means to achieve assured access to space in a rapid cadence will create the network that the architecture demands.”—Gerry Jansson, Business Development Director, Intelsat General

About the Hosted Payload Alliance (HPA)
Established in 2011, The Hosted Payload Alliance (HPA) is a satellite industry alliance whose purpose is to increase awareness of the benefits of hosted government payloads on commercial satellites. The HPA seeks to bring together government and industry in an open dialogue to identify and promote the benefits of hosted payloads. The HPA: 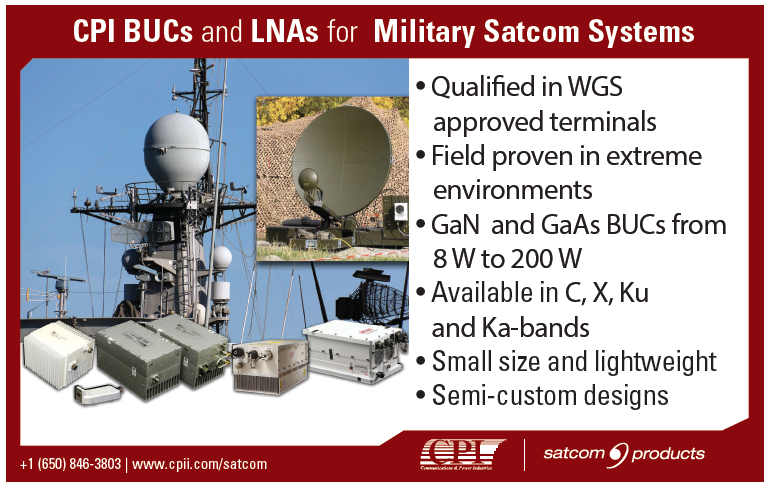