Given the preponderant use of non-U.S.-manufactured launch vehicles by the commercial satellite industry, the Hosted Payload Alliance (HPA) recommends adjusting the foreign launch exemption process to facilitate routine and early consideration of solutions featuring U.S. Government payloads hosted on commercial satellites likely to be launched overseas. 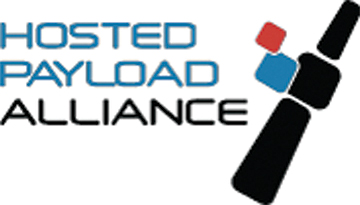 The HPA is a trade association composed of 14 member companies who are leaders in the space industry.1 Members include owner operators of satellite telecommunication companies, launch service providers, and manufacturers of spacecraft, rockets, payloads, and ground processing, command and control systems.

Background: Access to Space by the Commercial Satellite Industry
Over the past decade, commercial companies have primarily relied on affordable and reliable access to space from non-U.S. launch providers. For the dozen years from 2000 through 2011, more than 80 percent of all commercial LEO satellites have been launched overseas.3 Over the same period, more than 90 percent of all commercial GEO satellites were launched by foreign rockets, notwithstanding that U.S. spacecraft manufacturers built two-thirds of these GEO satellites.4

Issue: Exemptions for U.S. Government Hosted Payloads
As the commercial space industry relies more on non-U.S.-manufactured launch vehicles, it is highly likely during the next few years that commercially hosted U.S. Government payloads will be launched overseas, thereby generating a number of exemption requests for foreign launches.

There are other considerations unique to the commercial satellite industry. After a commercial spacecraft bus has been identified as an attractive host for a U.S. Government payload, the final determination of the launch service provider may not be known when the commercial contract to build that spacecraft is signed. Furthermore, if a delay develops in spacecraft manufacturing, or there is a lengthy booster anomaly investigation, then change to the launch service provider could occur late in the spacecraft manufacturing flow, perhaps after the government payload has been integrated to its host spacecraft.

The 2004 U.S. Space Transportation Policy states:
United States Government payloads shall be launched on space launch vehicles manufactured in the United States, unless exempted by the Director of the Office of Science and Technology Policy, in consultation with the Assistant to the President for National Security Affairs... The proposed use of a non-U.S.-manufactured launch vehicle will be subject to interagency coordination as early in the program as possible, and prior to the sponsoring department’s or agency’s request for authority to negotiate and conclude an agreement.5

Under routine circumstances, the U.S. Government would seek commercially hosted solutions through a competitive procurement process preceded by deliberately defined requirements, concept studies, and analyses of alternatives. For hosted payloads to be considered during these early phases of program initiation, the process associated with requesting and receiving an exemption for foreign launch should be clarified and routinized. This process is to permit approval of hosting U.S. Government payloads on foreign launch vehicles during early program formulation. If this is done, the U.S. Government may expect to attract commercial investment and enhanced interest for hosting U.S. Government payloads on commercial spacecraft.

Recommendations
As the U.S. Government undertakes a revision to the 2004 U.S. Space Transportation Policy, the HPA recommends three changes:

1. Develop a Transparent and Time Limited Exemption Process. The policy should call for the development of a known process for departments, agencies, and industry to seek an exemption to the existing foreign launch restrictions. This process should state the participants, responsibilities of the companies participants, and categories of information requested for interagency review when seeking an exemption. The process should also provide a deadline for the U.S. Government to grant or deny exemptions. Furthermore, the fact of such a process, its functions, and timelines should be made available to the public.

2. Allow for Exemptions with Conditions. OSTP and NSC should have the authority to grant exemptions for possible foreign launch vehicles with conditions as early in the acquisition planning process as possible, even before the ultimate launch service provider is known.

3. Seek Earliest Possible Exemption. U.S. departments and agencies should have the option of seeking an exemption for a foreign launch as early in the acquisition planning as possible, ideally during the Material Solution Analysis (MSA) Phase prior to Milestone A.6 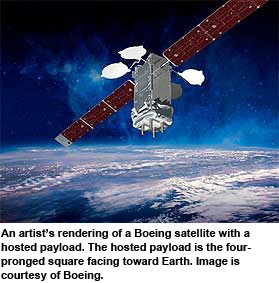 – Even an early, conditional exemption will allow planners, architects, and acquisition officials to consider commercially hosted payload solutions as a viable alternative during analyses of alternatives.

– U.S. Government departments and agencies will be free to routinely consider commercial hosting options for a wider range of government capabilities. They will do so without the perceived risk that these “inventive, nontraditional arrangements for acquiring commercial space goods and services,” specifically encouraged by the 2010 National Space Policy, could later be ruled as inconsistent with the U.S. Space Transportation Policy.

2 The term “commercial” is defined on page 10 of the National Space Policy of the United States of America, published on 28 June 2010: “The term “commercial,” for the purposes of this policy, refers to space goods, services, or activities provided by private sector enterprises that bear a reasonable portion of the investment risk and responsibility for the activity, operate in accordance with typical market-based incentives for controlling cost and optimizing return on investment, and have the legal capacity to offer these goods or services to existing or potential nongovernmental customers.”

4 Including the years 2000 through 2011, a total of 211 commercial GEO satellites were launched by foreign and domestic rockets. One hundred ninety-one were launched overseas, largely on the Proton, Ariane, and Sea Launch rockets. Twenty were launched in the U.S. including one on the Delta 4 and the rest on the Atlas 2, 3, and 5. The last use of the Delta 2 for commercial GEO transportation occurred in 1998 with the launch of the Boeing-built Bonum 1 spacecraft. U.S. spacecraft manufacturing.