Automobile and technology companies are competing fiercely to be the first to launch fully autonomous vehicles (AVs). These vehicles will have sophisticated, high-speed systems and computers that generate, process, and transfer vast amounts of data. 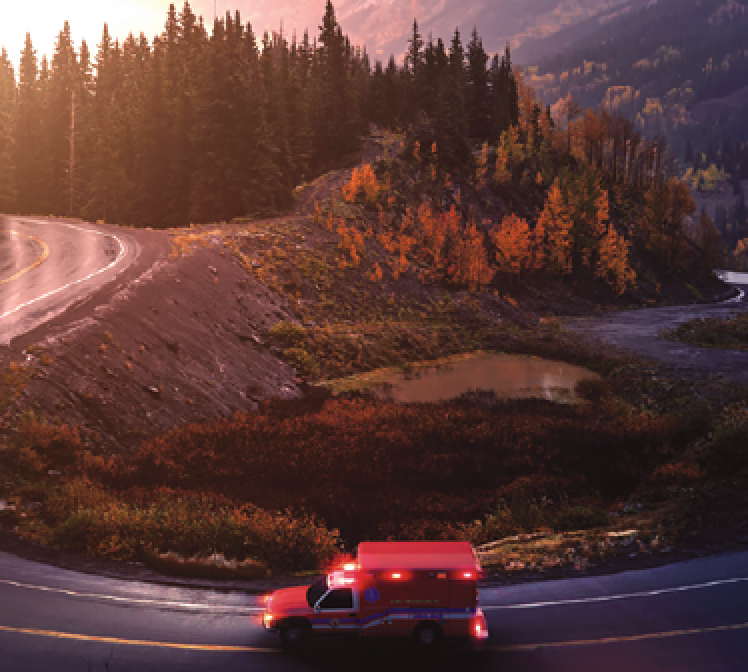 In addition to internally generated data from vehicle cameras, radar, LIDAR, and sensors, there will be huge amounts of external data from cloud services, such as realtime high-resolution maps that integrate static and dynamic conditions, driving assistance, and systems updates.

The Automotive Edge Computing Consortium (AECC) estimates that the data volume per vehicle by 2025 will approach 10 exabytes per month, up to 10,000 times more than the present volume [1].

The transfer of enormous amounts of data to and from the vehicle will require it to be connected via reliable distributed networks to the cloud (V2C), other vehicles (V2V), and the surrounding infrastructure (V2I). Also, safety requires that network connections be constant, since even brief interruptions could be catastrophic.

The challenging requirements of high data volume and constant connection will have to be met for the success of tomorrow’s autonomous cars, but these problems are already being faced and solved by the designers of bespoke first responder (FR) vehicles.

Their solutions can serve as a model for the data and communications architectures of AVs.

The FR vehicle is an IoT hub.

The Advanced First Responder Vehicle
First responders are relied upon 24 hours a day to provide assistance, security, and medical aid at the scenes of accidents, disasters, and other emergencies.

The ability to communicate instantly and reliably with personnel at the scene, with headquarters, and with the cloud is essential.

Their vehicle is the local hub for incident data collection and analysis as well as voice and video communications.

• Act as IoT (Internet of Things) hubs by collecting and analyzing data from cameras and sensors (Figure 1)
• Process and store edge data (including maps, building diagrams, and incident information) with an on-board cloud instance (Figure 2)
• Serve as local communication hubs via radio and mesh networks (Figure 3)
• Provide always-on connectivity to the cloud by seamlessly integrating cellular and satellite links (Figure 4)

Figure 3. The FR vehicle is a local comms hub.

Comparison of First Responder and Autonomous Vehicles
If we compare the data collection, processing, and communications functions of today’s custom FR vehicles with the expected requirements for fully autonomous (SAE level 5 automation [2]) vehicles, the parallels are evident (please see Table 1 on the following article page).

Although the data volumes are not of the same order, both types of vehicles rely on edge and cloud processing, and on a reliable flow of information with field personnel and between local and remote locations. For both, a constant wireless backhaul connection is essential.

Ensuring Always-On Connectivity
The problem of maintaining constant connectivity is a significant one for first responders. The capacity of current terrestrial networks is often overloaded during disasters or crowded events such as concerts and games, causing interruptions in service. Despite the investments by mobile service operators to increase the capacity of their networks, the rapid increase in mobile data traffic means that overload situations will continue to occur. Furthermore, natural disasters such as hurricanes and earthquakes can damage cellular infrastructure, causing service to be down for days at a time.

Even when terrestrial networks are functioning normally, coverage can be spotty in hilly or heavily forested terrain, between tall buildings in a city, or during heavy rainfall. In rural regions outside of cellular coverage areas, there is no service. This situation will not improve significantly in the near future. Projections indicate that by 2020 only 63 percent of the world’s population and 37 percent of the landmass will be covered by LTE [3].

Because of these issues with cellular services, first responders must sometimes deploy emergency satellite communications vehicles or trailers to the scene of the incident to ensure reliable broadband data connections (Figure 5). These vehicles typically have parabolic dish antennas, so they must be parked before the dish can be pointed at a GEO (geosynchronous) satellite to establish a link.

Until recently, satellite connectivity with moving vehicles has been impractical because of the gimbal mount (often motorized) needed to keep a traditional dish antenna pointed at a satellite. This limitation means that typically the vehicle must be stationary before satellite acquisition can be performed and the link maintained. The size and weight of the dish and gimbal mount also make dish antennas impractical for use on smaller vehicles. In addition, mechanically steered antennas are ill-suited for mobile or even fixed use with the upcoming LEO and MEO satellite constellations, as these new satellites will be in constant motion, requiring the beam to continuously track moving satellites and switch from one satellite to the next.

The introduction by Kymeta of the first commercial flat panel, electronically scanned (or steered) antenna (ESA) in 2017 made high-throughput mobile satellite communications from moving platforms a practical reality.

The low-profile Kymeta u7 antenna uses metamaterials surface antenna technology (MSAT) to form and steer the microwave beam electronically, allowing fast acquisition and tracking of GEO, LEO, and MEO satellites even from fast-moving vehicles. It is light and compact enough to be mounted simply in a horizontal orientation on the roof of a vehicle. The small size, low weight, and agile electronic scanning ability of this terminal makes it possible for a single vehicle to have terrestrial or satellite connectivity while moving
or stationary.

The system on the ATVs provided continuous connectivity from cellular networks when available and satellite networks when the cell networks were congested or unavailable because of infrastructure damage.

The Kymeta u7 terminal, consisting of a roof-mounted antenna plus an interior satellite modem and I/O box, has also been installed in a police SUV, which is equipped with Microsoft Azure Edge servers (a cloud instance in the vehicle) for collecting and processing camera and sensor data. There is also a cellular modem and a software-defined router that automatically switches between cellular and satellite networks to ensure connectivity when terrestrial networks are overloaded or unavailable [4].

A hybrid network system that uses a small ESA for satellite communications is also ideally suited for future autonomous vehicles, to ensure that connectivity is maintained in all driving situations.

Conclusion
The autonomous vehicles now in development will collect, process, and transfer massive amounts of data to ensure safe and efficient operation and to provide infotainment and office services to the occupants. Most of this data will be transferred between the vehicle and the cloud by wireless networks, which will have to be fast and reliable in all driving conditions. Although terrestrial networks will be essential for this data exchange, they are subject to service interruptions from the terrain, man-made structures, weather, and data traffic congestion. Also, their coverage in rural regions is limited, and they are not expected to provide global coverage in the foreseeable future.

Because of the limitations of terrestrial networks, AVs will need to rely on satellite networks for an alternative backhaul path to the cloud. The optimal solution is probably a hybrid cellular-satellite network that uses software-defined routing to seamlessly switch between cellular and satellite networks according to optimization parameters and real-time conditions. The advent of lightweight, low-profile, electronically scanned antennas now makes this practical.

First responder vehicles also require constant connectivity, and several bespoke vehicles are using a hybrid network to achieve this by integrating the Kymeta u7 terminal with an LTE system. These advanced FR vehicles also have data collection from local cameras and sensors and on-board processing by a cloud instance.

The implementation of these communications and computing capabilities in FR vehicles provides a model for the designers of tomorrow’s autonomous vehicles.
www.kymeta.com

Author Ben Posthuma is an accomplished strategist, architect, and thought leader in next-generation communications systems intended to connect the disconnected across the world. For nearly the last two decades, Ben has been building, imagining, integrating, deploying, and leading the establishment of complex communications networks in any environment imaginable across the world so those who rely on communications can stay connected. Ben began his career as a Communications Electronics Engineer in the United States Marine Corps. There, he gained an appreciation for the demand that communications systems, particularly those relied upon in critical situations, must be robust, dependable, and leverage the best that industry can offer.

Ben then joined a major defense contractor and worked as the flight test director and chief engineer of a research and development group which specialized in rapidly deployable airborne-based networks; networks that were intended to provide mission critical communications in denied or austere environments. Notably, Ben was the flight test director and overall integration director for an award winning urgent operational need program which connected disparate networks across the battlefield from high altitude, long endurance aircraft.

Traveling to active military theaters, Ben also led the initial deployment of this technology which had an immediate life-saving impact. Additionally, Ben was the chief engineer of a program which brought a persistent and robust communications gateway into the stratosphere

Ben joined the National Institute of Standards and Technology to continue researching methods of bringing critical communications to first responders. Working to support the Department of Homeland Security’s Science and Technology Directorate, Ben led efforts to research the optimal way of rapidly delivering LTE-based public safety networks in any environment. This research leveraged forward looking concepts within industry to include edge-based computing, software defined networking, deep learning, and self-optimizing networks and is designed to keep first responders connected regardless of location or condition. 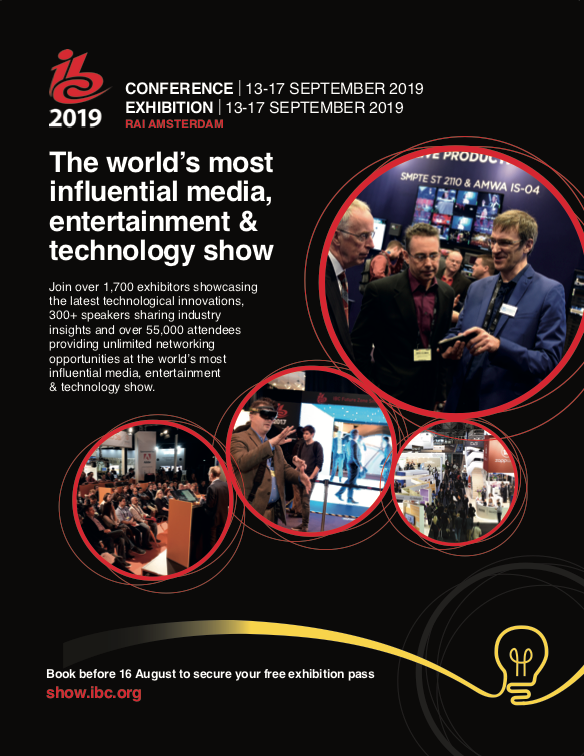