The relationship between communities of military engineers and operators have traditionally been tense even though they heavily impact on one another, and communications between the two groups are more important than ever before as the nature of operations evolves. The influx of new technology and changing battlefield requirements have presented new challenges for operators and engineers and it has never been more important for both parties to work together to achieve the desired capability. Both groups must keep the higher-level concept of operations planning at the forefront of their minds in order to successfully collaborate. 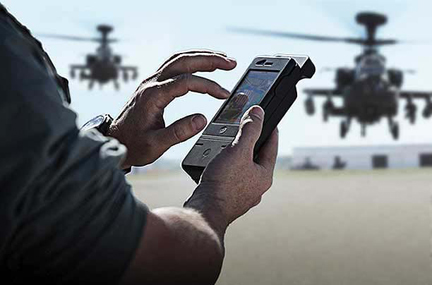 Community Cohesion
Operators and engineers often have competing mindsets compounded by different deliverables. The engineer’s role is to meet the needs of the operator by delivering the services and capability they require. The operator in the field, with an end goal, objectives and requirements, has the responsibility of defining these needs by stating to the engineers what, where and how quickly they need to achieve their capability objective.

A well-articulated operator information exchange requirement lets engineers understand the desired effect, or end result, and provide a solution accordingly. The breakdown often occurs between the two groups when they deviate from satisfactory communication: Engineers shouldn’t push technology onto operators, and, conversely, operators shouldn’t ask for products and devices. Instead, the operator community should define their needs, such as stating a requirement for smartphone capability rather than requesting an iPhone.

This disparity is highlighted by experiences in Afghanistan, where personnel were limited by line-of-sight radio communications technology that was inadequate for the vast and rugged terrain. Until that point, vehicle-mounted communication systems were enough to maintain situational command-and-control, but in the last decade the operation requirement has changed. 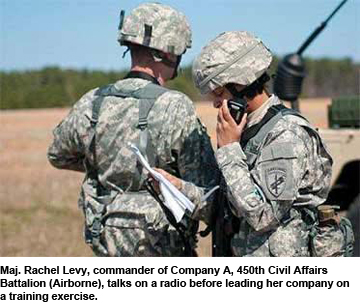 Now it’s mission-critical to fulfil the requirement for beyond line-of-sight (BLOS) situational awareness capability that is robust, secure and highly portable, such as the blue force tracking systems used by NATO. These systems are becoming mandatory for most militaries—but it has only been recently acknowledged that satellite communication is the only technology appropriate to deliver this service; it has taken far too long to recognize this fact.

The communications breakdown is combated by joint organizations, such as the U.K. Permanent Joint Headquarters (PJHQ), which provides interoperable strategies and tactics for the combined armed forces and is responsible for providing operational effect. But even with dedicated bodies providing vital leadership, military organisations still struggle to match operational capability with appropriate technology.

The Changing Nature Of War
Warfare has radically changed from what it was 20 years ago; the strategy and provisions, designed for future conflicts up to the end of this decade, are not easily adapted to the changing nature of warfare—the mass interoperability required for allied military action was seriously underestimated. 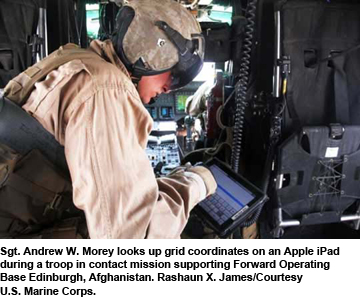 Intra-community, as opposed to industrial warfare, has impacted heavily on both operator and engineer communities, who have had to quickly adapt as military forces engaged in new and unfamiliar environments. The speed of change has meant urgent operational requirements for mission-critical provisions that can make the difference between life and death, have been implemented without correct process. Now that war among the people is central to Western military strategy, both communities need to learn to effectively feed information to one another in order for engineers to procure new technology that equips operators for modern day conflicts.

Let’s take a look at a classic example —the initial deployment of soft-skinned vehicles in Afghanistan that had to be haphazardly covered in metal sheeting by men on the ground when faced with the threat of IEDs. Acquired for battles with defined front and back lines, the vehicles were quickly rendered redundant in an environment in which guerrilla tactics favor IEDs and insurgents are indistinguishable from the civilian population. 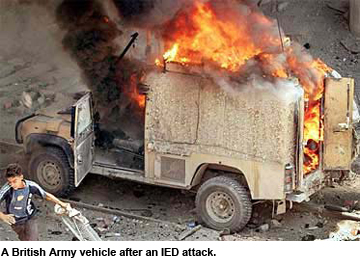 It’s clear that the user cases have changed, and so the operator community must be flexible in its concept of operations in order to give engineers the best chance of designing an appropriate solution using available technology.

Solutions In A Suitcase
Engineers are starting to react to these challenges with commercial off-the-shelf (COTS) solutions. COTS technology can form part of the engineer’s design that directly meets needs defined in user cases. It’s cost effective and can be easily adapted if requirements were to quickly change. It’s also important to point out that COTS does not equal consumer.

Commercial technology can be adapted SATCOM with encryption upgraded to AES256, which is a recognized military level security measure, for example. You wouldn’t send soldiers into Afghanistan using an iPhone without evaluating the security risk and making process and or technology upgrades. The benefit from a COTS perspective is that the core device/solution already exists; modifications are easy to implement and can be introduced quickly in order to make the item fit for military purpose.

Satellite communications is an excellent example of the COTS concept in action and the U.S. military is already realizing the benefit. They use commercial satellite carriers for up to 80 percent of their BLOS communications capability in active operations, in the knowledge that it is low cost, robust, secure, and flexible to the evolving needs of modern day warfare. 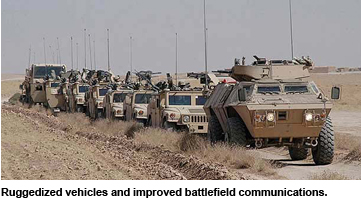 Therefore, defining the need is critical and can mean the difference between using COTS technology as an intuitive, practical tool for operators, and as a quick-fix that places limitations on the available range of activity. The perceived risk of a COTS solution is that it isn’t fit for purpose, but this is a notion which only applies when it is procured as a band aid, where the requirement and the concept of operation have been poorly executed. The truth is that it’s reliable and readily available on a large scale that, when used intelligently as part of an engineered response to user cases, will give operators exactly what they need.

Let’s Just Get Going
The disparity between operator and engineer communities will always exist, but an educated vigilance of this communications problem will undoubtedly mitigate its effect. Operators need to articulate their user case and the challenges they face in conjunction with the concept of operation, rather than request specific technologies, whilst engineers need to make the most of the available COTS solutions in order to reactively meet the needs of the operators on the ground.
When both communities learn to work together, the resultant effect will be a reduction of avoidable casualties, higher levels of interoperability resulting in mission success and reductions in military spending and inefficiency.

About the author
Giles Peeters commenced his military communications career at RAF Digby in 1997 before moving on in 1998 to the Engineering Office at 751 Signals Unit on the Falkland Islands. In 1999 Peeters joined the Defence Communications Security Agency (DCSA) Corsham, as the Duty Operations Officer of the Global Operations Security Command Centre (GOSCC), before becoming the Military Liaison Officer for Signal Intelligence at GCHQ Cheltenham in 2001. Peeters then worked with the DCSA Corsham Satellite Integrated Project Team (SAT IPT) as their MOD Commercial Satellite Service Delivery Officer. From 2004 to 2007 Peeters’ significant expertise in commercial satellite communications proved invaluable in Iraq and Afghanistan as he provided front line tactical communication and deployment capability for the Joint Helicopter Command (JHC) J6 SO2 from HQ Land Command, Wilton. Peeters’ final rank was RAF Squadron Leader. In 2007 Peeters moved to the private sector to consult for organisations such as NATO, on blue force tracking requirements. Now Defence Sector Director at Track24 Defence, Peeters is the driving force behind the launch of the company’s new, commercial-off-the-shelf (COTS) blue force tracking solution, situational Command & Control (SCC). Giles is also a Senior Contributing Editor for MILSATCOM for MilsatMagazine.