Despite the events of September 11, 2001, the goals of the U.S. Air Force Long Range Plan 2020 still remain a high priority in defending the U.S.—perhaps even more so, as access to space has increased for our adversaries around the globe. 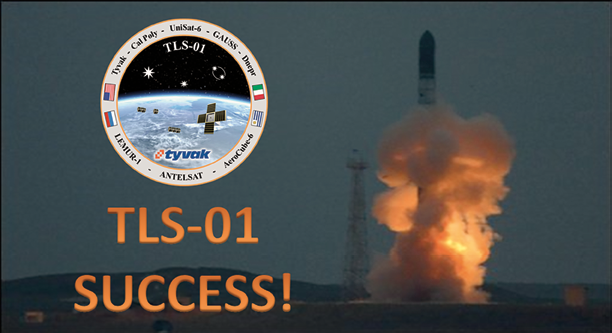 The Plan states, “the first priority is to protect our vital national space systems” so that they will be available to all warfighters when and where they are needed. Protection requires warning of possible threats (natural and man-made) to U.S. and ally space systems, receiving reports of possible attacks against satellites, cross-cueing other owners and operators, and directing forces to respond to a threat.

This need for protection also encompasses the ability to detect faults, assess, and repair space systems while on orbit due to a variety of anomalies. Force Enhancement, Space Control, and Space Support are key requirements for implementing this Vision and include the ability to effectively locate, identify and track space objects.

While technologically challenging at the time of publication, the concept was based on projected trending of picosatellite (pico) and nanosatellite (nano) capability advances. In particular, key technology enablers have advanced over the decade enabling precision pointing accuracy and control, high data-rate communications, substantial available power, and advanced on-board processing running lock step with Moore’s Law. 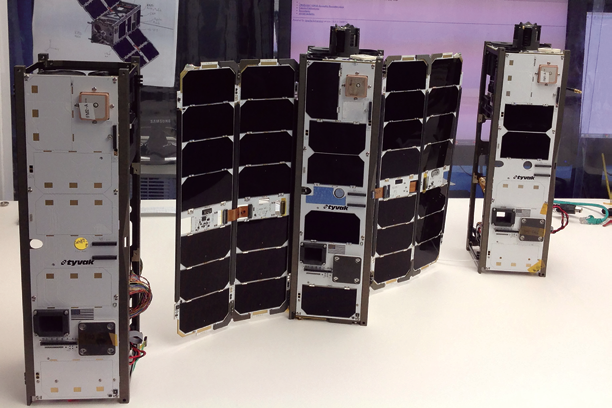 The culmination of these advancements, along with incremental on-orbit demonstrations (both successes and failures), led to capabilities hosted on a nano space vehicle previously held exclusively in the domain of larger spacecraft. One specific example is the CubeSat Proximity Operations Demonstration (CPOD) mission led by Tyvak Nano-Satellite Systems (a Terran Orbital Company) developed to demonstrate rendezvous, proximity operations, and docking of two 3U CubeSats on behalf of NASA Small Spacecraft Technology Program, and Space Technology Mission Directorate.

CubeSat Proximity Operations (CPOD) Demo
The CPOD mission uses a pair of identical 3U CubeSats as a proof of concept for maturing advanced rendezvous and proximity operations (RPO), docking, and propulsion technologies for nanosatellites. The mission is tailored to validate and characterize a suit of sensors for RPO that include visible imagers, infrared imagers, GPS, and radio ranging.

CPOD will demonstrate the ability of the two small spacecraft to remain at determined points relative to each other (called station-keeping) as well as precision circumnavigation and docking using imaging sensors and a multi-thruster cold gas propulsion system. Docking will employ a novel universal docking mechanism. 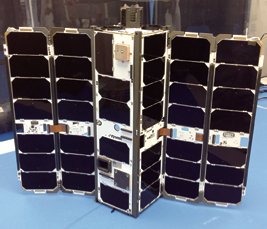 After a manifested 2016 launch, the two CPOD CubeSats will be released simultaneously into a common orbit and undergo checkout to ensure proper operation and maneuvering capability. Each satellite will use its space-to-ground data link to transmit visual images of the other satellite.

An inter-satellite link will share GPS and other data between the two spacecraft. Many of the proximity operations test scenarios will be performed autonomously using on-board processors and flight software for guidance, navigation and control. Using on-board navigation systems, one CubeSat will perform a series of circumnavigation maneuvers relative to the second CubeSat in order to validate and characterize the sensor systems.

After completing these maneuvers the two spacecraft will approach and dock using a unique mechanism to join the satellites together. Several docking maneuvers may be attempted during the mission including possible attachment to an uncooperative (i.e., tumbling) satellite. The CPOD mission is currently in the final integration and testing phase. 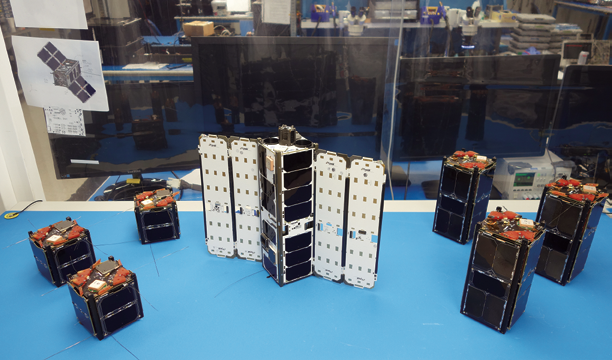 What’s Next?
The CPOD mission demonstrates the key technologies envisioned in the “On-Demand InfoBot” article, mentioned earlier. In this capacity, a CPOD enabled space vehicle can operate as an autonomous space drone, or controlled by a user (also, operation in a “hybrid mode” is supported). This space drone can support debris inspection/removal, resupply, and spacecraft inspection, along with formation flying activities as an extension of the host satellites sphere of awareness.

For example, they can work in conjunction with their host’s onboard autonomous threat warning and health assessment systems to provide on-demand (on the order of minutes to hours) servicing operations (e.g., satellite awareness, anomaly isolation and resolution, and launch acquisition and deployment), protection (e.g., natural and man-made threats), processing augmentation, and other space operations.

Moving away from the domain of space situational awareness and control, the system performance enabled by CPOD allows for enhancing military Intelligence, Surveillance and Reconnaissance (ISR) services by incorporating payloads supporting tactical communications, data exfiltration, and EO imaging among others.

The future of space utilization for military purposes is bright, but there are concerns as well. Sovereignty for one. The exploding number of satellites on orbit will bring competition for orbit parking locations, frequency allocation and “basing rights” to distribute uplinks and downlinks to/from ground stations.

We must develop appropriate responses if others interfere with U.S. satellites. Today, enemy nations that can track satellites and fire significant payloads into space can place important satellites at risk using inexpensive direct-ascent weapons.* Emerging technologies like Tyvak’s Nanosatellite systems used in NASA’s CPOD program will undoubtedly be a key to maintaining space-based superiority in high-risk scenarios for U.S. armed forces.

David Williamson is a leading subject matter expert in government system applications that leverage small satellites. He has more than 26 years of experience in supporting the Department of Defense, Intelligence Community and Civil sectors. He serves as the Director of Strategic Systems for Tyvak Nanosatellite Systems, a Terran Orbital Company. 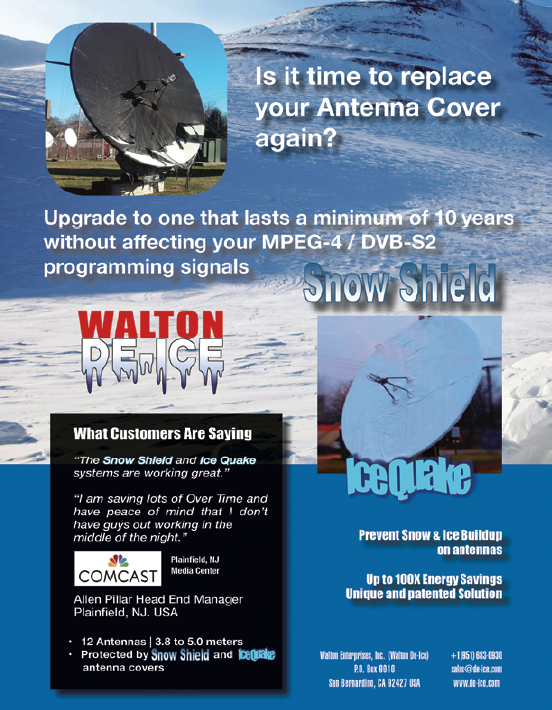