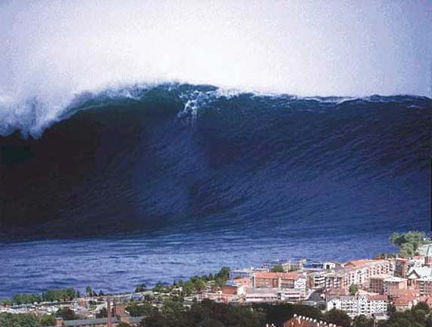 Whether you were there or not, the images of the devastation in South Asia created by the 2004 tsunami are unforgettable. Wreckage was everywhere. The large numbers of responders in Indonesia, where the tsunami wrought the worst damage, worked around the clock in their search, recovery and rescue efforts.

However, efforts were stymied by the unavailability of reliable communications and command centers that weren’t able to coordinate among personnel. Vehicle based mobile command found most of the terrain impassable, cell towers were down and access to satellite signals were degraded because of debris and mountainous terrain creating responder Beyond Line of Sight (BLOS) signal issues. The sense of desperation responders felt in the face of unreliable and even unavailable communications was unimaginable. Several man-portable TAC-PAK mobile command centers, manufactured by 308 SYSTEMS of Fort Collins, Colorado, were on the scene and the poor communications situation was instantly reversed. 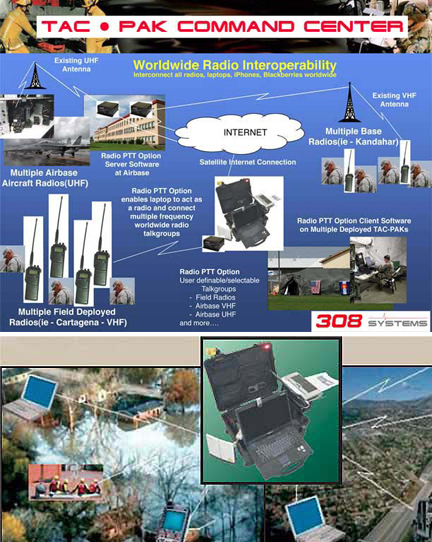 The TAC-PAK is an ultra-agile mobile command system housed in a briefcase that can be hand carried into any situation and deployed within minutes. In the case of the tsunami, the TAC-PAK restored communications connectivity for the responders as well as a true sense of hope. With the TAC-PAK in play, command posts created wireless data networks and team leaders were able to coordinate essential tasks. All command staff were able to access satellite-based data messaging, telephone connections and interoperable radio, no matter how remote, devastated or treacherous their location. Information flowed, coordination improved—morale rose.

The BLOS SATCOM signal degradation issues caused by the wreckage and terrain can be instantly resolved, thanks to the addition of a SATPAK, also manufactured by 308 SYSTEMS. When a SATPAK is used with a TAC-PAK, robust, reliable BGAN and VSAT satellite connections are ensured, no matter what BLOS challenges the terrain presents. With the TAC-PAK/SATPAK combination, effective mobile command and resource coordination is possible where otherwise none would have been available.

The communications situation was uncannily similar when the 8.8 magnitude earthquake hit Chile in South America in 2010. Natural disasters on such a grand scale have a knack for hindering the legacy communications infrastructure that is so necessary for any successful response. Thankfully, responders have access to the cost effective and easily deployed briefcase mobile command systems. 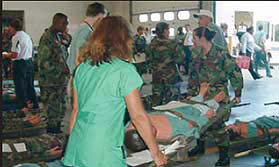 Experiences such as the South Asian tsunami in 2004, or the Chilean earthquake in 2010, have given emergency and security personnel all over the globe pause as they realize that traditional van- or trailer-based mobile command centers can be costly and impossible to deploy where and when needed. In the event of natural disasters, traditional mobile command vans can be stymied by damage to the unit itself or due to impassable terrain—such can certainly slow down units, which can lead to missed, crucial response times. Furthermore, traditional van- or trailer-command centers may not be equipped with all of the technology needed to ensure communication persistence. They are also quite costly to operate and maintain. When natural disasters or urban emergencies occur, BLOS satellite connectivity is often threatened. Reliable, ultra-agile and cost-effective communications responses are necessary—that’s why mobile command systems such as the TAC-PAK are becoming coveted by first responders and NGOs. 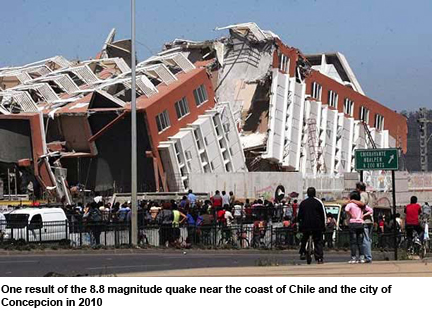 The TAC-PAK and SATPAK represent a new paradigm in mobile command that allows personnel to do far more with a lot less. Such portable command systems have proven successful in situations, such as the aforementioned tsunami and the earthquake disasters, as these units can literally be carried into any situation and be deployed within minutes.

There are no worries about impassable terrain or BLOS issues. There are no maintenance costs and no recurring operational costs. Each TAC-PAK is custom-configured to agency-specific needs from more than 30 reachback and local mode options, including everything from satphone/cellular Internet, radio interoperability, videoconferencing, and printer/copier to HAZMAT software, and more.

Systems such as these are cost-effective, customizable and ultra-agile, offering increased agency deployment options. Regardless of the varied communication needs of military, government and non-governmental organizations, 308 SYSTEMS is able to configure and integrate their specs into a rugged, reliable, ultra-agile and battery powered mobile command briefcase. 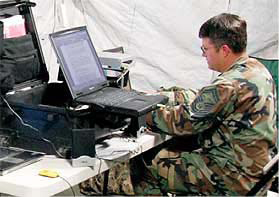 About 308 SYSTEMS
The Company has been providing state-of-the-art communications solutions for nearly 15 years and supports more than 315 commercial, government, and military agencies around the globe. The company is constantly innovating and has proven that it is possible for personnel to successfully perform all communications from ops in the field—where previously, communications were bound to one center. With products such as the TAC-PAK and SATPAK in the field, the possibilities of who, what, where, when and how mobile communications are used become endless.